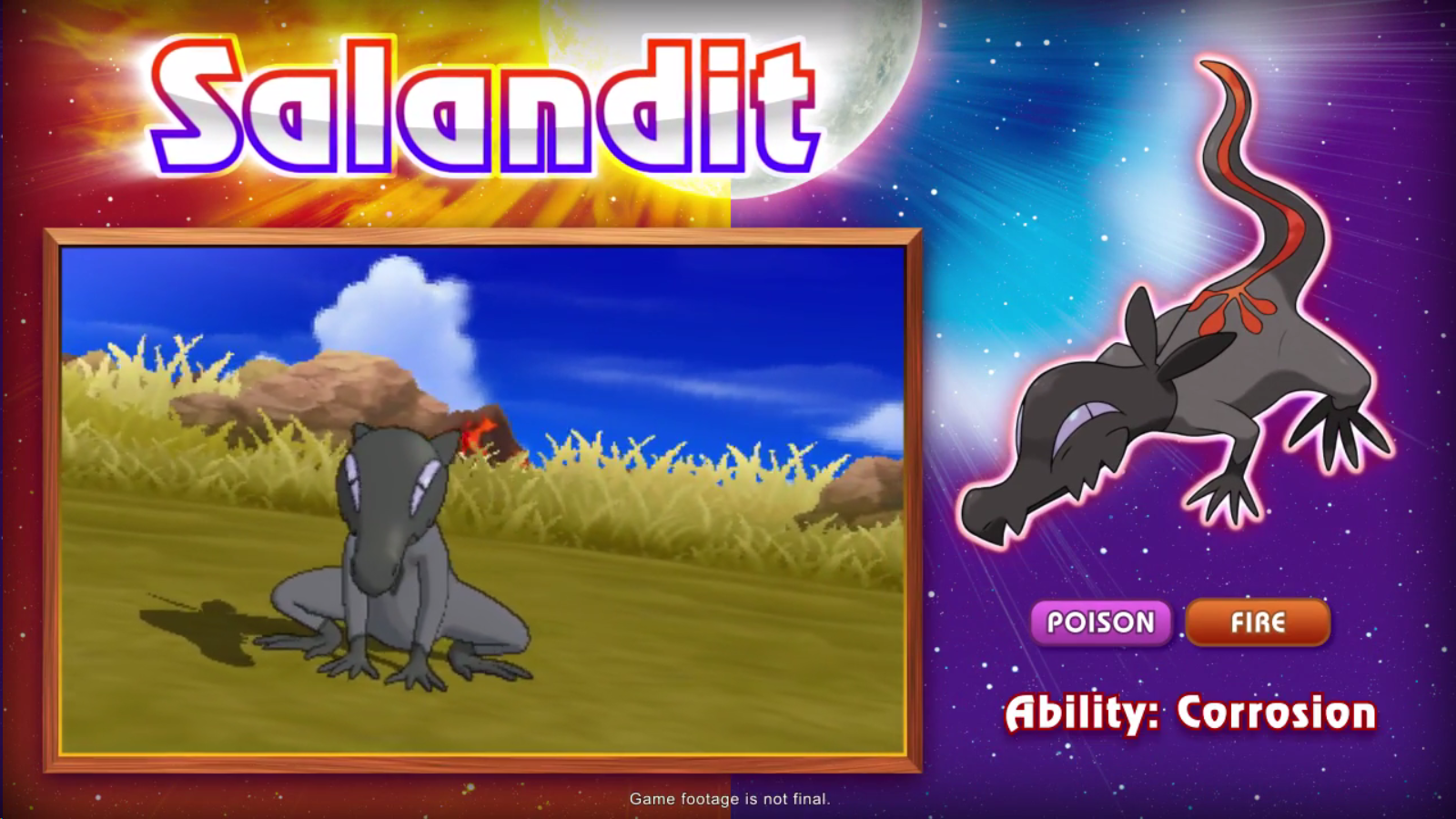 As if the reveal we got last week of new Pokémon wasn’t enough, Junichi Masuda has been kind enough to reveal a new Pokémon for us at the Japan Expo in Paris.

The new Pokémon is Salandit (Tritox in France,) and it is a Poison/Fire-type, the very first in fact and comes with the ability: Corrosion, which is automatically going to become a favourite for a lot of gamers because it allows Salandit to poison other Poison-types and Steel-types, which means no Pokémon is safe from being poisoned by Salandit.

As well as a description, you can find footage of the new Pokémon below:

“Salandit emits toxic gas, together with flames, from the base of its tail. This poisonous gas has a sweet smell, and anyone who unknowingly breathes it in will become dizzy. Salandit is not a very powerful Pokémon, but its cunning nature allows it to battle fiercely by throwing its opponents off balance.

Salandit females not only release toxic gases, they can also emit pheromones that attract males of all species, including Pokémon and humans. Inhaling these pheromones may cause opponents to be controlled by Salandit’s will.

For additional information regarding the Toxic Lizard Pokémon, be sure to check back tomorrow and we’ll have up a Who’s That Pokémon? post all about Salandit, but should there be any other reveals out today, we’ll be sure to cover it, but we highly doubt there will be anything further.