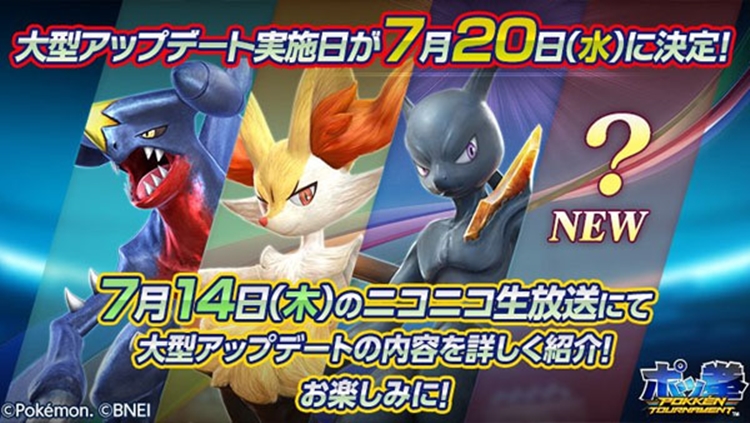 Pokkén Tournament is to Receive a New Fighter (Arcade Version)

There has been no reveal as to who this new fighter is, but we do know it will be revealed during the NicoNico stream on July 14th whereas the actual update itself is not set to come out until almost a week later of the 20th of July. Also not specified is whether this new fighter will be coming to the Wii U version of the game, but since the arcade version is now getting the Wii U exclusives fighters, there is a very good chance it will

It was previously revealed that the new update for Tournament does have files for Darkrai, Scizor and Emploen, it doesn’t necessarily means the new fighter will be one of those as it could just as easily be another Pokémon fighter altogether, but given the line-up that is coming to the arcade version Darkrai seems more likely out of the three.

We’ll be back to continue the story as soon as more details come out.