Hacker Attempted to Steal The Legend of Zelda: Breath of the Wild Demo (Rumour) 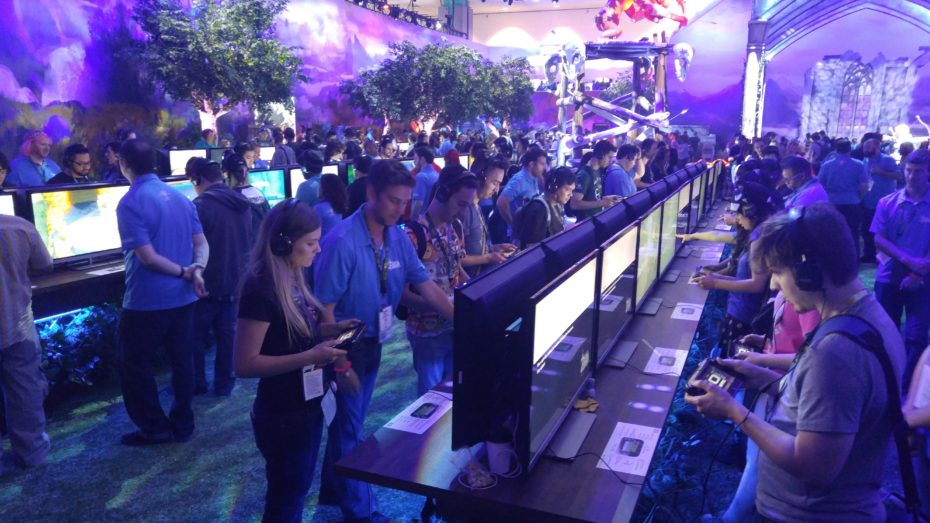 In case you haven’t heard enough about The Legend of Zelda: Breath of the Wild last week, here’s another article dedicated to the game and the recent rumour that is flying around the web, in which apparently a hacker tried and failed to hack the demo of the new Zelda game, but according to notorious hacker NWPlayer123, this rumour is true.

Not only though is the attempted hack “true,” but not only is it possible, but its fairly simple too. According to NWPlayer123, all that is needed to steal the demo is access to one of the demo pods and the GamePad and the right set of tools, along with TCP Gecko, which connects the system to a pc and can transfer the code. Something that will take a few hours to happen, whilst at the same time allowing the game to run as normal and we even have a quick statement form the creator of the TCP Gecko:

A.W. Chadwick: “The user would navigate to a special webpage which tricks the Wii U into running code not developed by Nintendo (we call this arbitrary code execution, ACE for short.) Once the user has achieved ACE, they can then cause the Wii U to do almost anything they would like it to. Like most tools however, my tools can be used for both good and bad purposes.”

As already stated, NWPlayer123 is the hacker who came out saying this rumour is true and if her credibility on this is in question, she’s the hacker who leaked information of Splatoon’s DLC before Nintendo even announced it. She hacked Splatoon so that the Octolings could be playable and was one of two who uncovered the Callie and Marie costumes for Super Mario Maker last month and has datamined a number of other Wii U games. In short, if she says such a thing is true, then it mostly likely is. Then again, she should know as she apparently had a role the Zelda Heist and to give further proof to the story, the actual hacker who was behind this attempt, has come out to Kotaku and claimed it to be true and not only that, but he gave a personal account over how the hack went down.

According to the hacker, on Day 1 of the E3 event, the problems all started when he was in the Zelda booth and he noticed that the Wii U consoles that were showcasing the game, were not retail units. Immediately this was the first hurdle because the program he intended to use, was not created to interface with the development units and W U kiosks he was confronted with, but he wouldn’t let that stop him. With the help of a few friends, they were able to rewrite the program and upload the modification to Github, where the updated description does state the program was tweaked to work with development units.

“Having to code stuff last minute was a sort of stressing ideal. Mainly [because] you never know how long or how much testing one might need to do before it works, and [there being] a very strict timeframe made the situation worse.

But Day 2 was no better because a new problem was discovered, the Wii U units at E3 were not connected to the internet, which for the data dumping to take place, is necessary. According to the hacker, there is a secret button combination, which was found and permitted him to access to the menu on the development unit he was using and set up the internet connection. So the hacker managed to do the data dump, but it was the wrong data as the TCP Gecko copied the wrong files. Because of this, the hacker had no other choice but to reach out for more help, this time in the form of fellow hacker NWPlayer123, in the hopes she could tweak the program. Now Github does show another update was done, but not on the day, meaning the hacker’s window of walking away with Breath of the Wild, was diminishing.

“Having all the setbacks gave a sort of disappointing but also a sort of thrill like essence feeling, it showed a level of excitement due to the fact we all had to race against the clock.”

But there was no success story here for Day 3 either, because when the hacker arrived 15 minutes after the showfloor opened, the line to play the demo had already been closed and he was unable to get close to a development unit, meaning the heist was over.

Fun fact about all of this is that even though the hacker did come out to speak with Kotaku, as stated above, but even with the hacker’s story and all the tweets between him and those who helped him, it’s not concrete proof such a thing did happen and Kotaku did conduct an investigation. They looked, they dug and they spoke to third-party developer Thomas Hopper, but even at the end of their investigation, they are no closer to uncovering if this heist is in fact true or just an elaborate hoax.

Still this wasn’t the first time Zelda was the focus of hackers as the Skyward Sword demo, as seen at E3 back in 2011, was in fact copied and uploaded to the internet ahead of the game’s release. There was also the time back in 2006 when an unfinished Metroid Prime 3 E3 demo also ended up online. Now just before we end it here, for anyone interested in seeing the steps Kotaku went through to discover the truth, be sure to click here.