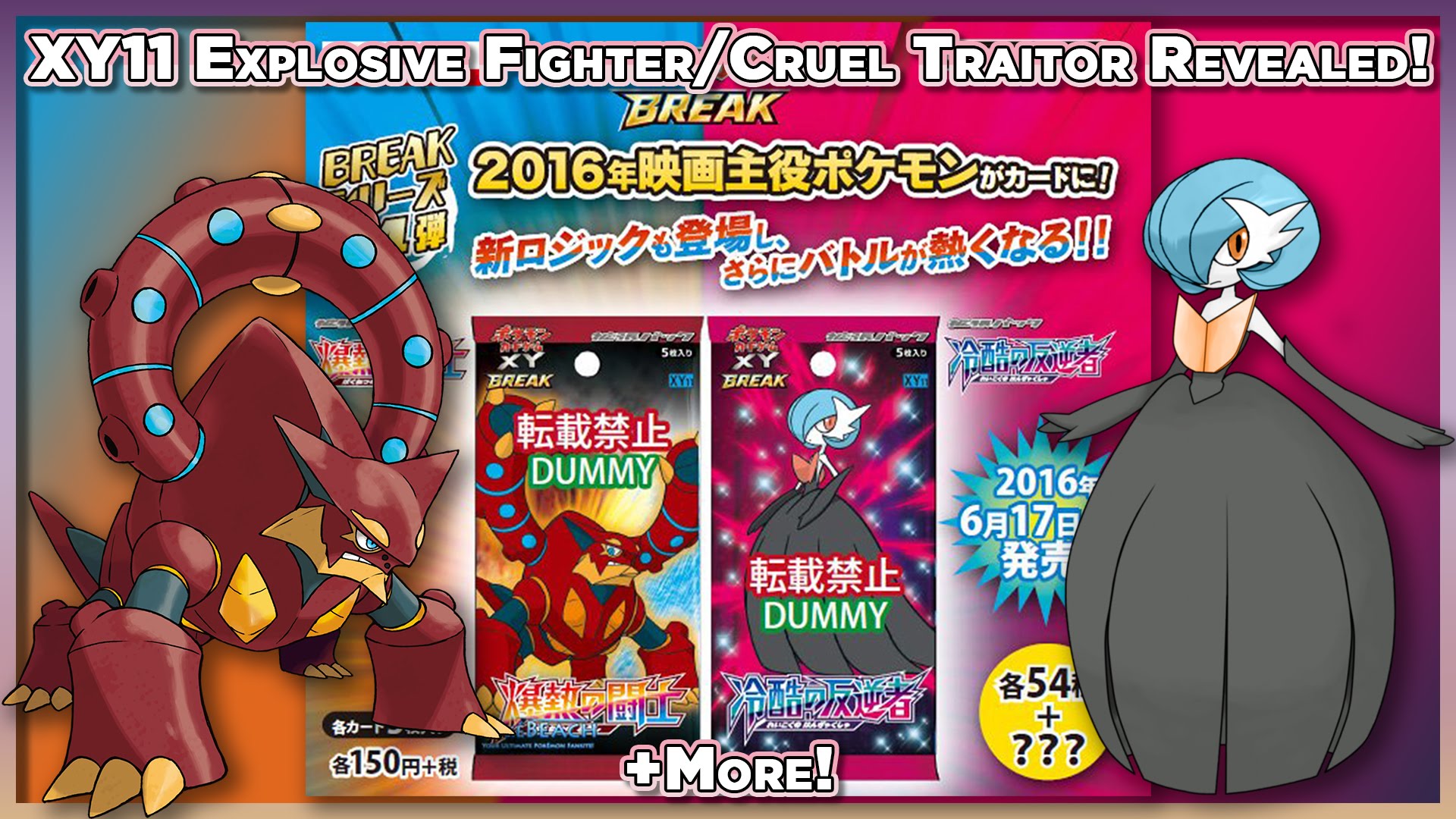 With Volcanion & the Ingenious Magearna, the 19th instalment in the Pokémon Movie series, due out in Japanese cinemas next month on the 16th of July, Japan will be able to see the two in action a lot sooner as the XY11 Explosive Fighter/Cruel Traitor set is set for release on the 17th of June.

We already knew both a Volcanion and Magearna card were on the way as a means of promoting the upcoming movie, but now we have official art of the Magearna-EX card, which you can see for yourself right here:

Annoyingly though, because the card is a Pokémon-EX, it means we won’t be able to learn any additional info about Magearna due to the fact the card will lack any Pokédex information, but to make up for it, we do have an English translation of the card’s details:

Prevent all effects of your opponent’s attacks, except damage, done to each of your Pokémon that has [M] Energy attached to it.

During your next turn, this Pokémon’s Soul Blaster attack does 60 damage.

When a Pokémon -EX has been Knocked Out, your opponent takes 2 Prize cards.

This is a truly beautiful card and for anyone not in Japan who would love to add it to their collection, an English version is due for release, as part of the XY11 Steam Siege set which releases in America and the UK on the 3rd of August.