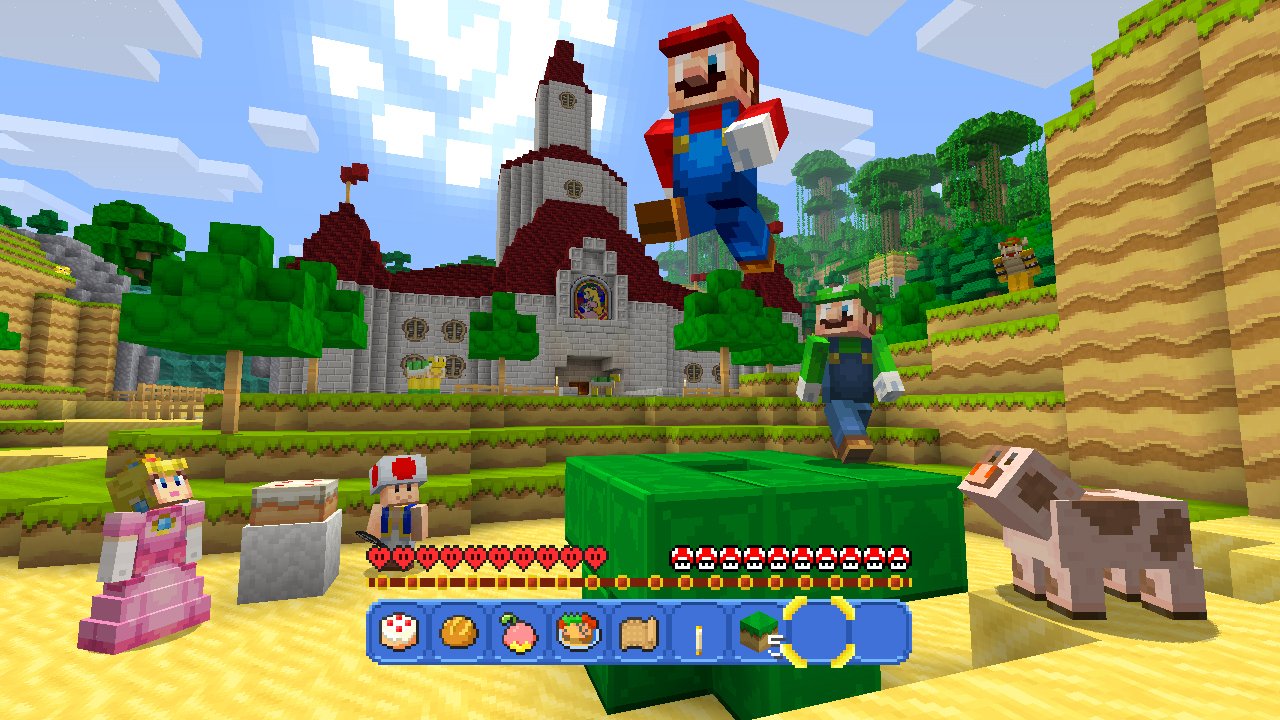 Minecraft is About to Get a Whole Load of Mario!

Great news Minecraft fans, not only is the physical version of the game set to release on the 16th of June in North America, at the cost of $29.99 which is the same as its eShop counterpart, but before then, there is a huge update that’s one the way!

An update which will see Nintendo and Mojang working side by side as they bring the world of Mario to Minecraft and you can get this pack on the 17th of May and it won’t even cost you a single cent. So what does this new update bring with it? Well for starters there are 40 available skins, a pre-made Mario themed word, Super Mario themed music and all sorts of item textures. But before you start thinking this Super Mario package will only pertain to one game, everything that can be found as part of this pack, are inspired from many games in the series, which includes Super Mario Sunshine and 64.

The news of this reveal is all thanks to Nintendo who not only have a trailer for us but an announcement as well, both of which can be found below:

In a match made in block-shaped heaven, Nintendo is partnering with Mojang and Microsoft to bring the imaginative worlds of the Super Mario series and Minecraft together. For the first time ever, players will be able to fend off blocky Hammer Bros. and Dry Bones the same way they do Creepers and Zombies.

“Both the Super Mario franchise and Minecraft embrace the magic of exploration and discovery,” said Steve Singer, Nintendo of America’s Vice President of Publisher & Developer Relations. “Players will have a great time adventuring and creating in this free game update that embraces the unique and memorable elements of both franchises.”

The Wii U version of Minecraft features the full game, as well as many of the most popular previously released content packs for no extra charge. Downloading the Super Mario Mash-Up Pack gives players 40 new Super Mario-themed skins, which transform the game’s characters into familiar heroes like Mario, Luigi and Princess Peach, and even troublemakers like Bowser, Wario and all seven Koopalings. All the world and item textures in the game will also be redone, providing players the opportunity to create their own Super Mario-themed locations within the world of Minecraft. While building, players will even enjoy listening to the smooth sounds of 15 pieces of music from Super Mario 64. Builders of all ages will love crafting massive new worlds using building blocks inspired by a series as accessible and recognizable as Super Mario.

For anyone who purchases the physical copy of Minecraft, the game automatically comes with the Super Mario Mash-Up package, so you won’t have to worry about downloading it after buying the game and getting it home.