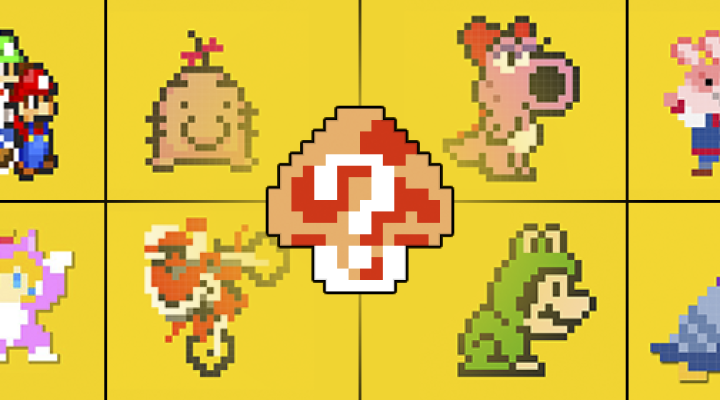 Are the New Costumes Worth It? Super Mario Maker

After a couple of months of event courses and costumes, Nintendo’s BAFTA winning Super Mario Maker was on the receiving end of update version 1.40 and as well as new toys to play with, a whole new batch of costumes became available, but are they really worth it?

Not all the new costumes are unlocked by completing Super Expert mode on the 100 Mario Challenge, in fact you can actually get 3 by clearing Normal and 4 by clearing Expert, leaving 5 costumes which can only be unlocked via the means of Super Expert Mode, but when the harder to get costumes consist of Volleyball Player, Bubbles and Mallo from Pullblox, (Pushmo), you have to ask yourself if the costume is worth the effort getting?

As a gaming perfectionist, I strived to get them all, back when it was a measly 100 on offer and I did get them all. It took so many attempts and hours to complete Expert mode the required amount of times, but I went the mile and wouldn’t stop until I did get them all. Then when the update came out and the event courses started to flood Super Mario Maker, I found myself obsessing about collecting all the new costumes, including Fighter Fly, which with time, I was able to snag. I allowed myself to get totally caught up with getting them all, acting as if they were Pokémon and I just had to catch them all.

Even now I feel compelled to get them all, but I’m still enjoying Bravely Second: End Layer and am also in the middle of loving every minute I spend replaying Twilight Princess HD, and I don’t see why I should stop playing these two great titles, just to try and get some new costumes instead. I’ve already got Tetra, Nabbit and Balloon Fighter, who in my opinion are the good ones, so why should I spend time trying to grab the rest when that is time I could be spending playing any other game in my library, or building a new course.

From the event courses we’ve had some questionable costumes already, so yes it is no surprise the new update gave us more of the same quality, but at least with the event course costumes, it’s just the one level you have to play through, a brilliantly designed level such as the Twilight Princess HD one we saw released last week. I didn’t need to play it to unlock the Wolf Link costume, my amiibo did that for me already, but I played the course because I like to play the event courses because of their design, to me the costumes are merely a bonus, but doing Super Expert mode just to get Disk-kun, it just doesn’t feel like it’s worth the time and effort, not even just for the satisfaction of beating Super Expert. It might be worth it much later on down the line if the costumes on offer are “good ones,” but for now it’s just not and I think I’m just going to stick to playing course world and making courses during my next couple of plays.

Then again, all of that is just my view on the worth of the new Mario attire, and here at Miketendo64, we love to hear your views. Better yet, if you have made a course with the new tools, be sure to leave a course ID or bookmark link, so we can give it a play the next time we’re kicking it in the course world