It Finally Happened, my First Amiibo! 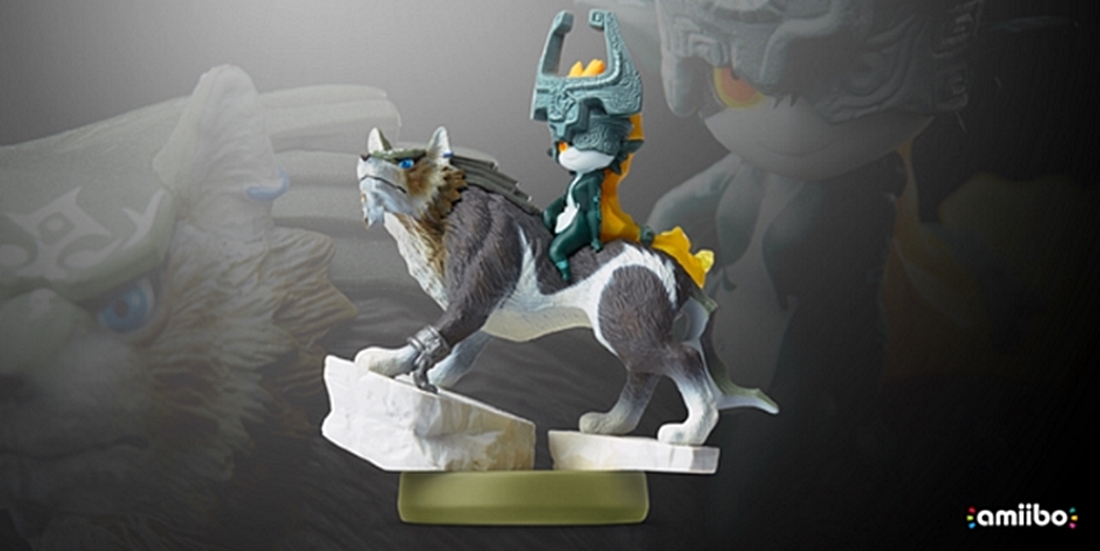 Even now as I sit here, staring into the eyes of Wolf Link and Midna, I can’t quite believe it’s happened, that I’ve finally become a gamer with his very own amiibo.

From Day 1 I’ve really liked the idea of them and see them in action plenty of times when hanging out at Mike Scorpio’s, a gamer whose collection is constantly growing, but I always said: “Nope, not me. I am not catching the amiibo bug.” But now here I am, with my very first one and all I can think is: “My God is this it? Is this the beginning of the end and the top of the slippery slope? A slope that would send me sliding down into depths of obsession and desiring for collecting amiibos?” But then I look at my Wolf Link amiibo and just don’t care anymore.

The amiibo looks incredible and already I’ve registered it used it to unlock the Wolf Link costume in Super Mario Maker and will be using it a lot more over the course of the weekend when my Twilight Princess HD adventure leads me to the Cave of Shadows. Ever since I first saw it during the Nintendo Direct during November, 2015 I just had to have it. I could actually take or leave Twilight Princess HD, but then the amiibo came on screen and all I could think about was just how much I needed it in my life, and my decision to get the game was also made.

If there was any doubt about the purchase, there certainly isn’t now. The game looks incredible, but the amiibo is breath-taking. Some amiibos are pretty sweet to look at, but this one is certainly a work of art and now it is my work of art, but I can not let my love for this amiibo consume me. I don’t need to develop an obsession for them and start building a massive collection, I’m already doing that with games and I just can’t afford it. Well I can, but I need to take this slow, especially since in two weeks time, I’ll be getting my copy of Pokkén Tournament, complete with Shadow Mewtwo amiibo card and yes it may not be an amiibo figurine, but it is still an amiibo and I will gone from none to two within weeks of each other. Plus if I do go out spending all of my money, how will I be able to buy the Bayonetta one when that comes out?

Oh God this is getting worse, I’m starting to go amiibo crazy, so with that, I’m just going to shut up and stare at my new pal Lycan (I know, it’s sad. I’ve had an amiibo for two minutes and already I’ve named him), and play some Twilight Princess HD. This afternoon was a good one, but this evening will be even better.

Teaser Trailer For Super Mario Bros. Movie To Be Shown Next Month

One thought on “It Finally Happened, my First Amiibo!”