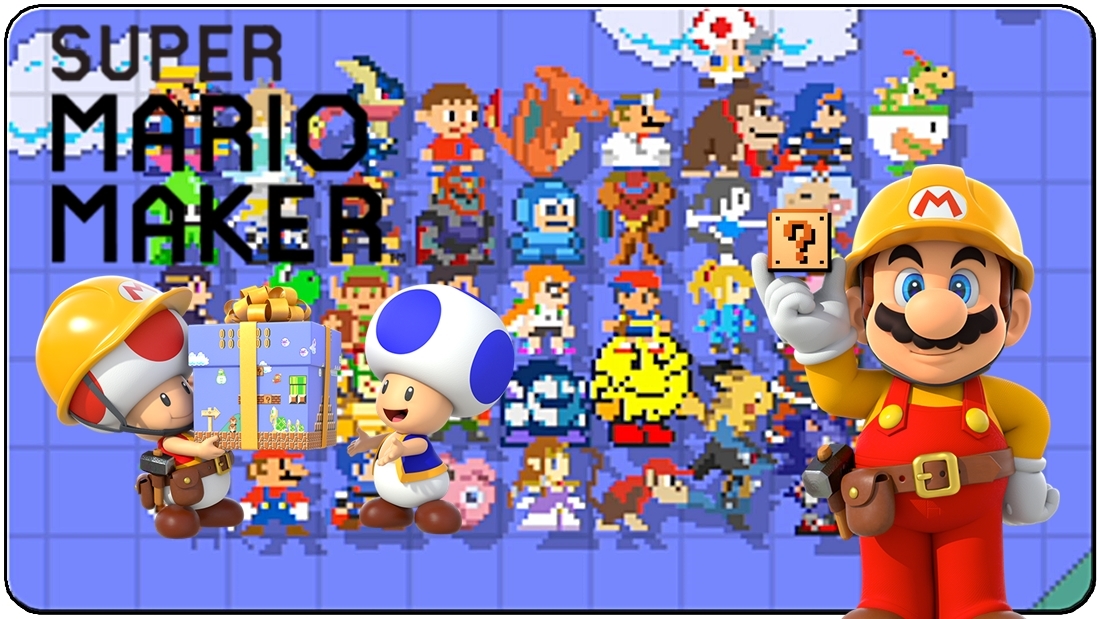 Super Mario Maker – The Costumes we Want and the Ones we may Get!

With more and more costumes landing in Super Mario Maker I thought it was high time to update my list of predictions. Back in November, after the reveal of Cloud, I was quick to write up a short list of costumes I’d hoped to see make it into the game next. Costumes which included the likes of Cloud to celebrate his arrival to Smash, a Paper Mario costume to celebrate the release of Mario & Luigi: Paper Jam Bros. and also a Linkle & Wolf Link costume for both the release of Twilight Princess HD and Hyrule Warriors Legends. Well, so far out of that list of four, one of those did come true, with the prospect of at least one more to come to fruition.

But given the way the costumes are going, a new list is certainly needed, but instead of doing a list of the ones I believe we can expect to see, I’ll also include a list of the ones we want/need! You can find the lists for both below:

Costumes we want: (aka the costumes I want)

After all the grief Luigi gets, I thought it was great to see him brainwashed and become the ever cool and evil version of Luigi. He even had his own theme tune and made a great secondary protagonist

When you think about a character from Final Fantasy, it’s usually Cloud and why wouldn’t it be? He’s got the hair, the moves and the giant sword, and the best friend who goes by the name of Tifa.

We may not like her name, or her belief that she is the reincarnated hero, but the girl has some moves and anyone who grew up around cuccos and lived to tell the tale, they can only be the most powerful person in all of Hyrule.

*Link from 1991’s classic Legend of Zelda: A Link to the Past

With the iconic series celebrating its 30th anniversary and A Link to the Past hitting 25, it would be a nice touch to have another Link made available into the game. Sure Kid Link from Ocarina of Time would be the more obvious choice, but I would honestly rather the pink-haired version.

I have no real reason why he should be in the game, other than the fact that I just really want him in it and would think it highly hilarious as Super Mario Maker was considered to be Nintendo’s alternative to Minecraft.

With the game being the hit it is and its own amiibo, the valiant Knight deserves a place among the other amiibo available characters in Super Mario Maker

With the rumour of an amiibo in the works for each sister and with just how much love the two seem to be getting, surely it is only a matter of time before they get their SMM moment. The game’s already got 3 Splatoon characters, why not one or two more?

Costumes we will get: (My Predictions)

With the release of the HD version of a game celebrating its 10th year anniversary, during the game’s series 30th anniversary and released alongside its very own amiibo, which will also work with Zelda U regarding save data, Wolf Link truly deserves its placement in the game.

Sure we already have one Mewtwo, but just like in Pokkén Tournament, two Mewtwos are better than one and the same can be said with Super Mario Maker. We already have one sprite in play, surely changing its colour wouldn’t be all that hard.

With so many Fire Emblem characters in both Smash and Super Mario Maker, Roy is actually sorely missing and with his amiibo due for release in March, it is about time he got to join his comrades in arms.

If any hard hitter truly deserves a place in Super Mario Maker, it’s got to be Ryu. Like Roy, he also has an amiibo coming out soon and given as how virtually almost every fighter from Super Smash Bros. Wii U & 3DS are available as costumes in the Mario game, I honestly belief Nintendo will be adding him to the line-up, along with an incredible event course.

Having already got R.O.B in the game, it shouldn’t be that hard to change his colours and re-release him as the Famicom version, much like changing the colours of Mewtwo so we can get a Shadow version of the Pokémon.

The temptation to add more names is a great one, but for now I am happy with my selection and even if we only saw half of this line-up come true, I’ll be a very happy bunny indeed, much like the bunny from Nintendo Badge Arcade, except I won’t be pink all over.

But this is just my list, we want to hear yours, so please be sure to list the costumes you desire in the comments below, we look forwards to hearing who you would love to see arrive next in the game.


Categorised in: Amiibo, Wii U