One Last Fight! The Final Smash 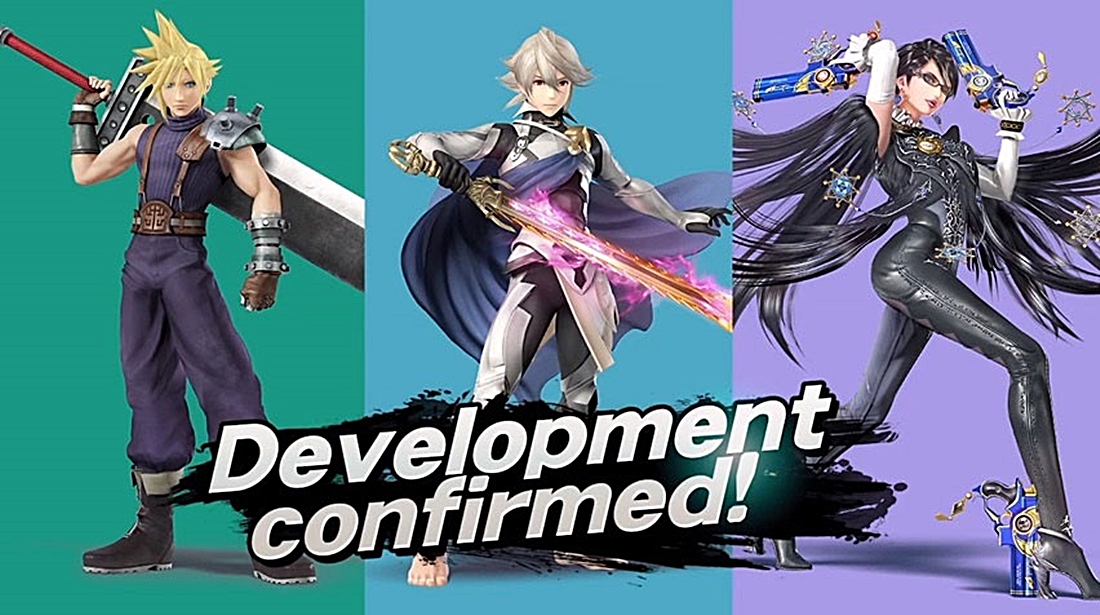 Well we had it, the final Direct regarding Smash and what a Direct it was, giving us not just one, but three and I for one can not contain my excitement over the fact that the big bad Umbra Witch, Bayonetta is joining the battle. She really showed Pit what for in her opening trailer.

But we didn’t start with Bayonetta, we started with the announcement of new fighter Corrin, from Fire Emblem Fates, a game already released in Japan but has yet to enter North America and Europe and he certainly comes to the world of Smash with an interesting move-set, a sword that is more dangerous when used further away. Able to turn into his dragon form to unleash devastating attacks and break out his wings for whenever he needs them, but as far as this new fighter is concerned, players will have to wait until February before they can get their hands on him by making the purchase. However unlike the two other new fighters, he does not come with his own stage, but he does have his own set of tunes that can be added to the Fire Emblem stages that are available and he, like Robin, is playable in female form.

Corrin wasn’t all that wasn’t revealed before the spotlight turned to Cloud, also announced was a couple of new Mii Fighter costumes and hats, which does include Miis being able to don the garb of Geno, an old RPG friend of Mario’s and there’s even costumes of both Knuckles and Tails and a Chocobo hat, which both Geno and the Chocobo hat will be made available within hours of the Direct. Then, as expected, Cloud Strife is also on his way.  Gamers can purchase him and the new Final Fantasy VII inspired level of Midgar, where fighters can not only just slash and swipe and kick and bite one another, but also collect Summon materia that can be used to summon the likes of Leviathan, Odin, Ifrit and a few others, who will harm all those except for their summoner. Instead of direct attacks, their moves directly affect the stage but will cause damage to whoever puts themselves in front of their flames, electrified platforms and blasts.

Cloud comes with not one but two costumes, one from FF7 and the other from FF7: Advent Children, which are pretty much the same, save for a few differences on his left side of the body, but still pretty minor, but who cares about how he’s dressed when hiss final move is the Omnislash? And you know, he’s Cloud Strife and he is in Smash! It has happened, he is here and he is not alone because Bayonetta snatches up the final fighter slot, making her fighter 58 in a game where all the dlc was made from scratch, after the game was finished. And if you’ve played Bayonetta, 1 or 2, or both, you will be pleased to learn both versions of her are available as costumes, in a range of colours that include a Jeanne inspired colouring and her attacks are the same as ever. Witch time is here, as is the Bat Within and just like in her games, she can fire all four guns, whether you use the two in her hands, or on her heels and her final smash is of course her deadly Infernal Climax.

And like I stated earlier, Bayonetta also gets her own stage, the Umbra Clock Tower, but both will not be coming to Wii U and 3DS until at least February next year, and details of the specific dates are on their way in due time, meaning after months of waiting to find out who won the ballot, we now have to wait a few more months for the two. Bayonetta was Europe’s number 1 voted contender and made it into the top five for North America.

Other news revealed concerned Nintendo’s amiibos, Roy, Ryu and R.O.B in his Famicon colours are on their way, set for 2016 and joining them will be amiibos of Cloud, Corrin and Bayonetta as the three now finds themselves in production, with a release date to be announced much later on, most likely in the new year but after such a great reign, one can’t help but consider the amazing states the Direct shared with us:

A total of 58 Fighters

You can’t deny Smash had a great run on both the Wii U and the 3DS, Nintendo really upped their game when it came to Smash and they succeeded. There will be no more dlc but there is plenty on its ways to keep us playing for another four months at least/ But seriously Bayonetta hurry up and get here, Bayonetta 3 hasn’t been confirmed yet and I really need to get another game with her in. Until then, Smash will have to do.

If You missed the Smash Final Video Presentation, you can watch it in its entirety via the link below or via Nintendo’s Youtube Channel. As always, till next time folks. Keep up the good fight and Keep on Gaming!

Teaser Trailer For Super Mario Bros. Movie To Be Shown Next Month