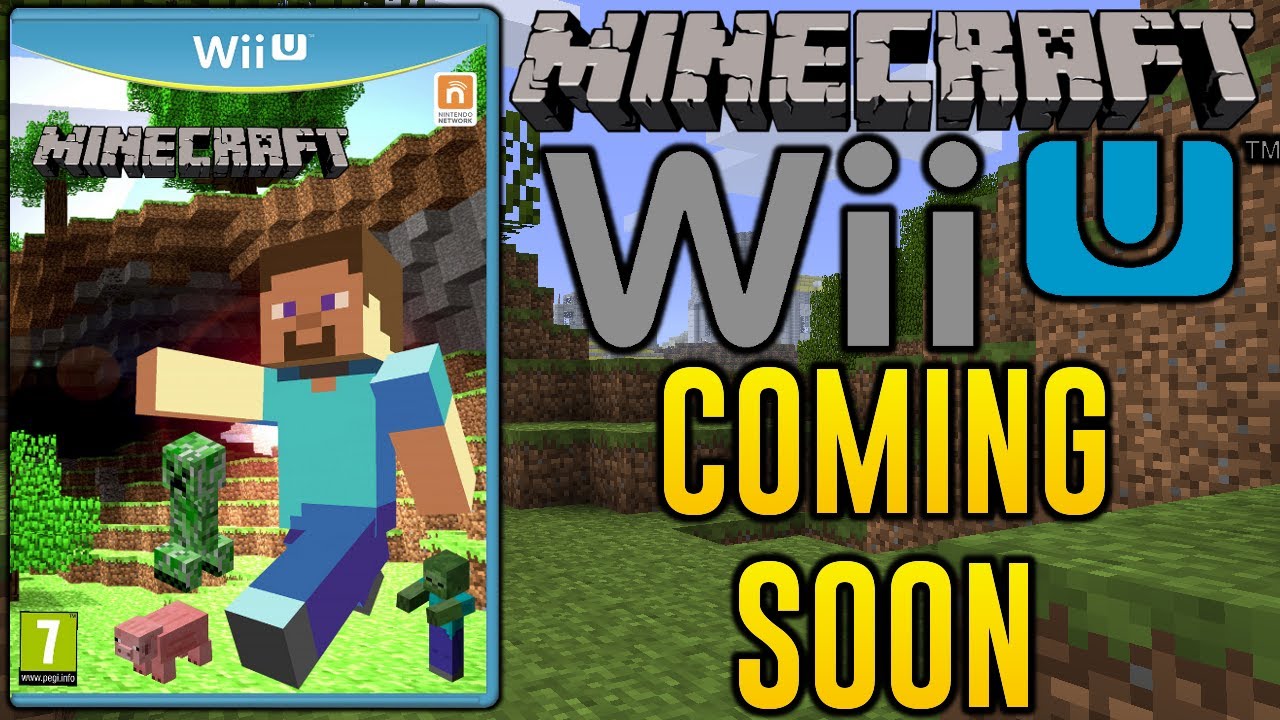 Minecraft Wii U, Maintenance and More!

Nintendo has given word that Minecraft will in fact be coming to Wii U after all. It has been announced that the game will be coming to both Europe & the United States come 17th December this year. Whether or not this is the ‘BIG’ Announcement from Nintendo that they had teased has not been confirmed but I personally think that waiting for anything even ‘better’ than this maybe fruitless. So I would assume that this is most probably it.

Nintendo made the announcement that Minecraft will in fact be coming to the Wii U and not only will 16 packs already be available for purchase from the get-go, but there will be 6 more to follow, whilst Nintendo and Mojang aim to add more content to keep Nintendo gamers occupied for the months to follow. There was some confusion over the game recently when one minute it could easily be seen on the PEGI website, only to be removed and the game didn’t appear during the Nintendo Direct, but we can all rest easy because the game is happening and it will be available in the eShop at the low cost of $29.99 and as for the 6 additional packs, they’re included at no additional cost.

The Packs are as follows:

The game will even feature off-tv play, meaning like with most of the games already playable on the Wii U, you can still watch, or listen rather, to your favourite tv programs, whilst still playing. Sure there are those who would argue the game has come rather late, but this is December, the month of Christmas, meaning the game could have come right on time, especially since it might just turn out to be the Wii U’s best-selling game for this festive season.

Other news revealed today, concerning 2016’s Pokkén Tournament is that the new playable character Pokemon, which is to be revealed on December 10th might just be Sceptile. This reveal comes from an image that has recently surfaced, which features Sceptile and credits the Pokemon as a playable character, whose support Pokemon includes Electrode and Farfetch’d. If Sceptile is to make an appearance in the game as a playable character, he, or she, is bound to be a formidable fighter, but my money’s on Shadow Mewtwo. But we won’t get confirmation until the 10th which is only three days away so it’s not like we have to wait too long.

Lastly a couple of Nintendo’s biggest games are undergoing maintenance today, with both Devil’s Third and Nintendo Badge Arcade due to follow on December the 8th but the question is: “Is this just a regular maintenance session, or does this have something to do with Nintendo Of America’s BIG announcement today?”

The Games under going maintenance are:

Should this latest maintenance session be connected to the upcoming announcement, I can only see it as being one thing, NEW DLC. That’s right, you heard me, dlc. We already know Cloud is coming to Smash, along with a few new stages, but what if he isn’t coming alone? That another fighter or two will be joining him in what is to be the final dlc for Smash.

As for Super Mario Maker, yes it was only last month when we got the free update, but with a rumoured grand total of 200 Mario costumes supposed to be intended for the game, a new update, or dlc might just be the means in which we get them. Adding a full 50 new costumes to be integrated with the 100 Mario Challenge Mode. We might even get lucky and there could also be a new stage or two, or a function that allows us to create levels that scroll from bottom to top. And who is to say the new dlc would just be limited to those games, Mario Kart 8 could be seeing a new range of vehicles and tires to play with to celebrate the Christmas holidays.

The fact is these games, other than Splatoon which is constantly receiving new content, are some of the biggest games on the Wii U and 3DS at this moment and by putting out some great dlc for the games, Nintendo can bag themselves quite a number of sales this month. After all the reveal of the announcement did come from Damon Baker, senior manager of marketing and licensing for Nintendo of America. Such news regarding all new dlc would bring in sales and keep Nintendo gamers playing Nintendo Games, which would be a great marketing move. The pieces of the puzzle could be coming together.

Thankfully it is just a matter of hours of waiting before the bomb is dropped and us here at Miketendo64 can’t wait.