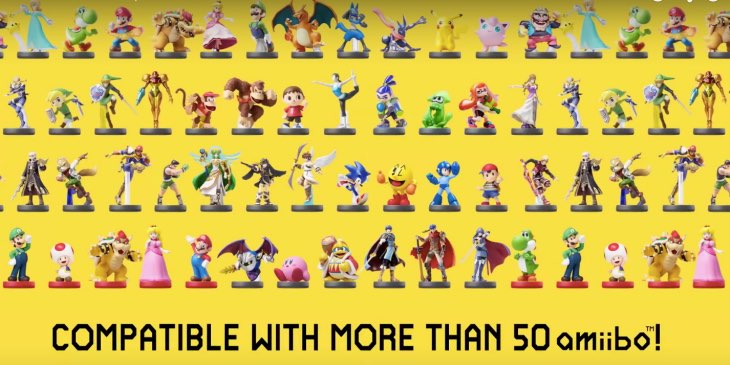 With six out already and an unknown number of more to come, well it’s only fitting to ponder just what other amazing amiibo costumes could later be unlocked and with recent news thanks to the latest Nintendo Direct, I’m pretty sure we can guess two of the possible new costumes, one we could be seeing in the coming December.

With news of Cloud coming to Smash in December and a special Smash broadcast to go out, and the fact the fact that pretty much almost all of the available players in Smash are already playable as unlockable amiibo costumes in Super Mario Maker, I am most certain we have an incredibly high chance of getting a special Cloud amiibo costume turning up, provided we can beat the special Final Fantasy/Smash inspired Event Course that gets released and if this comes true, well I’ll be a very happy gamer indeed.

Another amiibo costume I am most certain to come to Maker is of course the Wolf Link amiibo, we already got Totem Link from Tri Force Heroes, and if Nintendo are going to do that for that game, they are definitely going to do it for Twilight Princess HD, it would after all be the 30th anniversary and come on, out of all the amiibo costumes that are available in the game, are you really going to just let that one pass by, the amiibo is stunning and has to be in the game. It just has to.

And keeping to Zelda, I honestly wouldn’t be all that surprised if we were to also get a Linkle costume, to celebrate the release of Hyrule Warriors Legends , but my fingers are crossed we haven’t seen the last of Mario. It is his game after all and with Mario & Luigi: Paper Jam Bros due for release in January, I am praying for an unlockable Paper Mario amiibo costume. It would just be super.

Well, there you have it, my prediction for four possible forthcoming amiibo costumes, Cloud, Wolf Link, Linkle and Paper Mario, and now we sit and wait to see what the next four months brings. Will these predictions come true, only time will tell.