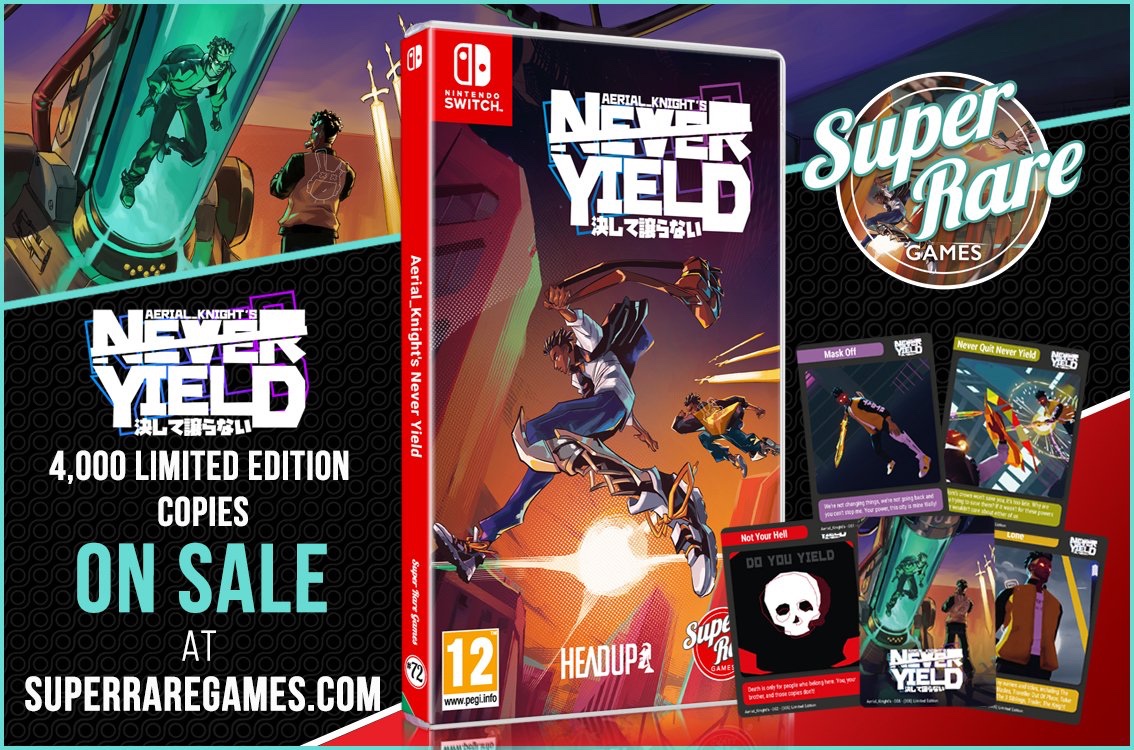 Last month, Aerial_Knight’s Never Yield had the pleasure of becoming one of the latest games to join Super Rare Games’ line-up of physical titles. Having just got our hands on this exciting package, once more we have prepared another photographic unboxing and our results can be seen right here:

Take the role of Wally – a mysterious character that has recovered what was taken from him. Having uncovered something that could change his city forever, he’s now on the path to exposing the truth. Hopefully, you’re fast enough to outrun your enemies.