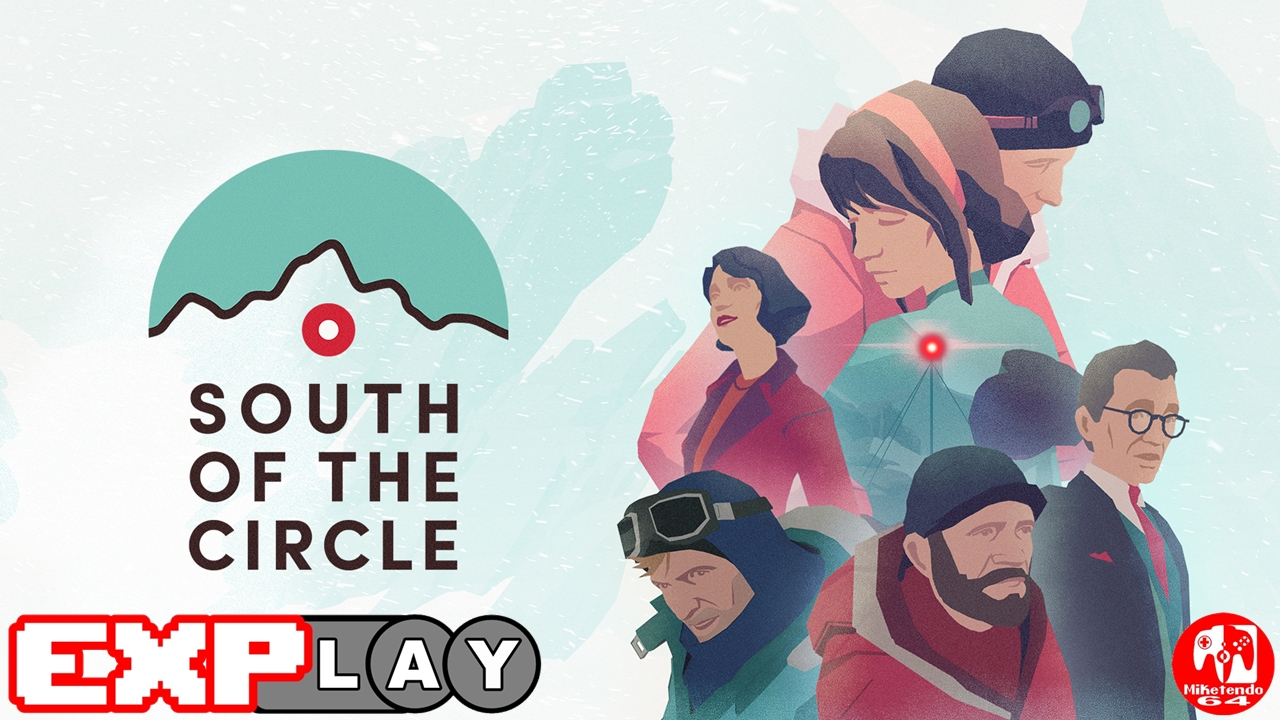 Welcome to EXPlay, (Explain & Play) the review series where we care not for scores but tell it how it is when it comes to every game we get our hands on, whilst also taking the time to include some lengthy gameplay, to give you the reader, the chance to shape your own impressions and views whilst watching and reading. In this installment, we’re covering South of the Circle by developer State of Play.

South of the Circle: (The Explanation)

South of the Circle is at its core a walking simulator game with various dialogue options based on the mood you are trying to convey. You guide Peter, an academic from Cambridge during the real-world events of the Cold War. Navigating around the world, and being a part of various cut scenes, Peter and his love of fellow student, Clara, grow and develop through past and present scenes that are dished over the game.

Early on in the game you guide Peter through an abandoned Antarctica research facility slowly unraveling a mystery. During the journey in my initial gameplay, Peter would black out or recall a memory of him and Clara, and other students in Cambridge, a lecture he spoke at, and more.

South of the Circle, as a narrative game, has a surprisingly decent amount of spoken dialogue and really well-done voice acting. Each character I met delivered their lines with emotion and weightiness that helped immerse me in the story and decisions I was making. Peter and Clara’s moments on the train and lecture hall, as they swooned and flirted felt real. When you have to select various inflections based on how you feel, the lines of dialogue would either boom, when being brash or aggressive, or stammer as you lacked confidence in your response mood.

Artistically, South of the Circle feels akin to a motion painting that uses minimalistic clean colors with sections of contrasting shadows to help define characters, foreground, and backgrounds. There were moments where I felt as though the characters and settings were both realistic and creative in the style it is imbued with.

Peter is controlled with the left joystick and moves around the open areas sometimes needing to look for items and interact with them within the world. The movement is limited but you will need to control Peter and move him around the levels. Along with movement, you will need to respond to certain situations in a number of ways.

Early on in the game, you are shown icons/colors and their meaning behind them. There’s a red circle which means Confusion, Panic, or Concern. A yellow sun for Interested, Enthusiastic, or Curious. A green circle response for Honest, Caring, Open. A dark gray square for Forthright, Strong, and Assertive replies. A small purple circle for Negative, Downcast, or Shy. If you forget these meanings you can go into a quick help menu to remind yourself, as quickly the words are no longer displayed and you must remember their meaning, though it’s easy to associate, in my opinion, as the game progresses. Sometimes you are only given one or two replies, whereas other situations may have you choosing between all of them.

There are subtle details, especially in the Antarctica parts where Peter trudges through the snow, and the footsteps and treads of the car you drive add into the terrain help to add a severity of navigating the frozen wasteland portions of the game. Since you will be visiting various periods of Peter and Clara’s life the scenery can shift at any moment from aboard a train, the school grounds, a street protest, a dark study, and more. This variety really helps to increase the overall emotional impact of the decision you will make as you dialogue with characters you come across.

Walking simulator games with a heavy story focus are not for everyone. While South of the Circle seemingly gives you options in dialogue and decisions that may change the narrative or story outcome. Since I enjoy these narrative stories, as it feels as though I am ‘playing’ a book instead of having to read one, or interacting with a movie instead of being passive, I feel as though South of the Circle is a captivating game and will keep me coming back to see the conclusion. Don’t expect combat or face-paced action here, as from what I have played so far you move slowly and dialogue options linger on screen until you interact with them. But if you are looking for a story-based game, South of the Circle is a recommendation by me, and as I like to say, a certified Jonlike.

South of the Circle: (The Gameplay)