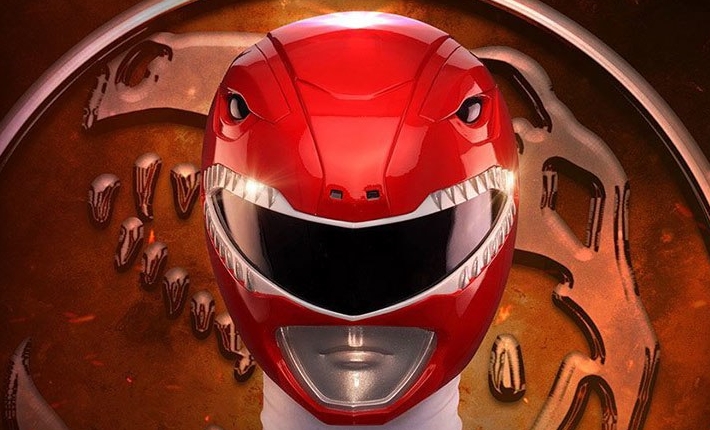 As a child born in the 1990’s, yes, I ended up completely addicted to Mighty Morphin Power Rangers. So much so that 1995’s Mighty Morphin Power Rangers: The Movie became one of my favourite films and I watched it religiously. Looking back on it, I’m pretty sure every time I watched the film, another part of my mum’s soul died, especially when that song came on. For those who do not know of the song I speak of, in advance, I am sorry for the torment I am about to unleash on your soul:

It’s taken a long time to try and get that song out of my head, but ever since a certain encounter, it’s back with vengeance and there seems to be no method of drowning it out this time, but what is this encounter I speak off? As the title of this article gives it away, whilst at May’s MCM London Comic Con 2022, I had a surprise encounter with a former Mighty Morphin Power Ranger and it truly was pure coincidence. Never in a million years did I ever expect to meet the actor behind the Red Ranger I named my German Shepard after back in 1995, yet, as we were checking out the stalls, there he was, Steve Cardenas, aka Rocky DeSantos.

With no mention of the 48-year-old actor among every celebrity guest listed on the MCM London Comic Con app, it truly was a surprise to happen upon Steve Cardenas and his stall, but there he was, Rocky himself, the second red ranger, first seen in 1994’s The Ninja Encounter: Part I. Steven Cardenas first got into martial arts back in 1986 at 12 years old, before going on to land the role of Rocky 8 years later and since his martial artist journey began, he’s gone on to hold a 5th degree black belt in Tae Kwon Do since 2014, runs his own Jiu-Jitsu studio and also holds a black belt in Brazilian Jiu-Jitsu.

Of course, Rocky DeSantos wasn’t always just a Red Ranger, as he also became the Blue Zeo Ranger during the Power Rangers Zeo series, but there he was, in the flesh and stood opposite myself and my family and a conversation immediately ensued. It would have been fantastic to be able to get a full interview with him, but honestly, the “no pressure” conversation we had instead was just as tantalizing.

The conversation flowed so naturally and it was surprising to learn that Steve Cardenas actually resides in the UK, in West London no less and admits to only spending around 12 days a year, back in his own country, going back one day a month for conventions and then coming back to the UK afterwards. Of course, it wasn’t just myself he interacted with, but my family as well and it truly was an interesting experience, that will stay with each one of us, for many different reasons.

Plus, you know, seeing the Reserve Red Ranger helmet was also a worthwhile experience. With only two in creation, one viewable on Steve Cardena’s stand and the other in the hands of one lucky buyer, able to afford the collector’s piece, it’s enough to make one wish to see an entire Reverse Red Ranger. Still, this is one of the things that truly makes a Comic Con experience, the unexpected encounters that can happen anywhere, at any time.