[Feature] Retro Fun For All At RetroChiclana 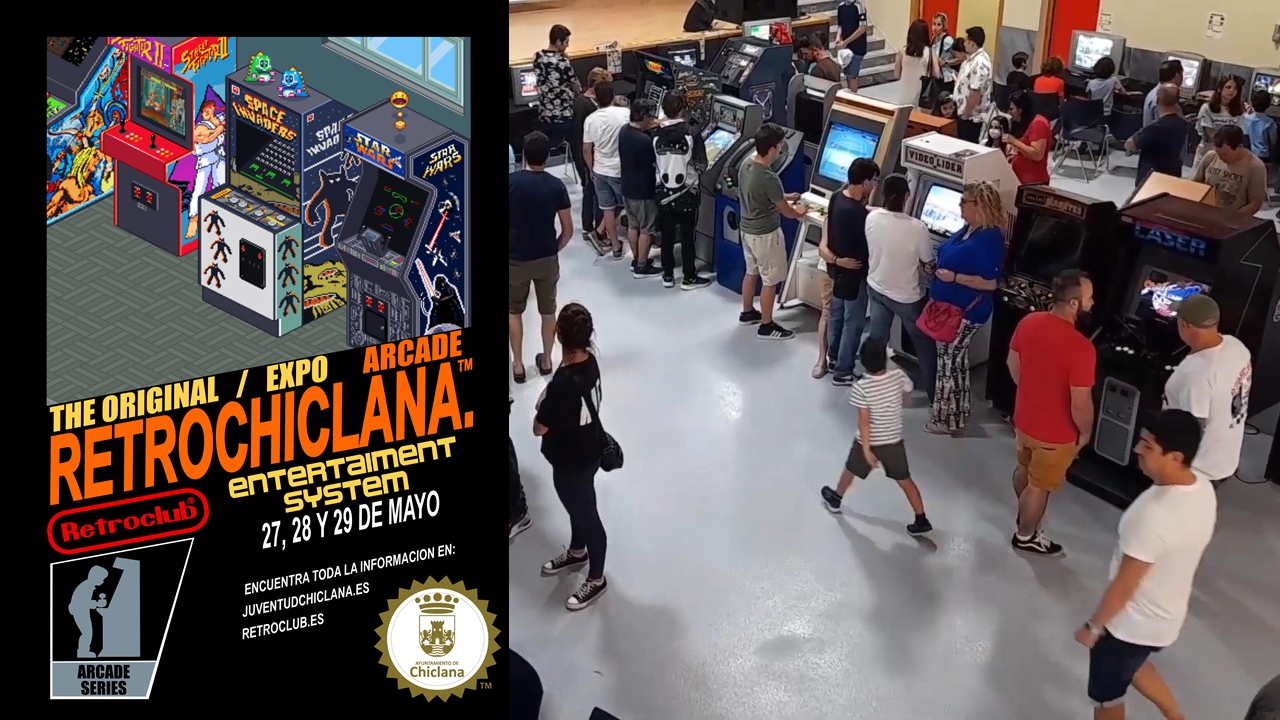 This weekend (May 27-29, 2022), a small gaming event was held in my local town of Chiclana de la Frontera, Spain. It was called RetroChiclana and it had multiple retro consoles and arcade units set up for attendees to play. Admission to the event was free for all and as I thought it might be an interesting event to go to, I roped in my partner and our friends over at The Elite Institute to go and check it out.

RetroChiclana was held in quite a small venue but it still had space enough for over 30 different video game consoles and arcade cabinets of all shapes and sizes that each had their own collection of games that were playable on the systems. We all played on a few of the consoles and cabinets including the likes of Puzzle Bobble 2, Donkey Kong, Tekken and even Perfect Dark.

After playing on the machines for a spell, we decided to check out some of the stalls that were selling merchandise. A couple of stalls had figurines and such on display and a selection of gaming themed T-shirts. The other stalls had retro games for sale from the NES and Sega Megadrive up to Nintendo Gamecube, Wii, PS2 and Xbox 360.

Although I was tempted to pick up a couple of games for some of my older Nintendo consoles, I had to decide against it as a fair number of the games were already available on Switch as part of the Nintendo Switch Online subscription. The high selection of PlayStation games on offer was also enticing but as I have not owned a Playstation console in years, I wasn’t going to start collecting now.

Overall, RetroChiclana was actually quite a lot of fun. Having been to a lot of modern gaming events, I found it a nice change of pace to play some of the older games on their original platforms. It was also really great to see parents bringing their children along and watching the youngsters play games like Mario Kart Double Dash and Donkey Kong Country that their parents used to play when they were their children’s age. It just goes to show that even if a video game is 20, 30, or even 40 years old, if it is still fun, kids will still play them and enjoy them.

While I wrap up this little feature on RetroChiclana, I wanted to let you know that I have also put together a couple of videos so you can see for yourselves exactly what was at the event. In one of the videos, there is also a short interview with Davito; one of the organizers of RetroChiclana, who talks about the event and their organization RetroClub.

Please feel free to watch them and until next time, Keep On Gaming!

RetroChiclana – Retro Fun For Everyone!