Play Like a Pro with the New Mario Strikers Overview Trailer 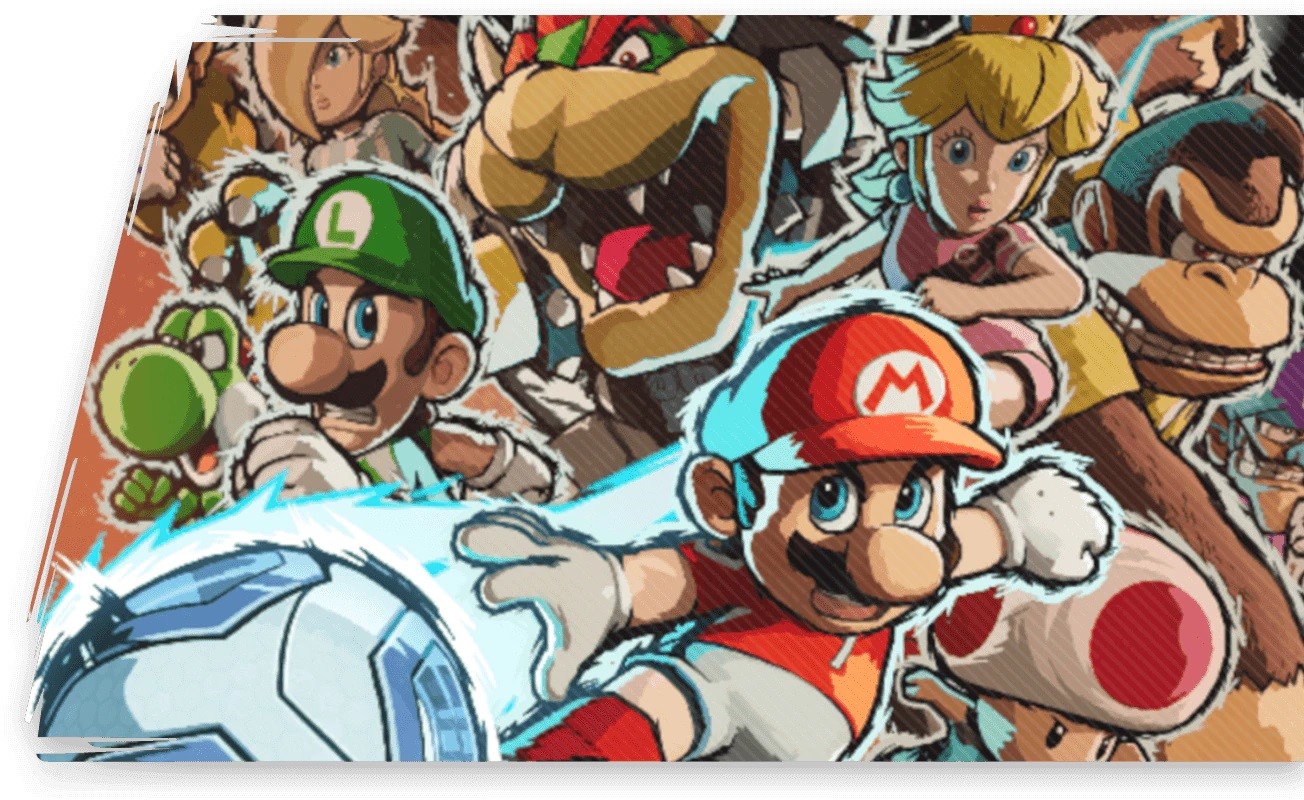 You’ll ain’t ready for this…

Once more, new footage of Mario Strikers: Battle League has hit the net and this time it consists of an extensive overview trailer, covering everything from gameplay to trick shots and more. Watch the non-stop action here:

In Mario Strikers: Battle League Football, players can select among familiar faces from the Mushroom Kingdom including Mario, Peach, Donkey Kong and Toad, and play locally* with up to eight players or take the competition online.** Players can use a Team Tackle to help a teammate cover extra ground,  knock down opponents, or snatch a Strike Orb to unleash a Hyper Strike for two points. Strike has no fouls – so you can make the other team wish they never crossed studs with you!

Even without rules, protection is paramount. While easy to pick up and play, players can also deploy deeper strategies by donning flashy gear that can be equipped to boost their characters’ stats, which will vary between characters, including increased speed and shooting for more scoring potential, or up their strength to resist tackles. Each character also has their own signature Striker Style to discover.

Once geared up, players can gather their fearsome friends together in the online-only Strikers Club mode. In this mode, players are able to create their own club with up to 20 strikers or join an existing one, and then compete against other clubs to gain points and shove their way up the rankings each season. Club owners can customise their club’s uniform and will also earn tokens after each match which can be used to customise the club stadium.

Gear up for no-holds-barred action on the pitch with Mario Strikers: Battle League Football, a five-on-five sport that encourages mayhem and doing what it takes to win. Select among familiar faces from the Mushroom Kingdom and thwack, zap and dropkick your opponents on your way to victory when Mario Strikers: Battle League Football launches for Nintendo Switch on Friday 10th June.

Introducing Strike, a 5-on-5, soccer-like sport with no rules—do whatever it takes to win! Get gritty and try to score the most goals by tackling enemies, using items, and pulling off score-boosting Hyper Strikes. Super Mario series mainstays like Peach, Toad, and Yoshi put their cleats (and stats) to the pitch and will stop at nothing to score. Customize your characters with gear that can augment their stats and appearance. Take the carnage online* or pass the ball to players locally**—just look out for the electric fence.

Join an online club to push and shove your way up the ranks – Band together with up to 20 strikers online* and compete against other clubs for points. Find the right club for you, team up with friends, and bring your own striker style to the table. Strive to become the world’s top club each season!

Pummel the pitch with up to 8 players – 8 players can go for the goal on one Nintendo Switch system, with local wireless**, or online*. Bring along a secondary striker on the same system in online battles, too. Locally, 4 players on each team can go cleat-to-cleat in individual matches.