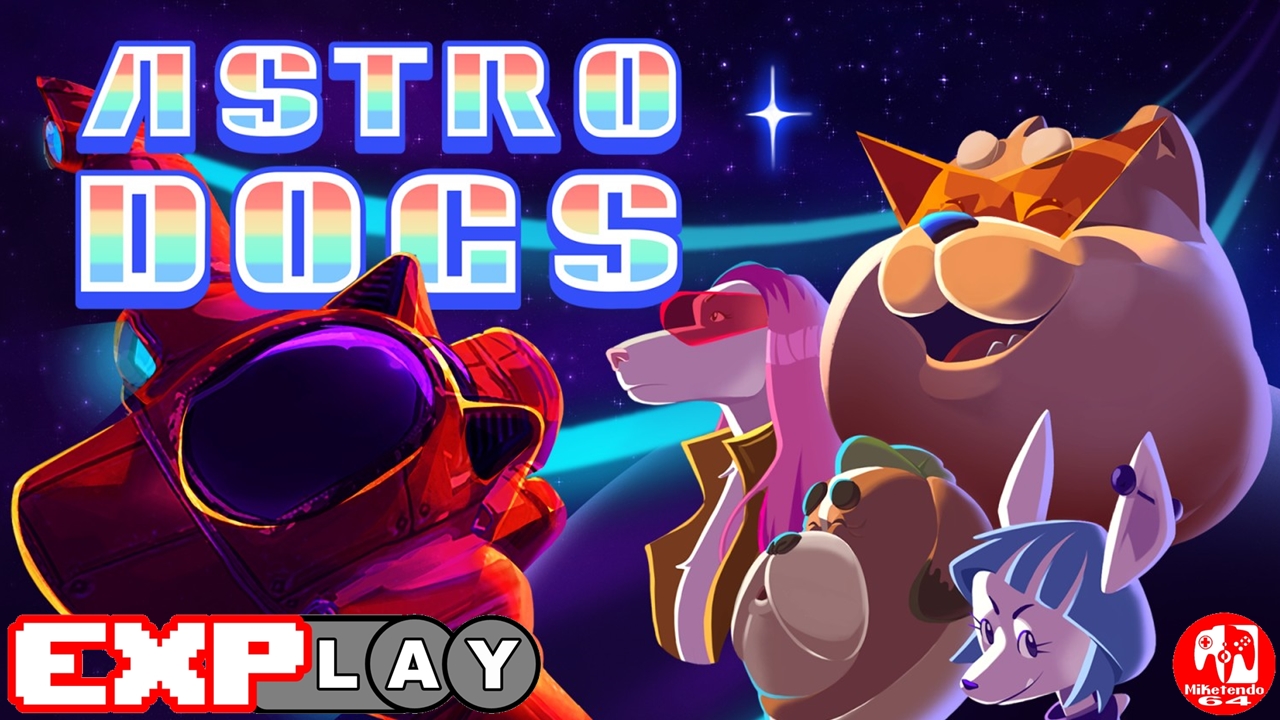 Welcome to EXPlay, (Explain & Play) the review series where we care not for scores but tell it how it is when it comes to every game we get our hands on, whilst also taking the time to include some lengthy gameplay, to give you the reader, the chance to shape your own impressions and views whilst watching and reading. In this installment, we’re covering Astrodogs by developer Dynamic Media Triad.

Are you tired of waiting for a new entry in the StarFox series? Well, indie game developer Dynamic Media Triad may have just what you are looking for with Astrodogs! It is an on-rails shooter game that features canine pilots who must save the universe from a nefarious corporation.

Players take on the role of Kombo, a shiba dog who is a top pilot and a member of bounty hunter crew Astrodogs. When multi-planetary corporation WOOFER began to suddenly attack innocent bystanders, Kombo and his fellow crew members embarked on a mission to stop WOOFER in their tracks and discover the reason for their treachery.

The gameplay of Astrodogs is rather similar to that of the original StarFox games. You pilot a craft through a series of levels and must shoot down enemy targets before they shoot you down. There are 10 levels to play through and you have an array of weapons at your disposal. You have your standard blaster cannons with unlimited ammo and then you have special weapons like homing missiles, a hyper beam and remote-controlled bombs that require energy to use. Energy can be charged up by successfully shooting down enemies.

As well as weapons, your ship also has a number of helpful mechanics like the Parry-shield that can deflect enemy fire right back at them and a “Slow-Mo” function that will allow you to freely shoot down enemy units within a short period of time. Speaking of shooting down enemies, as you do so you will earn points. These points will accumulate to make up your high score. Obtaining a good high score will unlock extra ships and skins so there is an incentive to destroy enemies as opposed to just avoiding them where possible.

Each level has its fair share of enemies and obstacles to navigate. At the end of the stage, you will come across a large boss that you will have to beat. Astrodogs has quite the difficulty arc as you have to beat the mission on a single try. There are no extra lives to collect so if you lose all of your ship’s health and get shot down, you will have to either return to the base or retry the mission. On the plus side, there are a number of rings dotted around in each level that will recover your ship’s health when you fly through them so be sure to keep your health topped up so you stand a fighting chance against the end of level boss.

As spiritual successors go, Astrodogs does a pretty good job of imitating the gameplay of StarFox whilst bringing some of its own charm. It doesn’t take itself too seriously and is abound with light humor. While its gameplay may seem quite short with only 10 levels, it does have replayability and will have you playing through levels again and again as you try to get a better high score. At $12.99, Astrodogs is not going to break the bank and it may well be another hidden gem among the vast library of Nintendo Switch games.