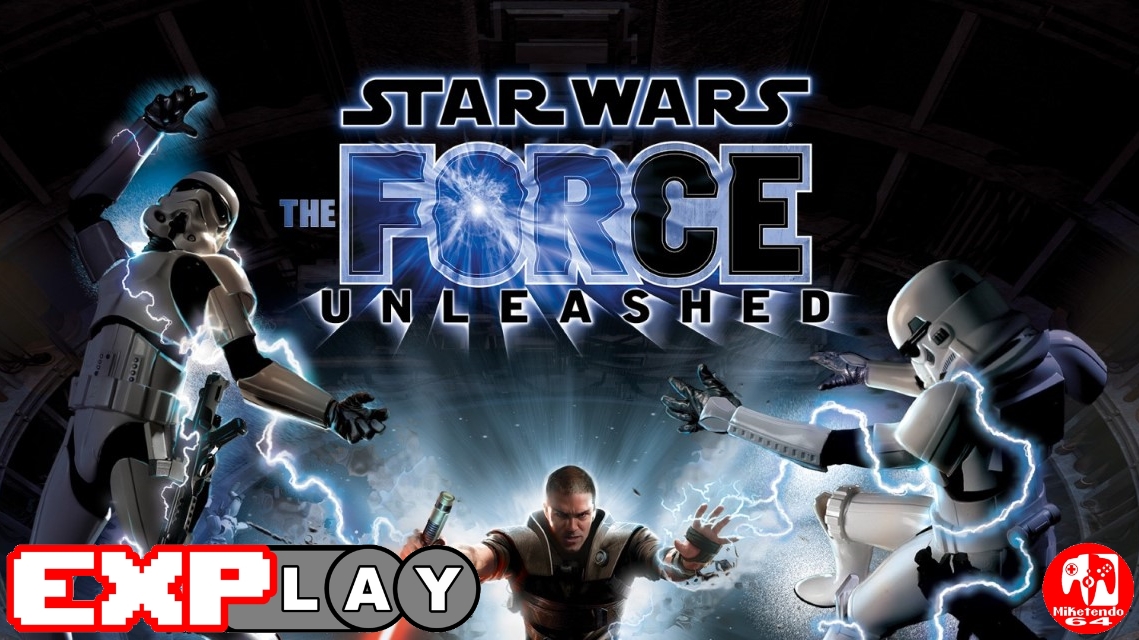 Welcome to EXPlay, (Explain & Play) the review series where we care not for scores but tell it how it is when it comes to every game we get our hands on, whilst also taking the time to include some lengthy gameplay, to give you the reader, the chance to shape your own impressions and views whilst watching and reading. In this instalment, we’re covering STAR WARS: The Force Unleashed by initial developer, Lucas Arts and current developers Aspyr Media, who are responsible for the Nintendo Switch port.

Long before there was Starkiller base in Star Wars: Episode VII – The Force Awakens and Darth Vader led the Inquisitors, there was Starkiller, Darth Vader’s secret apprentice. Born the son of a Jedi but raised by Vader instead, Starkiller is the lead protagonist of two of the best Star Wars games ever made and part of The Force Unleashed multimedia project. While it is a true disappointment that the intended third instalment never came to pass thanks to Disney’s acquisition of Star Wars and the company taking the franchise in a new direction, at least fans can rejoice once more in this 2008 classic.

Taking place between the events of the third and fourth movies, following on from the events of Order 66, STAR WARS: The Force Unleashed is a game that first starts on Kashyyyk, home world to the Wookies and as Darth Vader will soon discover, is also the home of a Jedi and another who is more powerful in the ways of the force. Except, instead of being a master, the powerful force user is none other than the Jedi’s son. Sensing great potential in the boy, Darth Vader swiftly decides to take the boy on as his apprentice and proceeds to kill every clone trooper that saw him.

Fast forward a few years, closer to the events of Star Wars: Rogue One and Star Wars: Episode IV – A New Hope, Darth Vader’s secret apprentice/adoptive son, is older and it is time to finish his training. Having managed to keep him secret from Emperor Palpatine himself, Darth Vader has great plans for his apprentice and together, perhaps they could achieve what Vader could not accomplish on his own, take down the Emperor.

Even if I wasn’t a Star Wars fan, there can be no denying how formidable a story The Force Unleashed possesses. The table is flipped with the Rebel Alliance and Jedi seen as the enemy and the Secret Apprentice, is a brilliant showcase as to what Anakin Skywalker would have been like, had he turned to the Dark side and managed to best Obi-Wan Kenobi in their duel. From his tireless anger and pursuit for power, Starkiller has a range of emotions for players to enjoy and considering the fact he’s voiced by Sam Witwer, also the voice of Darth Maul in Star Wars: The Clone Wars, you know he’s got a lot of range.

Of course, Sam Witwer has voiced Maul for a number of Star Wars projects, but he’s also voiced Palpatine multiple times in Star Wars Rebels season 2, taking over for Tim Curry, but he also voices Palpatine in STAR WARS: The Force Unleashed. (Talk about taking hating yourself to a new level.) What really helps sell the performance though, is the fact Starkiller’s very likeness is based on Sam Witwer, thanks to extensive HD cameras, so every facial expression seen was in fact real.

With regards to the actual gameplay and the graphics themselves, let us address the elephant in the room. In case it has not been made clear since the Switch version was announced, STAR WARS: The Force Unleashed is a modified version of the Nintendo Wii version. This means that whilst players will not be able to partake in the DLC and extra content that was added to the PlayStation 3 and Xbox 360 versions, at the very least, there is a Duel Mode and motion controls to make up for it.

With Duel Mode, two players can come together locally and engage in battles between classic Sith and Jedi characters, along with a slew of original characters, all of whom make an appearance in STAR WARS: The Force Unleashed. These one-on-one battles are a great way of settling disputes and recreating iconic battles, from the available levels on offer. As for the controls, whereas before the Wii mote was used for Starkiller’s lightsaber-based attacks, and the nunchuck utilized his force powers, now the game has been modified to work with Switch Joy-Con instead.

Most controls and movements are very straight forward, and others will require a little more practice, just to best memorize the required movements, when using them, but for the most part, in a game all about a follower of the Dark side of the force, learning and developing his powers, it all goes hand in hand together, (literally) when playing with a singular Joy-Con in each hand, but if it’s not for you, you can always play with a Pro Controller instead.

Visually, STAR WARS: The Force Unleashed on the Nintendo Wii was never the best-looking version, so the game does look dated when playing on the Nintendo Switch, especially when playing in TV mode, but it’s not as drastic as some of the other older Star Wars games Aspyr have helped to bring over to Switch. It’s still too easy to get caught up in the action, developing new force powers, hunting down multiple kyber crystals for new lightsaber colours and collecting the game’s 200 Holocron.

If you have never played STAR WARS: The Force Unleashed before and want to enjoy everything it has to offer, perhaps the Switch release might not be the version you seek, but that’s no reason to rule it out. It is still the formidable game it always was and thanks to the return of motion controls, it does make this a Switch port that strives to make use of the Nintendo Switch’s special functions in interesting ways, even if we have seen them before. What’s more, having followed in the wake of STAR WARS: Republic Commando, Knights of the Old Republic, Jedi Knight: Jedi Academy, Jedi Knight II: Jedi Outcast and Episode 1 Pod Racer, The Force Unleashed is their finest re-release yet.