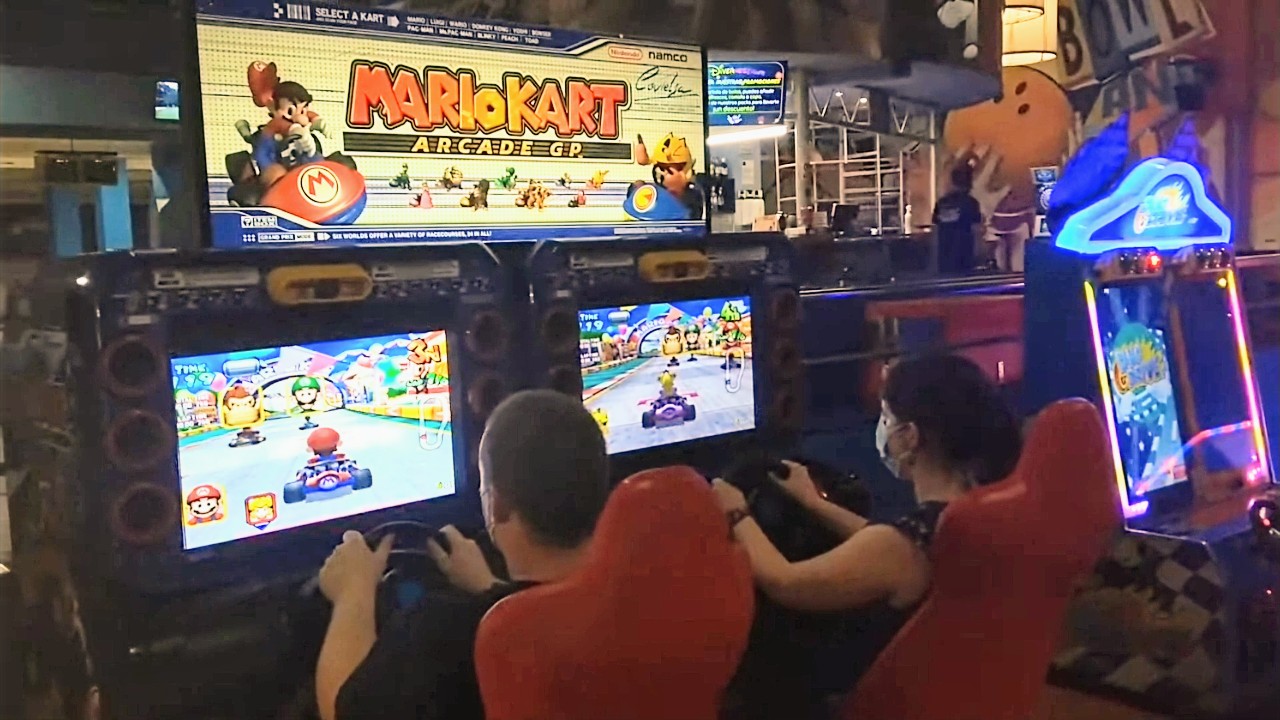 Nintendo is very well known for bringing video game entertainment to homes for well over 35 years from the Game & Watch systems and the Famicom, all the way to the Nintendo Switch. Nintendo games were also rather well received in the Recreation Arcades back in the day as well. The most famous of all time was Donkey Kong and it was the first game to introduce us to the mustachioed hero Jumpman before he became better known as Mario in Mario Bros. and Super Mario Bros.

Donkey Kong wasn’t Nintendo’s only contribution to the Arcade game scene, they have many other titles that were released in Arcades over the years. In this feature, we will be looking at some of these classic arcade games that you may be familiar with or may never have heard of.

Seeing as we already mentioned Donkey Kong at the beginning, we may as well start with this game first. Donkey Kong is an arcade platformer game that released back in 1981. The game puts the player in the role of Jumpman who must rescue his girlfriend Pauline from the clutches of the angry Donkey Kong. Jumpman must climb up the platforms and avoid hazards like barrels flames and trampolines as he makes his way up the top of the stage.

Before Mario and Luigi embarked on a grand adventure through the mushroom kingdom to save Princess Toadstool, they appeared in the arcade game Mario Bros. This arcade platformer had the brothers working in the sewers and clearing out the critters down there.

Two players could play together co-operatively to defeat enemies by flipping them over and then running into them when they were down. The different enemy types would require slightly different tactics such as the Sidecreeper who would need to be hit underneath twice before it flips over. The Fighter Fly hops around and can only be flipped when it stops on the pipe. Like with Donkey Kong, Mario Bros. has two variants available to play on Nintendo Switch with the standalone Arcade Archives Mario Bros. and version and the NES version via Nintendo Entertainment System – Nintendo Switch Online.

Cruis’n Blast is a racing game that released in the arcades in 2017. It is the fourth installment of the Cruis’n series and is one of the most popular Nintendo published arcade games of all time. Like many other racing arcade games, you use a steering wheel and pedals to control your car. You can race against other players or compete in tournaments providing there are multiple cabinets connected together. As Cruis’n Blast is a rather modern arcade game, you shouldn’t have too much trouble finding these arcade cabinets in Amusement Parks. For example, if you are in the Arizona area and would like to try out the real arcade experience, you could try a VR arcade in Mesa AZ. They have all sorts of arcade machines available and it is an excellent way to have a fun day out with friends and family.
Cruis’n Blast, like its predecessors, will have you racing across several circuits themed on real world locations like London, Paris, Rome, and Rio. If you are unable to play the game in an Amusement Park, you can play the home console version on the Nintendo Switch.

Mario Kart Arcade GP is an arcade racing game and a sub-series of Mario Kart. This arcade game was released in 2005 and was developed by Namco before it later became Bandai Namco. Like with Cruis’n Blast, players can move the kart on screen using the cabinet’s steering wheel and pedals. Just like in the main series, players race around a series of circuits and can take out opponents with items collected from mystery boxes.

The subseries has four entries to date (including a VR version), all developed by Namco/Bandai Namco and published by Nintendo. As a random bonus, Pac-Man is also a playable character in the game.

Luigi’s Mansion Arcade was first released in Japan in 2015 and later in North America in 2017. This arcade game is based off of the 3DS game Luigi’s Mansion: Dark Moon. This arcade cabinet is a full-sized booth that can accommodate two players and arms them with Poltergust 5000 light guns. The object is simple, Suck up those pesky ghosts!

This game is quite an interesting game in the fact that while it is a Nintendo IP, it isn’t actually developed or published by Nintendo. It is actually developed and published by Capcom and we almost didn’t include it on this list because of that. If you are interested in learning more about Luigi’s Mansion Arcade, please feel free to check out its wikipedia page.

F-Zero AX is an arcade racing game that co-released with the Gamecube game F-Zero GX in 2003. The game offered high octane racing in a futuristic setting. The Arcade game and the Gamecube game had exclusive content from one another but players could use a Gamecube memory card to save special data from either game that would unlock content in the other like an extra cup, vehicles and customization parts.

If you would like to learn more about F-Zero AX, be sure to check out its dedicated Fandom page.

And that concludes our top favorite Nintendo arcade games. These are just some of many fantastic arcade games that Nintendo has released over the years. Have you played any of these games? Are there any other games that you have played that are not on the list? Do let us know in the comments!