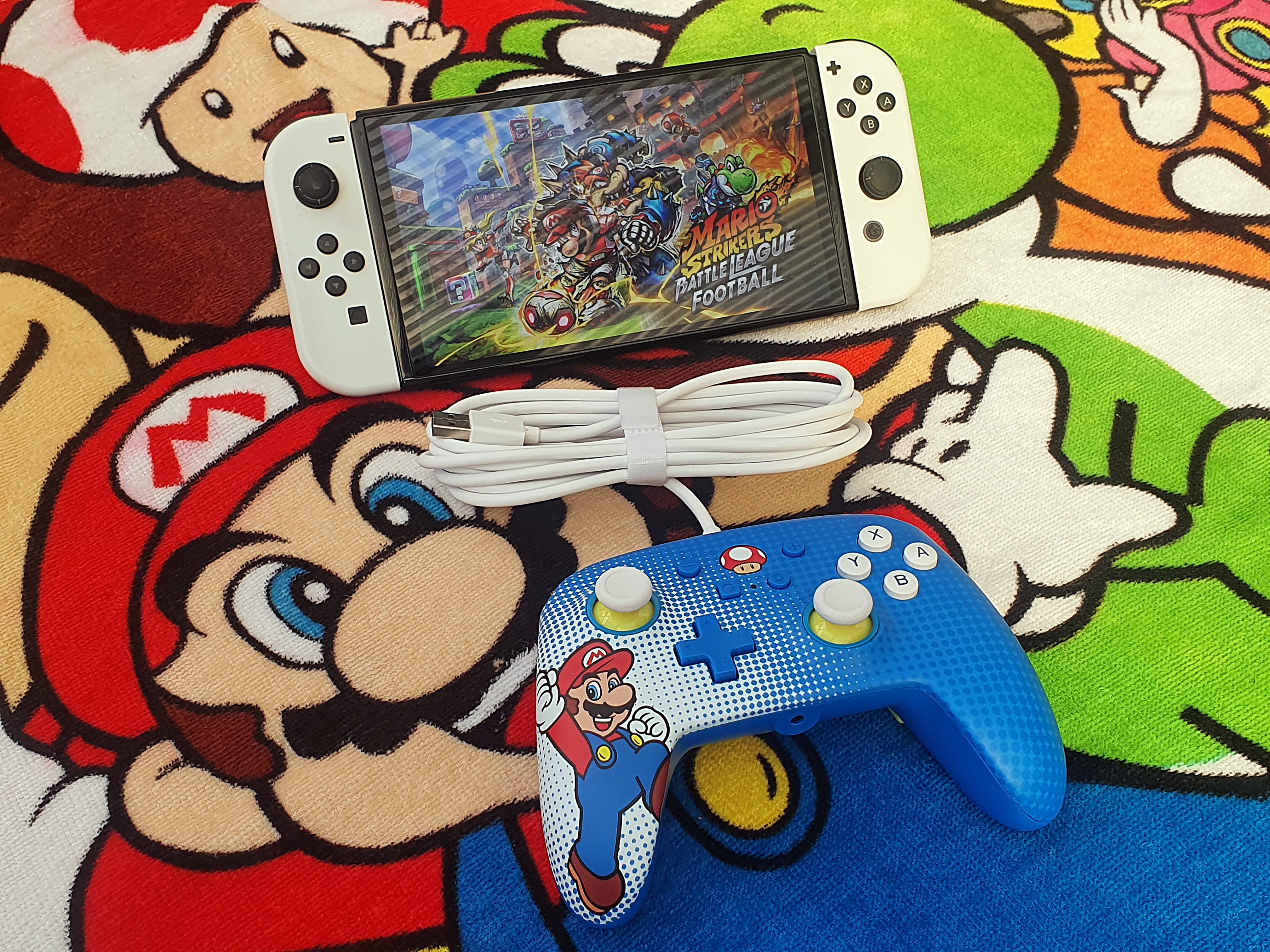 Ever since the Nintendo Switch was first released, as snazzy, collectible and fun as Joy-Con are, there was always one issue that I had with them, the size of the buttons. I have always found them to be too small for my personal preference and as a result, one of the first and earliest accessories I ever purchased for my Nintendo Switch, was the Pro Controller.

For me, the Pro Controller is a formidable device. What was first visually conceived as big and bulky, when in the palms of one’s hands, is a snug fit, with large friendly buttons and friendlier joysticks. It’s also quite a weighty piece of kit, but on record, I would gladly state it is one of the best gaming controllers I have ever played with and thanks to companies like PowerA, for those seeking cheaper alternatives, there are plenty available on the market.

One such controller is PowerA’s very own, Enhanced Wired Controller for Nintendo Switch. Coming in a range of styles, representing games such as Animal Crossing, The Legend of Zelda, Mario and Pokémon, there’s a fantastic selection of designs available and there can be no denying the beauty of the Mario Pop Art controller.

With an upbeat Mario, donning one of his iconic poses on one side of the controller, the rest is covered with a striking blue amongst white atop an intricate pattern. The real coup de grâce, however, is the mushroom power up, that sits front and centre, where the Nintendo Switch logo resides on Nintendo’s Pro Controller. Speaking of Nintendo’s Pro Controller, PowerA’s Enhanced Wired Controller for Nintendo Switch, is of equal size and dimensions as Nintendo’s finest, with button size and placement being the same as well, which means, not only does it look like the real deal, but for the most part, it plays like it as well. Only, here is where the similarities start to end.

Whilst the Pro Controller comes with a lead that can be used to be plugged into the Nintendo Switch dock and charge the battery inside the Pro Controller inside the battery, as a wired controller, the Enhanced Wired Controller for Nintendo Switch needs to be plugged in at all times when in use. On the plus side, as it comes with a 3 metre long cable, for those who do pick up this cheaper alternative, at least you can play with some distance between you and your TV, without feeling like you need to be sitting right on top of it.

In short, if you love the Pro Controller and I mean love how it looks, feels and plays, but aren’t quite ready to purchase a second one, as you’d rather have two with completely different designs, than two that are completely the same, alternatives do exist. Not only that, but they are readily available on the market, officially licensed by Nintendo and despite lacking a few features in one way, it more than makes up for then in others.