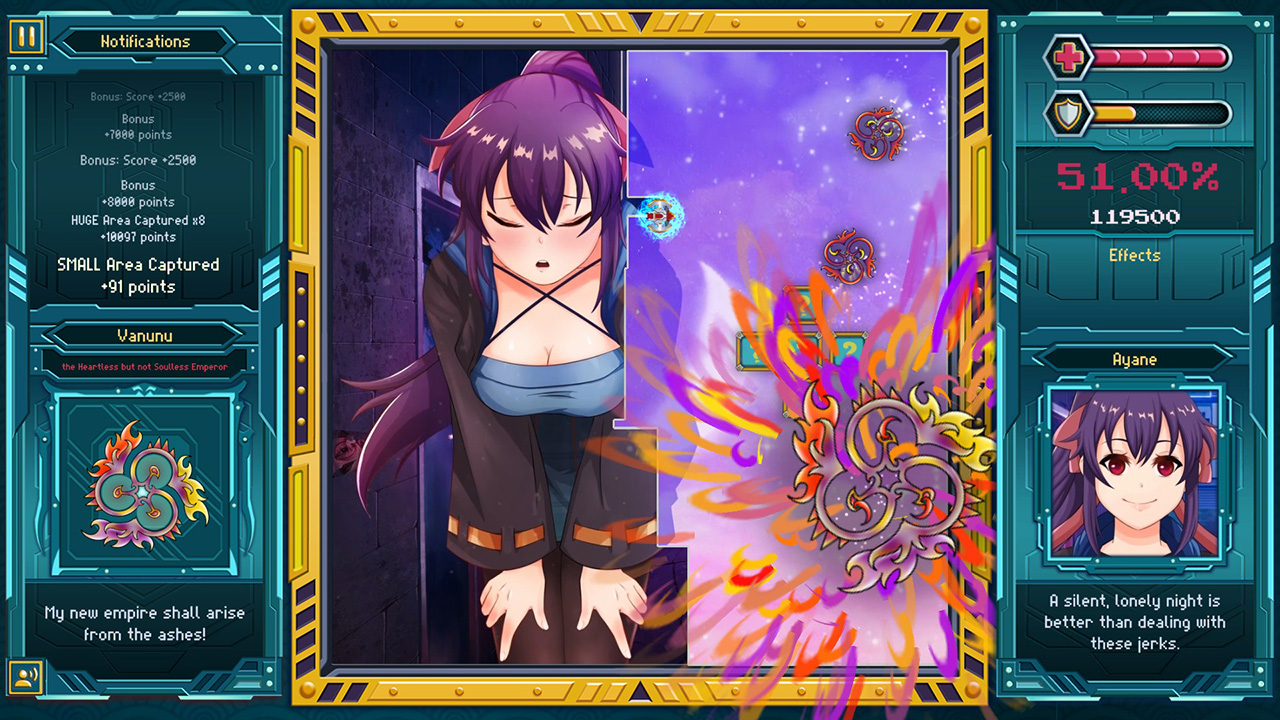 Welcome back to another Miketendo64 interview and today, we are once again joined by NAISU, talking about the upcoming Mokoko X. In the first part of our mini-series of Mokoko X interviews, we discussed game development and now we’re back with our second instalment and we’ll be discussing a range of things from cut content, a more colourful remake and more, but first, let’s welcome back Göksan Güner:

Miketendo64: How does Mokoko X’s play in terms of gameplay mechanics and are there any Do’s and Don’ts you would advise players to utilize?

Göksan Güner: Be patient, don’t go for big areas in one move. Trap or destroy the minions, because they become too annoying if you don’t get rid of them before at the end of the level.

Miketendo64: In terms of gameplay mechanics and difficulty, just how challenging will players find Mokoko X?

Göksan Güner: I believe easy and medium are OK, but they say hard is really hard and I like it when “hard” is hard like in the older games. In addition to the more ruthless enemy behaviours, we have randomly occurring traps in the hard mode as well.

If you have confidence, I would invite you to play hard mode. For players that like top scores in the online leaderboards, hard is very rewarding.

Miketendo64: Mokoko X is such a colourful and striking game. When designing Mokoko X, how many art styles did you experiment before ending up with the one fully realized in the finished version of the game?

Göksan Güner: We have two artists, and we agreed to make the game as colourful as possible. The original Mokoko seemed too dark for me even though I personally like darker games more. I thought Mokoko X deserved a more colorful theme.

Miketendo64: In terms of content, just how much time is needed for players to experience everything Mokoko X has to offer?

Miketendo64: Post-release, will Mokoko X be getting new updates and content at a later date? Be it new modes, such as a 2-player co-op, a competitive mode or something else entirely?

Göksan Güner: We have an arcade mode which unlocks after the story mode. In the arcade mode, you have to finish all the levels without a stop one by one like it used to be in the arcade saloons.

We’ve also implemented a two-player mode, which no one had requested in the original Mokoko, but because I didn’t see the basic implementation to be exciting, I removed it. Detailing some features is a lot harder than trying primitively in your project’s environment.

Miketendo64: Depending on how well Mokoko X is received, is this a game you could easily see yourselves continuing to expand upon, in the form of a sequel, and using the ideas you had to pass on the first time around?

Göksan Güner: No, I have no plans to expand on Mokoko X. There will not be a Mokoko Y or Z.

Mokoko X releases on Nintendo Switch on April 7, 2022 and if you would like to know even more about this upcoming release, why not come back tomorrow for the next instalment?