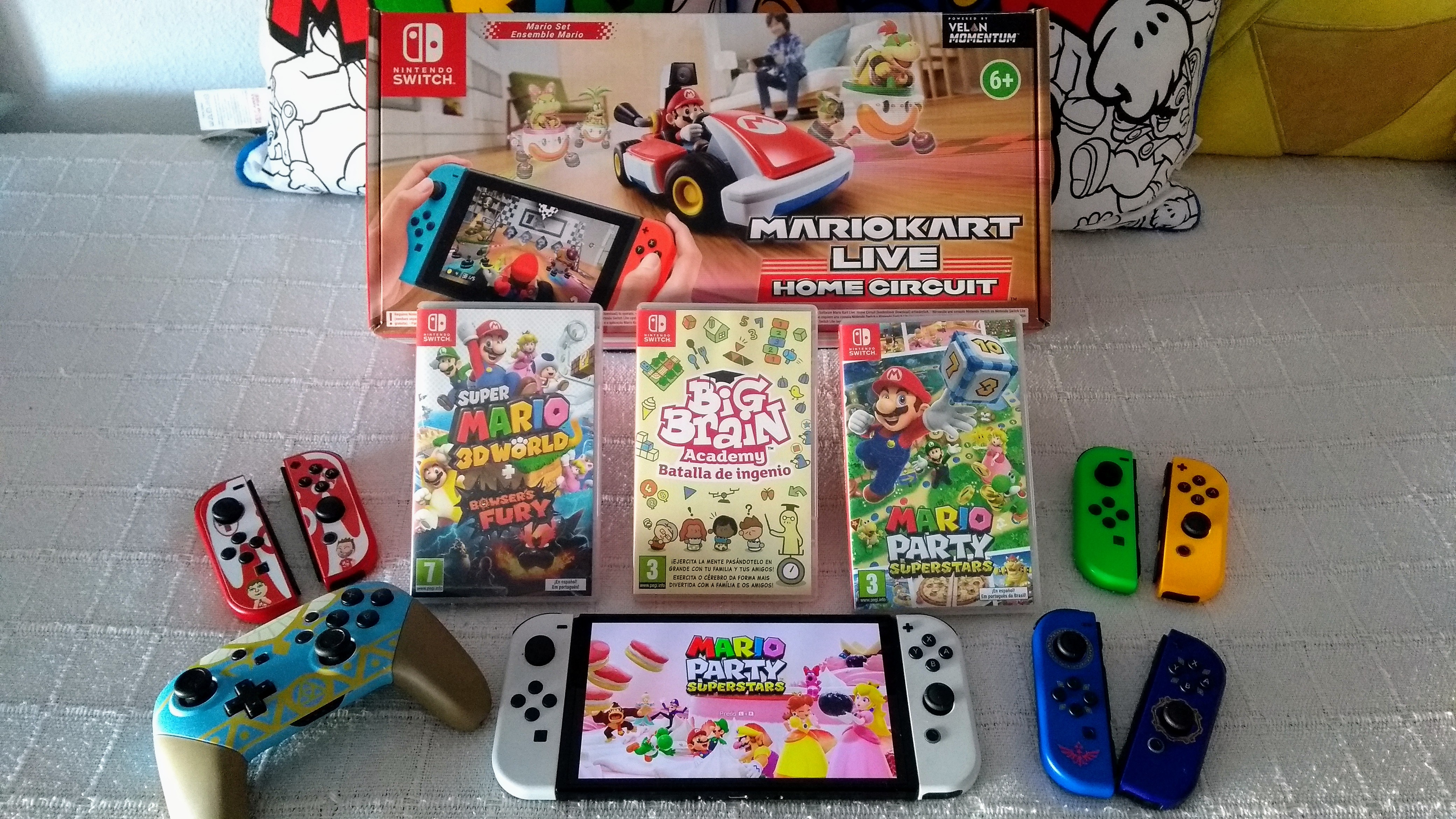 The Festive season is upon us again and that means plenty of family gatherings, food, presents, and a great opportunity to get the family together for some Multiplayer gaming fun. The Nintendo Switch has so many great multiplayer games and most can get the whole family involved, not just those holding a controller.

We have put together a list of Nintendo Switch games that we think will make a super fun time for everyone. All of the following games can be played with up to four people on a single Switch console.

If you are gonna get a party started, what better way than with Mario? Mario Party Superstars allows up to four people to play across five classic boards from the Mario Party series. While only four people can play at the same time, you can easily pair up with a family member and take it in turns so nobody misses out in the party fun. Even if you don’t want to play a full board session, you can simply play any of the 100 minigames in Mt. Minigames instead.

Who in your family has the brawniest brain? Well, now you can find out in Big Brain Academy: Brain Vs. Brain. Up to four players can duke it out against each other in 20 different exercises in five categories. Those who aren’t currently playing can lend a hand to those playing by calling out the solutions. Difficulty levels can also be set for individual players so that less experienced players can stand a chance on winning against more experienced players on higher difficulty levels.

While Mario Kart 8 Deluxe is a most obvious choice to have on a list like this, we feel that Mario Kart Live: Home Circuit doesn’t get enough credit. You may also think it is unfitting to have on this list as each player needs their own Switch and kart to play.

Well, that would be true but thanks to the latest update, two players can play on a single console with two karts (Docked Mode only) and up to four players can play together in Relay Race. As the name suggests, Relay Race allows up to four players to control a single kart and take it in turns to navigate a lap. This will make for some great experiences for sure this festive season.

Another game that is a lot of fun with others is the chaotic co-op game Very Very Valet. Up to four players can play together and work as a team to valet cars for busy restaurant goers. Use ramps and teleports to get vehicles to and from the restaurant’s entrance and return vehicles to their owners in time before they get too impatient.

What do you think of our list? Is there a particular game that you feel is missing? Have you played any of these games already? Let us know your thoughts i