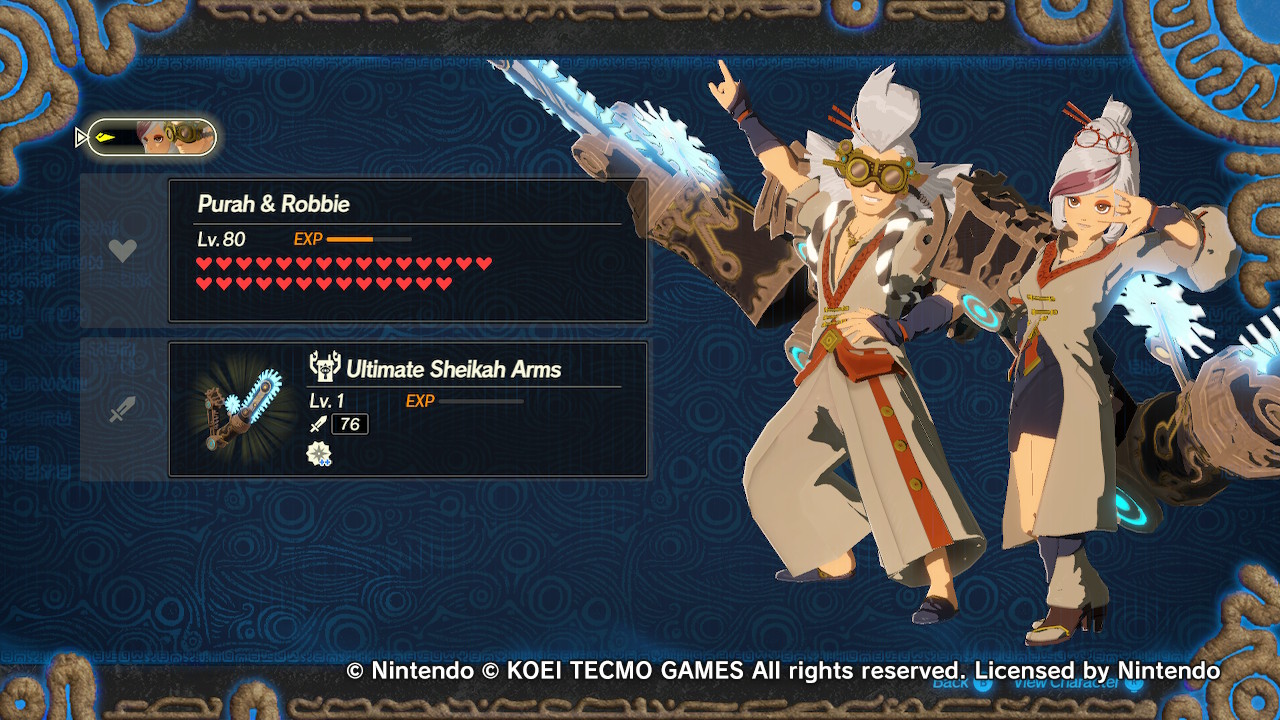 [Guide] How To Unlock Purah & Robbie In Hyrule Warriors: Age Of Calamity (DLC #2)

Please be warned that this guide contains spoilers to unlocking Purah & Robbie in Hyrule Warriors: Age Of Calamity. If you do not wish for any more content spoilers, turn back now.

As part of the Guardian of Remembrance DLC for Hyrule Warriors: Age of Calamity, Purah & Robbie are a playable character. That wasn’t a typo, Purah & Robbie are a two for one deal in that you control Robbie and Purah follows up behind him. They are not instantly available either and must be unlocked first.

In order to unlock Robbie & Purah, you will need to have the second wave of DLC downloaded. Then the rest is pretty straightforward though a little long-winded. You basically have to play through all the EX Missions in the Guardian of Remembrance DLC. That’s all there is to it. You don’t need to complete all of the Memory Quests, you can always go back and do them.

After beating the final EX mission you will unlock Robbie & Purah as a playable character. You will also unlock additional challenges and side quests to add new combos as well as increase hearts and special attack gauges.

We hope you find this mini-guide helpful in unlocking Purah & Robbie in Hyrule Warriors: Age Of Calamity. If you would like to see some gameplay of the Scientific duo in action, we have a small video clip that we recorded using the Switch video capture function.