[Guide] An Introduction to the Enemies and Locations of Metroid Dread 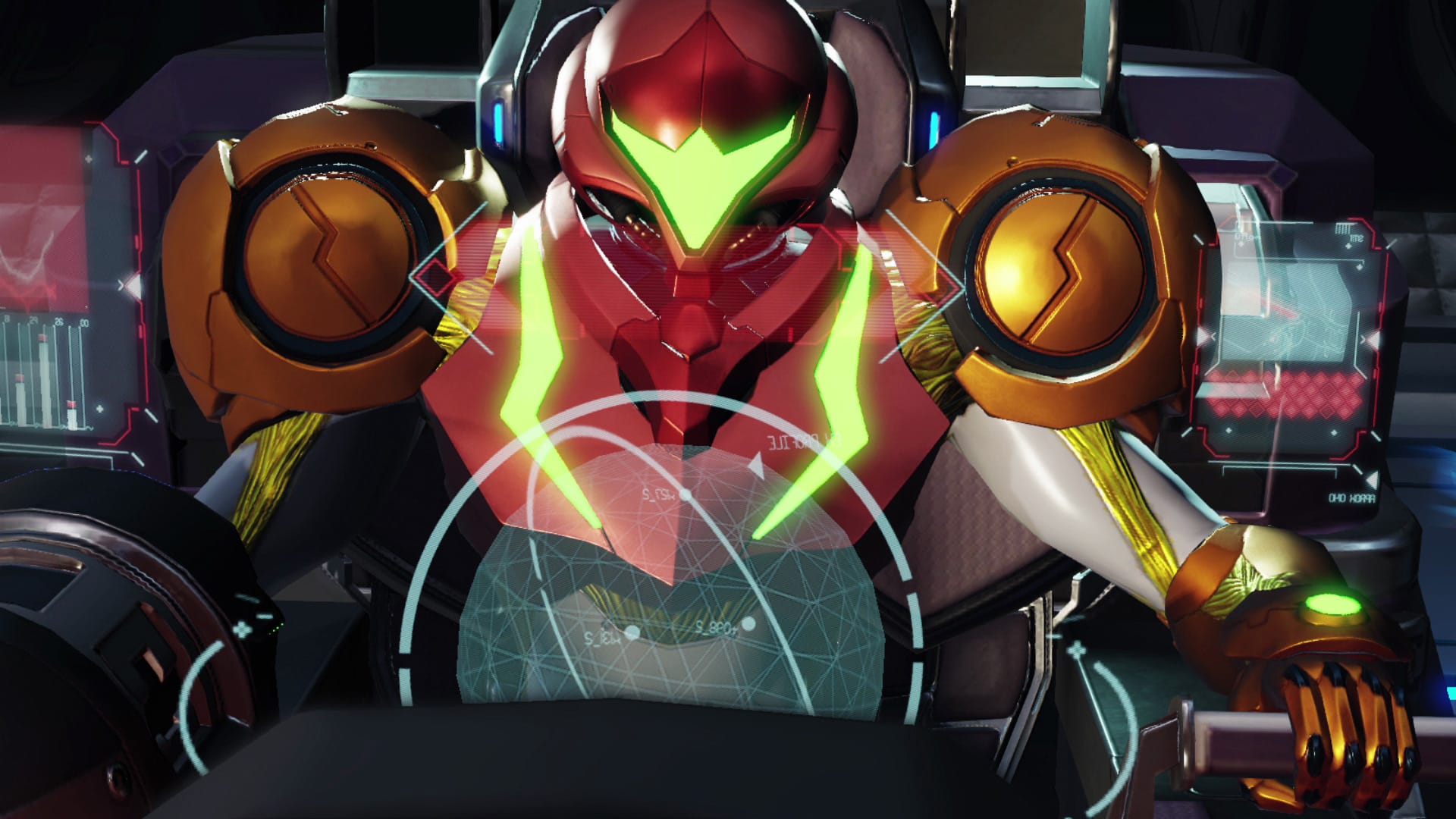 Know thy area, know thy enemy.

The latest Metroid Dread report is out and it contains a whole host of information on the setting of Samus’ latest outing. Still, it’s not all just screenshots, spill and scenery, but also comes packed with information on the many enemies players can expect to encounter. So, we’ve compiled everything together into a layout of our own making to provide an informative look at the horrors that await you:

While the planet has gone unexplored by humankind, early readings show that ZDR shares similar planetary conditions—such as temperature, humidity, gravity, and atmospheric composition—with those of planet SR388, which Samus has previously visited.

Deep within the planet are areas split into multiple layers, each with unique traits and organisms. Remnants of the once-mighty Chozo civilization can be found throughout the planet, including shuttles and elevators connecting the areas.

Samus awakens in the cavernous Artaria after being attacked by a mysterious and powerful Chozo figure. This area is located in the deepest part of ZDR and has low-temperature environments. The upper portion of Artaria contains vast amounts of magma, which is used as the primary source of energy on the planet.

Developer’s Note: Artaria is where Samus begins her exploration of the planet. It’s a relatively large area but has many doors that she cannot open at the start of the game. You can revisit this area after making more progress through the game and acquiring additional abilities, so it may be a good idea to mark those spots on the map. You can also take screenshots using the Capture Button on your controller to keep a record.

Klaida: This terrestrial, four-footed creature calls ZDR home. It won’t attack Samus but will cause damage and repel her if touched. It isn’t protected by hard armor, so you can inflict damage on any part of the creature.

Ply: A small, flying creature whose head resembles a large eyeball. Once it detects Samus, it follows her, aims, and then charges with its large-spiked tail. Sometimes found in flocks. Its small body and agile movements can make it tricky to hit, but the Wide Beam is quite effective against them.

Musby: This terrestrial creature with heavy arms is one of the larger lifeforms on Artaria. It drags its arms behind as it walks. Because it dwells and has evolved in darkness, a Muzby doesn’t have the equivalent to a face. It has tough, rugged skin and high endurance, so high-powered attacks like the Missile or Charge Beam are effective. Samus can also slide between its legs when it lifts its arms to attack.

Home to the central system that manages the supply and circulation of energy-generating magma throughout the planet, which powers various facilities. Hot streams of magma flow out in many places. Some of its high-temperature areas are too much for Samus to handle with just her standard Power Suit.

Developer’s Note: Magma abounds in Cataris. Without the Varia Suit, which protects Samus from extremely high temperatures, you’ll take heat damage in many of the rooms here. By circulating the thermal energy created from magma here, you can open new routes. In fact, if you carefully watch how magma moves within the circulation pipes, you can figure out the destination of the thermal energy. We think this might provide clues for exploring.

Vulkran: This small creature can stick to and move across floors, walls, and ceilings. It stores magma in its body and spits it out when it detects danger. It spits out multiple magma shots, which can be difficult to avoid. It may be most effective to blast it from afar before it goes on the offensive.

Autclast: A robot believed to have been created with advanced Chozo technology. The cylinders on both of its sides can slam down with great force, creating an explosion that sends streaks of fire across the ground. Can be stunned with a quick Dash Melee when it pauses for a moment right before it strikes.

Obsydomithon: A rock-like creature that lives near magma. Usually, it remains still in an ore-like form, but transforms into a battle form when it detects Samus. Be careful if it charges up: the high-temperature burst attack it’s about to unleash can penetrate terrain.

A biological research site and home to many robots believed to have been developed using advanced Chozo technology. The power is out in some spots, which makes it difficult to spot enemies. Danger lurks in the shadows.

Developer’s Note: Dairon is filled with many robots believed to have been developed with advanced Chozo tech. The robotic enemies are protected by thick armor that’s only vulnerable to a Charge Beam or Missile, which means effective use of the Dash Melee counter is key to creating openings for attack.

Autsharp: A robotic enemy that shoots out from its dock when it detects Samus. It has a strong, spinning energy blade on its exterior that generates power as it turns, capable of damaging anything it touches. When it hits a bomb, the force of the explosion propels it upward.

Autsniper: A small sniper robot with a precision laser. It can operate on the ground, walls, and ceilings while aiming and firing at its target from many angles. The laser is a threat capable of dealing great damage, but there’s an opening to Melee Counter right before it fires. If on a wall or ceiling, an aerial Melee Counter would be effective.

Armadigger: A violent, four-footed creature native to ZDR. Charges at Samus with great speed when she’s detected and will quickly change its direction and try again if she evades the attack. Fight back with a Melee Counter or attack it from outside its charging path.

The bottom half of this marine research site is underwater. Many aquatic creatures residing here can’t be found in other areas.

Developer’s Note: Most of Burenia is under water, which can put Samus at a disadvantage. Her agility takes a hit when submerged while equipped with her standard Power Suit or the Varia Suit, which makes it tough for her to contend with zippy sea creatures. But remember, Samus can pull herself to magnetic surfaces by latching the Grapple Beam to them—a move that just might save your hide.

Batalloon: An aquatic creature that calls ZDR home. It floats under water but slowly approaches Samus if she hits it. Despite its appearance, it’s surprisingly durable—be careful not to underestimate it.

Dizzean: This sea creature resembles a small jellyfish. While individually weak, they find strength in numbers and always collect in large smacks. Take out the group quickly so as not to be cornered.

Slaaga: A creature with a yellow hump on its back where it stores acid. When it detects Samus, it shoots acid with great precision. These acid blasts can be avoided with jumps and the Flash Shift ability. They can also be destroyed with Arm Cannon blasts or a Melee Counter strike if you react quickly enough.

An underground forest area very close to the surface. Sunlight peeks through from above. Native flora and fauna abound, including many plant-like beings and ancient creatures.

Developer’s Note: Civilization has left less of an imprint upon Ghavoran compared to other areas of ZDR, and the area’s appearance has thus been able to evolve in a natural way since ancient times. There are sections with small platforms that require continuous jumping, as well as partially submerged locations. Samus will have to use all her abilities and talents to the fullest when taking on this area.

Hecathon: This large creature has existed on ZDR since ancient times and can be spotted flying between trees and plants in high and low areas. It’s able to break down its prey into more digestible particles. It will rarely pick fights on its own, but when attacked, it’ll get angry and emit a light capable of decomposing other creatures. Be careful to not accidentally hit this creature with a stray shot.

Yampa: A spider-like creature. Normally, the jaw under its body remains closed. When attacking, it opens wide and charges its opponent for a powerful bite attack. It can’t move between platforms on different levels, so take advantage of your surroundings when facing off against one.

Quetzoa: This insect-like, mid-sized flying creature is native to ZDR. When it detects Samus, it homes in on her position and charges at great speed. This creature is very fast and thus tricky to counter, but a successful strike will open up a big chance to attack. Using abilities like Flash Shift and slide to effectively avoid its attacks, then hitting it with Missiles is also a good option.

The ancient ruins found here indicate this area was once a sanctuary used in Chozo rituals.

Developer’s Note: Constructed objects and the natural world co-exist in the other areas, whereas the inside of Ferenia contains mostly buildings left behind by Chozo civilization. What will Samus find among the ruins of this sanctuary? We don’t want to say too much—but know that Samus will go back and forth between this area and others throughout ZDR to continue her explorations.

A Mysterious Opponent: A powerful and mysterious Chozo warrior suddenly attacks Samus. Its right arm is equipped with an Arm Cannon, just like Samus. This figure is much larger than Samus and other Chozo Soldiers, and it easily overpowers Samus in combat.

Chozo Soldiers: Chozo Soldiers are equipped with a weapon that looks like a long spear. The trailer shows they are highly capable fighters, with one scene showing them locked in fierce combat with Samus.

Robo Chozo Soldiers: Samus must also face these combat robots created using advanced Chozo technology. They are powerful forces to be reckoned with, capable of high-speed movement and armed with an electromagnetic blade as well as an Arm Cannon that fires projectiles.

We hope you are every bit as excited as we are to take flight to Planet ZDR and tackle these menaces head-on.