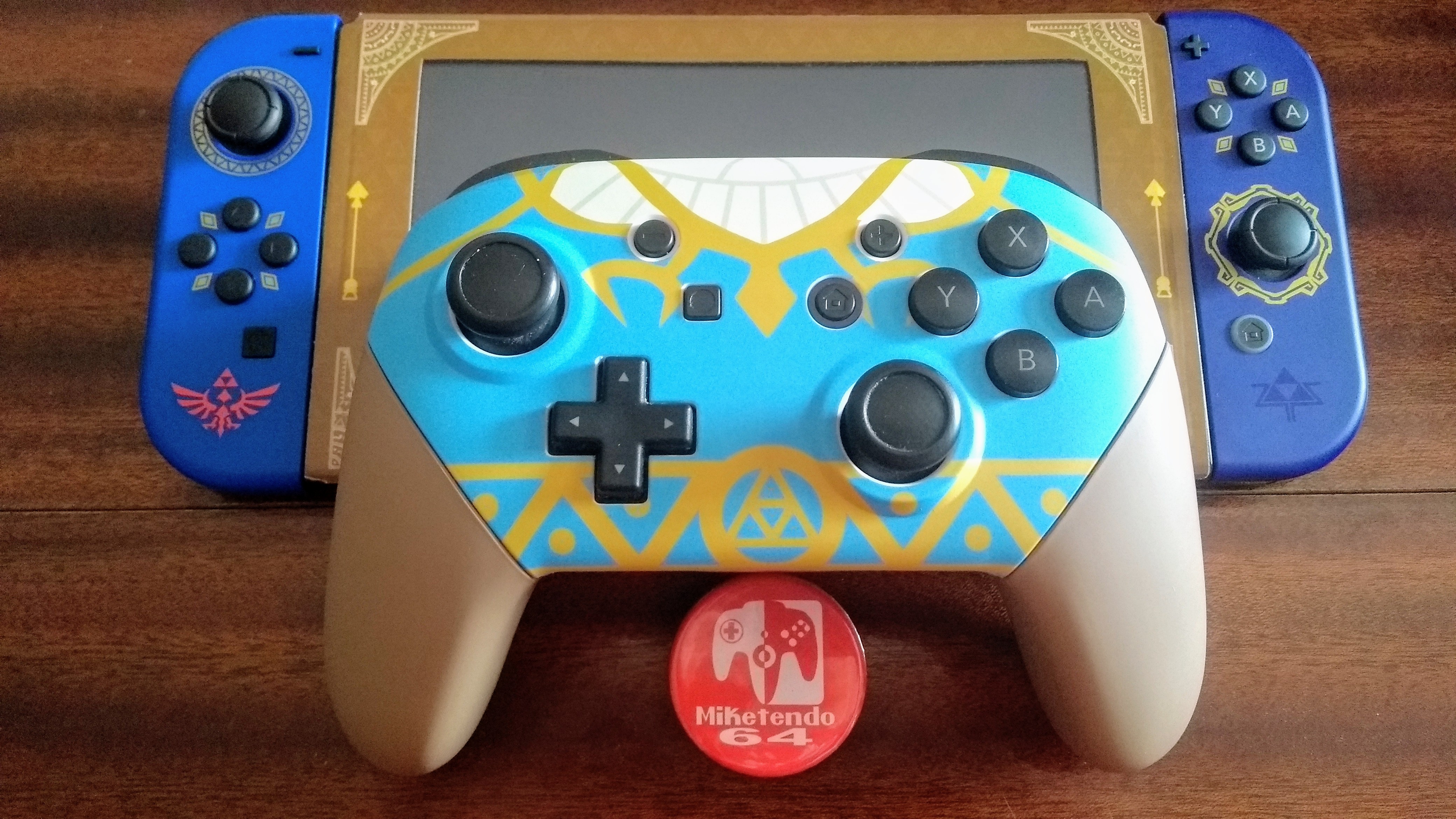 Who doesn’t love the idea of customizing their video game controller to suit their likeness or personal preferences? It can be a simple as a single logo or icon of their favourite video game character, or perhaps it is decorated from head to toe in an elaborate design. Of course, most of the time we don’t need to customize our controllers because we can usually find a controller with a design we like. That said, the Official first party Nintendo Switch Pro Controllers are somewhat lacking in the design department. Yeah, there are Splatoon 2, Xenoblade Chronicles 2, Monster Hunter Rise and a few other designs but let’s admit that they are somewhat lacking in the eye-catching design department. You could say that they are missing a certain something to make them truly legendary.

Speaking of Legendary, we were recently sent a Legendary Controllers prototype shell for the Nintendo Switch Pro Controller from Game Armor. The shell is part of an Indiegogo Project that wishes to mass produce it’s legendary Controller shells for it’s backers. There are four different controller shell designs inspired by our favourite video game series, The Legend Of Zelda. The project has multiple tiers available with different designs packed together as well as available separately.

Game Armor sent us one of their Shell designs so we could get a good look and feel for the product that will go into manufacture if it reaches its backer goal. I was certainly intrigued with the project and the whole idea of customizing my own Pro Controller. I have had the standard model since 2017 and been hoping upgrade it to a Zelda controller if ever Nintendo released a new model but now, I don’t have to wait for Nintendo anymore as the Legendary Controllers shell more than does the job.

The shell I received was the “Princess of the Wild” model. It came with a front plate, back plate, and the two grips. The quality of the shell is really good and feels pretty robust. I love the attention to detail in the design so that matches as closely as possible to the character model’s design in Breath of the Wild that it is inspired by. The actual pieces themselves are a snug fit and easy enough to install it n the Pro Controller. In fact, the hardest thing was taking the original controller apart so I could take the original shell off and fit the new ones. Fortunately, all of the screws are Phillips or “cross heads” so if you have a small cross head screwdriver around, it will make relatively short work of it all.

If you would like to see how the Legendary Controller shells are fitted to the Pro Controller, you can check out our unboxing and fitting video below.

The Princess of the Wild model looks even better when it is fitted to the original Pro Controller. While the buttons and the Joysticks may benefit in being white to match the shell’s design, it would make the project much more expensive and to be fair, the buttons don’t look all that bad in black either.

The Legendary Controllers Indiegogo Project by Game Armor still has another 19 days to go (as of writing this article) and the cheapest tier is $30 plus shipping. It still has a ways to go to reach its goal but if you are looking for a really cool way to customize your Pro Controller in style as well as celebrate the 35th anniversary of a beloved video game series, this is definitely the way to do it. Be sure to check out the project and possibly back it today.