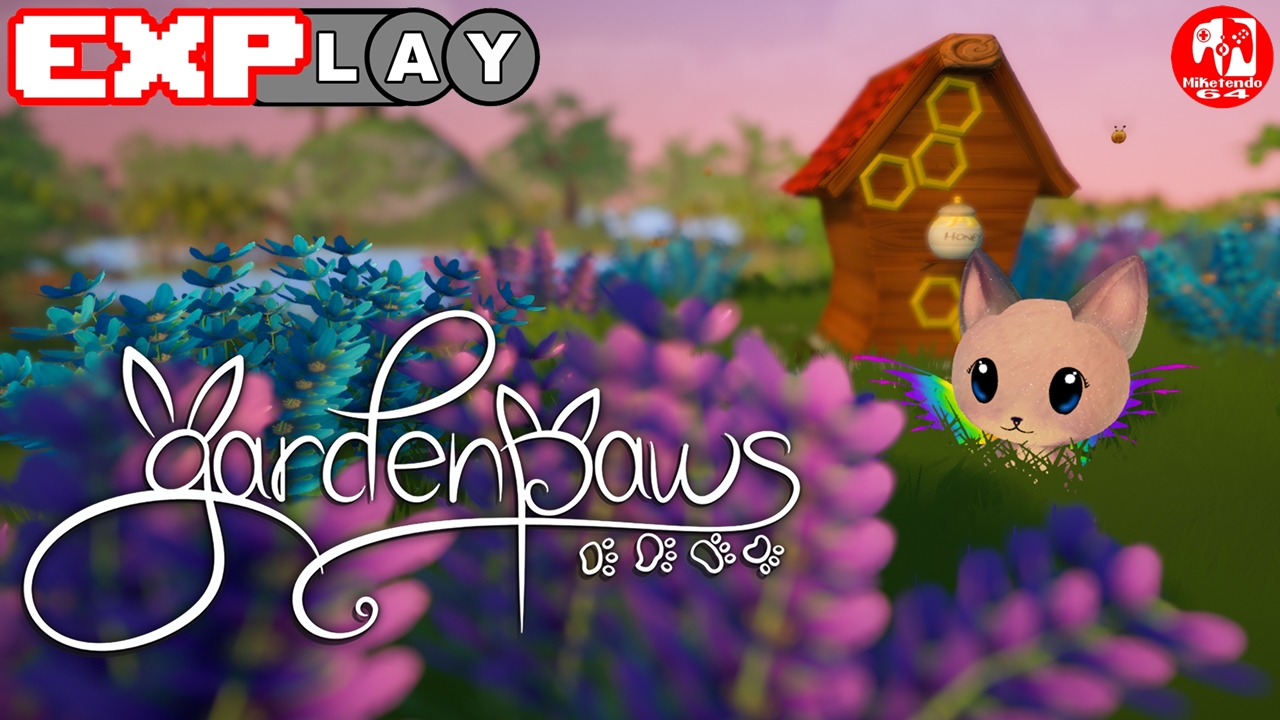 Welcome to EXPlay, (Explain & Play) the review series where we care not for scores but tell it how it is when it comes to every game we get our hands on, whilst also taking the time to include some lengthy gameplay, to give you the reader, the chance to shape your own impressions and views whilst watching and reading. In this installment, we’re covering Garden Paws by developer Bitten Toast Games.

Garden Paws releases on the Nintendo Switch. And while the game has gotten praise on Steam, the transition over to Switch isn’t without its “ruff” patches. Garden Paws cast you in the role of a nameless animal, chosen from 10 varied animal types complete with over 100s of customization options complete with colors, costumes, facial expressions and more.

The game kicks off with you inheriting a farm with the grand tasks to help in rebuilding your homestead by helping town folks and their quests. You can tackle this job several different ways. You can collect items found around the world, like grasses, wood, stone, and more. Or you could sell items you craft by combining those items into products you can sell in your store. You can also take on fishing or farming to help raise funds as well.

Your day starts after you wake up within your house. After entering back into the world you can check your mail where you may have quests or items mailed to you from towns folks needing help. Depending on what you are majoring in as far as gathering funds and furthering the story you may jump to fishing, farming, or crafting. I spent most of the early game gathering items which I crafted into valuable products to sell to neighbors. During the day you have the option to open up your store from 12:00-18:00 and sell to your neighbors which slowly builds up your gold which can be used then to upgrade your town.

While you are able to close your shop whenever you want, early on in the game I would recommend keeping it open as long as you have items to sell and it’s not after 18:00. Before you open your store you will want to scour the land for item pick ups, take on new quests for neighbors, and work to expand your property. Along with your shop you have blacksmiths, chicken coops, miner camps, and many more buildings you can build to help the town grow.

While Garden Paws does offer a ton of options with how you work within the world building up your home and helping the neighbors, that doesn’t make some of the following issues just go away. If you look at the Steam video gameplay and images in comparison to the Switch you can see just how many constraints the Switch has with Garden Paws. I found many of the visuals to be muddied, low quality, and characters seem floaty on top of the ground below.

The Switch has a lot of farming simulator games and while there’s a ton of customizations within Garden Paws, it’s not without its ‘Garden Flaws’. If you have a chance to play elsewhere you may find the game plays better and looks better. However if graphics are not your thing, it’s hard for me to recommend Garden Paws no matter where you may play it based on bland gameplay mechanics and more of a chore to gather gold than I normally like in my farming simulators.