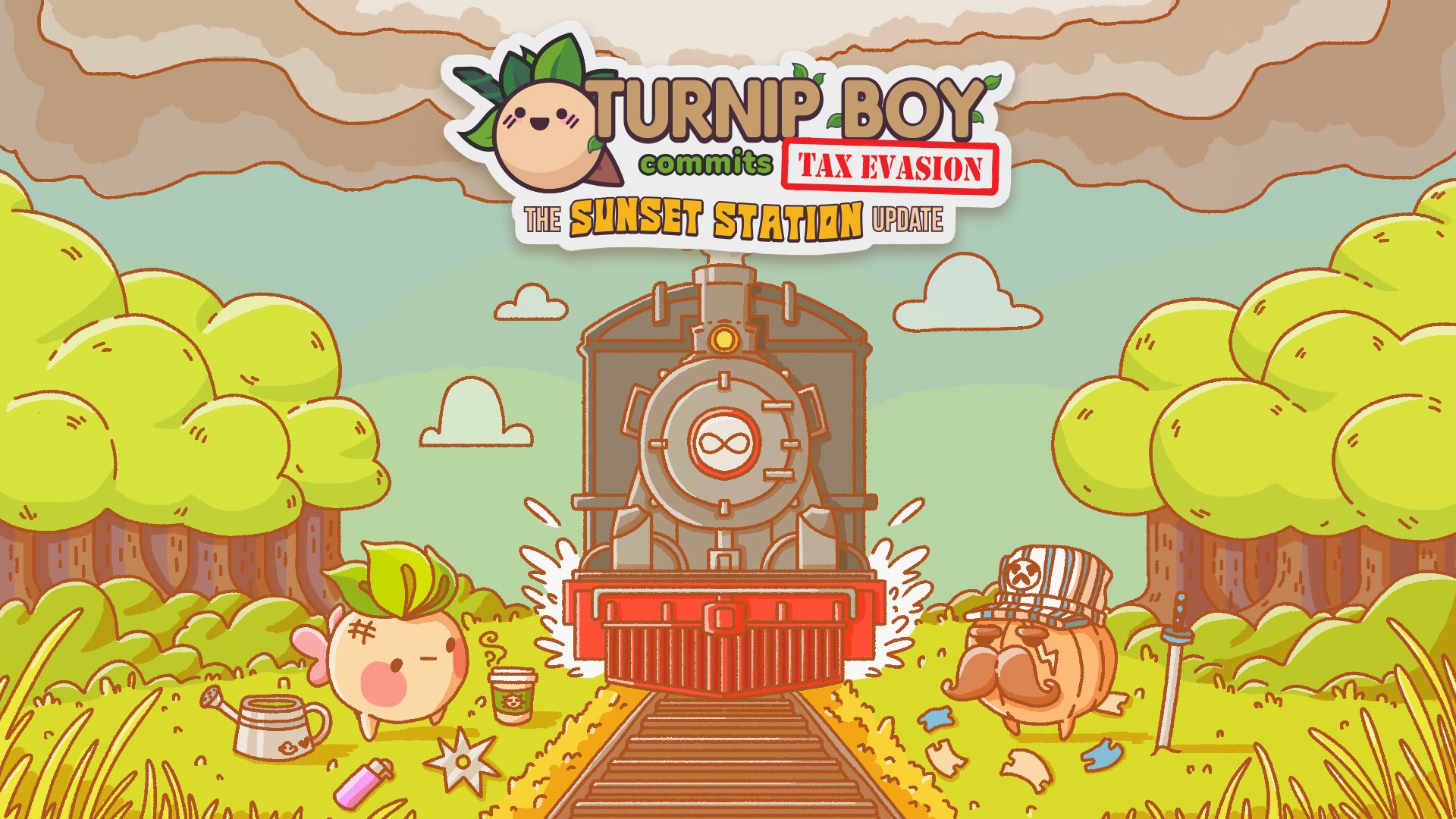 Just when you think Turnip Boy was done after his bout with tax evasion, he has an all new adventure ahead of him in the form of free DLC! Turnip Boy Commits Tax Evasion will be getting a content update called The Sunset Station on August 26 that features new hats, revamped gameplay, and a roguelike endless dungeon that takes place on a train.

If you would like to know more about The Sunset Station Free DLC for Turnip Boy Commits Tax Evasion, you can a trailer and the official press release below.

Reserve your train ticket to experience free DLC for Turnip Boy Commits Tax Evasionfrom Graffiti Games and Snoozy Kazoo. Launching August 26 on Nintendo Switch and Steam (PC, Mac and Linux), The Sunset Station update features a rogue-lite infinite train dungeon known as the Limitless Line that has you battle new and upgraded familiar enemies for a bevy of rewards.

The Limitless Line features vast prizes for doing well in the dungeon, including special Trinkets that aid you during runs. While on the train, you will encounter swarms of foes and much more. Please note that the DLC is only accessed once you complete the game.

Get a glimpse of the DLC in this teaser trailer:

Major Features in the DLC Include:

In Turnip Boy players take control of an adorable turnip who happens to be an absolute menace to society. After failing to pay taxes and getting evicted from his home, Turnip Boy must go on an epic quest to pay back his massive debt to Mayor Onion. Garden tools to solve plantastic puzzles, meet eccentric vegetables and fruits, and take on treacherous fights. Along the journey uncover what’s spoiling this garden community and rise to tear down the corrupt vegetable government!