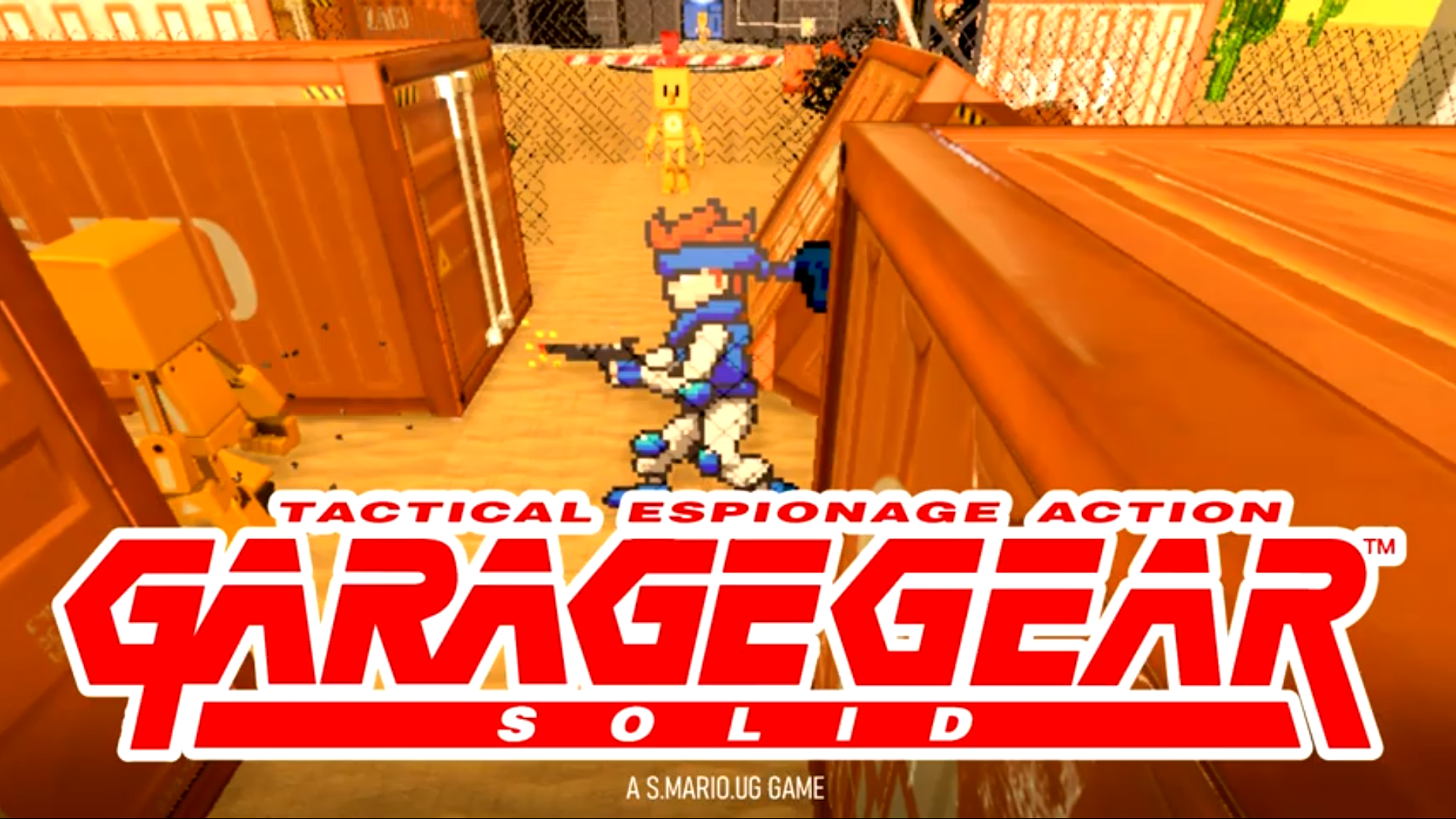 Since it’s launch last month, Game Builder Garage has inspired a huge number of creative users to create their own games. A couple of weeks ago we shared a few of our favorite user created games in an article or two and thought that they might possibly be the best to come from Game Builder Garage. This is not the case and even more games have caught our attention and perhaps the most impressive one we have seen yet is the Metal Gear Solid inspired creation Garage Gear Solid.

This image was created by the game’s creator, all credit and rights belong to them.

GBG user Super.Mario.UG has created a three-part game that masterfully blends into one another without having to load up each individual game. However, you will need all three parts of the game downloaded to your Switch in Game Builder Garage.

We have recorded gameplay footage for all three parts of Garage Gear Solid and have uploaded them to our YouTube channel. Though you won’t have to go to YouTube to watch it as we have embedded it below.

If you would like to play Super.Mario.UG’s Garage Gear Solid, you can use the following Game and Programmer ID to find and download them:

Please do consider going to Super.Mario.UG’s MyGarage.Games profile and leaving them some feedback about the game. I’m sure they would love to hear your thoughts and it may even inspire them to create even more Garage Gear Solid games.

Do you own Game Builder Garage and would like to give Garage Gear Solid a go? Please let us know what you think of it in the comments!