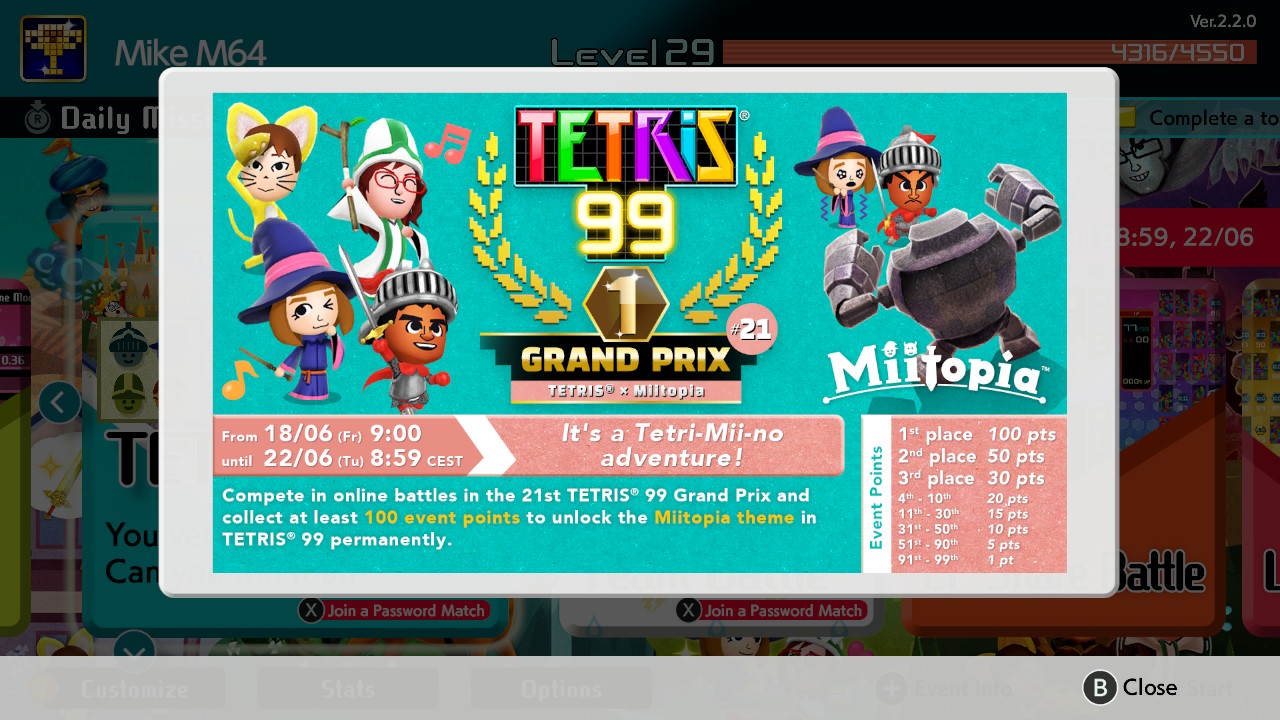 TETRIS99 has a new Grand Prix event starting today and will run until June 22nd. The event’s theme is Miitopia and for all players that compete and earn 100 event points, they will be rewarded with the Miitopia background theme to keep!

Complete in Online Battles in the 21st TETRIS®99 Grand Prix and collect at least 100 event points to unlock the Miitopia theme in TETRISⓇ99 permanently.