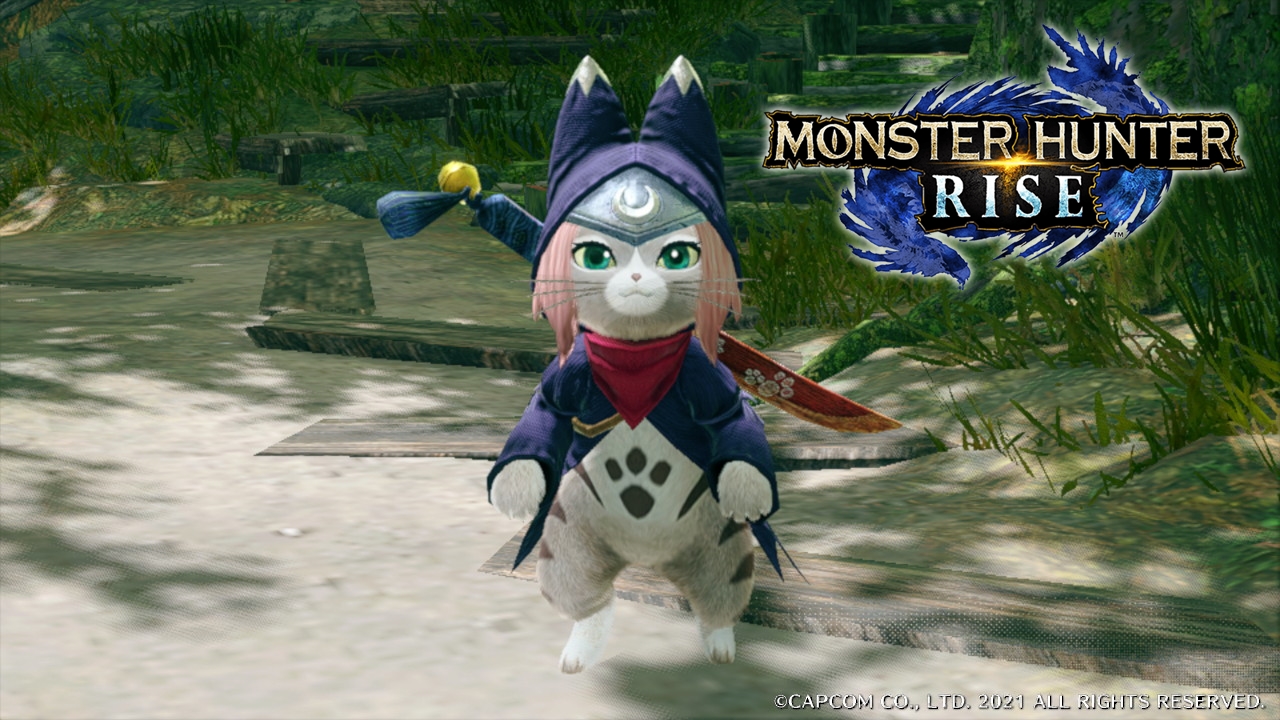 The first Capcom Collab Event for Monster Hunter Rise is now live. By participating in the Collab Event, you will be granted the opportunity to forge a special Layered Armor for your Palico in the form of Tsukino from Monster Hunter Stories 2: Wings of Ruin. So how do you participate? By accepting and completing it’s Event Quest, of course.

First, you must talk to Senri the Mailman, you will be able to access a new Event Quest titled “Bird Wyverns of Ruin?”. Once you have accepted the Add-on content, you can talk to Minoto the Hub Quest Maiden to take on the quest.

The Bird Wyverns of Ruin? Event Quest is a One Star Quest and takes place in an arena. You will fight a Great Baggi, Great Izuchi, and a Kulu-Ya-Ku. Upon defeating all three Monsters, you will be rewarded with a Disguise Device Quest Bonus Reward along with the other rewards you will normally receive.

In order to craft the Tsukino Layered Armor for your Palico, you will need four pieces of Disguise Device. Just repeat the event quest until you have the required amount. When you go to forge the Layered Armor, you will forge both pieces in the set. After that, you can now transform your Palico into Tsukino.