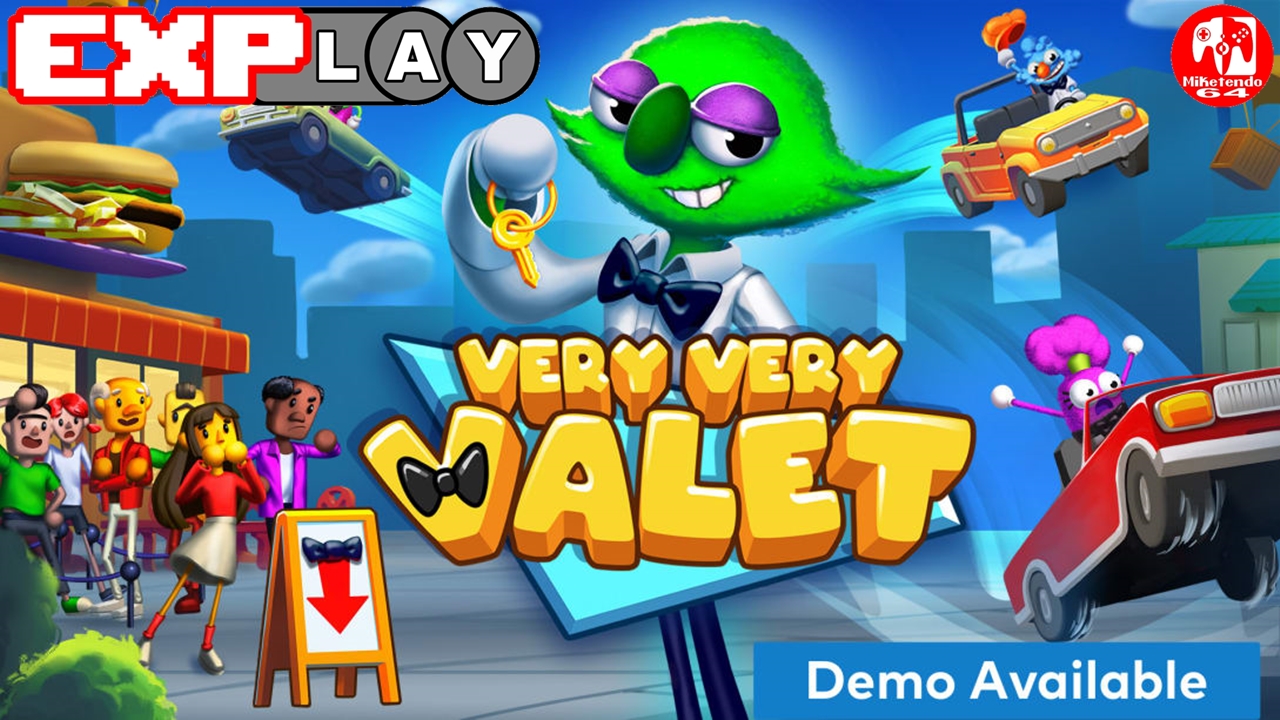 Welcome to EXPlay, (Explain & Play) the review series where we care not for scores but tell it how it is when it comes to every game we get our hands on, whilst also taking the time to include some lengthy gameplay, to give you the reader, the chance to shape your own impressions and views whilst watching and reading. In this installment, we’re covering Very Very Valet by developer Toyful.

Very Very Valet puts you in the shoes of a puppet Valet who, as you may have guessed, must valet cars. You are tasked with driving other people’s cars and parking them and then returning them to their owners when they have finished. Sounds simple enough, right?

Well the premise itself is simple enough but the application can be something else entirely. Some people take longer to eat than others so you could very well be parking up a car, only to have to bring it back to the owner immediately after. Likewise, the very first car you park could also be the last you may need to return.

Up to four players can work together in couch co-op in Very Very Valet and can choose their own puppet mascot as well as their choice of color. Whether you choose to play co-operatively though, is up to you. Do you organize yourselves into a well-oiled machine or do you say “To hell with it and decide to play demolition derby in other people’s cars? Either way, chaos ensues but will you succumb to the mayhem or rise above it give the best darn valet service imaginable? Decisions, decisions.

Very Very Valet has 20 different stages that get progressively more challenging. Some can simply have the parking area in a different location. Others have teleporters that can transport you and the car you are driving to another part of the stage. How you park the cars is up to you and your friends, Just remember, that regardless of the condition that the car is left in, you will need to return it to its owner afterwards.

There is a three star ranking system in place for each stage. Successful parking of cars and returning them without a hitch will net you three stars. Failing to valet a car will cost you a star and if you fail three times, well, no stars for you. Each customer has a patience gauge that starts of green and changes to red when it fills up. If the fills up to the end, the car will mysteriously get abducted and you will lose a star.

Very Very Valet could be considered to be like the Overcooked of driving games. It is surprisingly a lot of fun and while communication is key for a succesful job, it is also just as fun to be disatrous and allow chaos to commence.