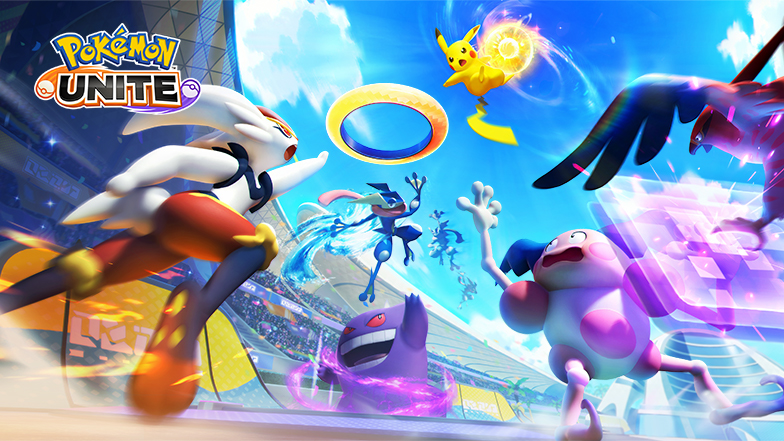 Uniting the world one Pokémon at a time.

While this year’s E3 had nothing to offer in the way of Pokémon news, be it related to Pokémon Brilliant Diamond, Pokémon Shining Pearl, Pokémon Legends: Arceus, or Pokémon UNITE, thankfully today is a different story.

It has been announced that Pokémon UNITE is still planned as a 2021 game, but will see two different release windows. First, it shall arrive on the Nintendo Switch in July 2021 and then it will later roll out for mobile devices sometime in September 2021. Incidentally, for those in Japan, there will be a network test for the Switch version of the game, taking place between June 24 and June 26.

What’s more, since the game will feature crossplay, would-be players are required to have a Nintendo Switch Online subscription to play it. Also, any progress made in the Switch version can be carried on in the mobile release and that provided players sign in to either their Nintendo Account or Pokémon Trainer Club account, they will still be able to use purchased content and gems across both devices. It has also been stated there will be a native voice chat available for all platforms, as well as a native text/stamp chat and friend list.

For even more on Pokémon UNITE, here is the official overview released for the title from its official website and a brand new trailer:

ALL ABOUT UNITE BATTLES:

Pokémon Trainers from around the world come here to harness the power of Aeos energy in thrilling battles.

Before battle, each player chooses one Pokémon. Each Pokémon has its own strengths and weaknesses.

During each battle, Pokémon will experience tremendous growth and even temporarily evolve!

Players select the moves their Pokémon can potentially learn and the items it will hold in battle.

As the battle progresses, Pokémon will get stronger and learn a variety of new moves. Practice and discover which moves suit your playstyle the best!

You can get the most out of your Pokémon by giving it up to three items to hold. There are over 15 types of held items, so find a combination that best complements your Pokémon’s moves.

Trainers can support their Pokémon during a battle by using battle items.

During battle, players defeat wild Pokémon or opposing Pokémon and collect the Aeos energy they drop.

Then, players deposit that Aeos energy into one of their opponents’ goal zones to score points for their team. At the end of battle, the team with the most points wins! Work with your teammates to earn points and to defend your goal zones to limit your opponents’ opportunities to score.

Keep battling to earn in-game rewards that will unlock more Pokémon, as well as outfits for your Trainer and Holowear for your Pokémon.

You’ll also be able to unlock rewards with Aeos gems, which can be purchased with real-world money.

Look out for powerful wild Legendary Pokémon that can quickly change the course of battle.

So what do you think? Is Pokémon UNITE a game you’re willing to try when it releases next month? Let us know!