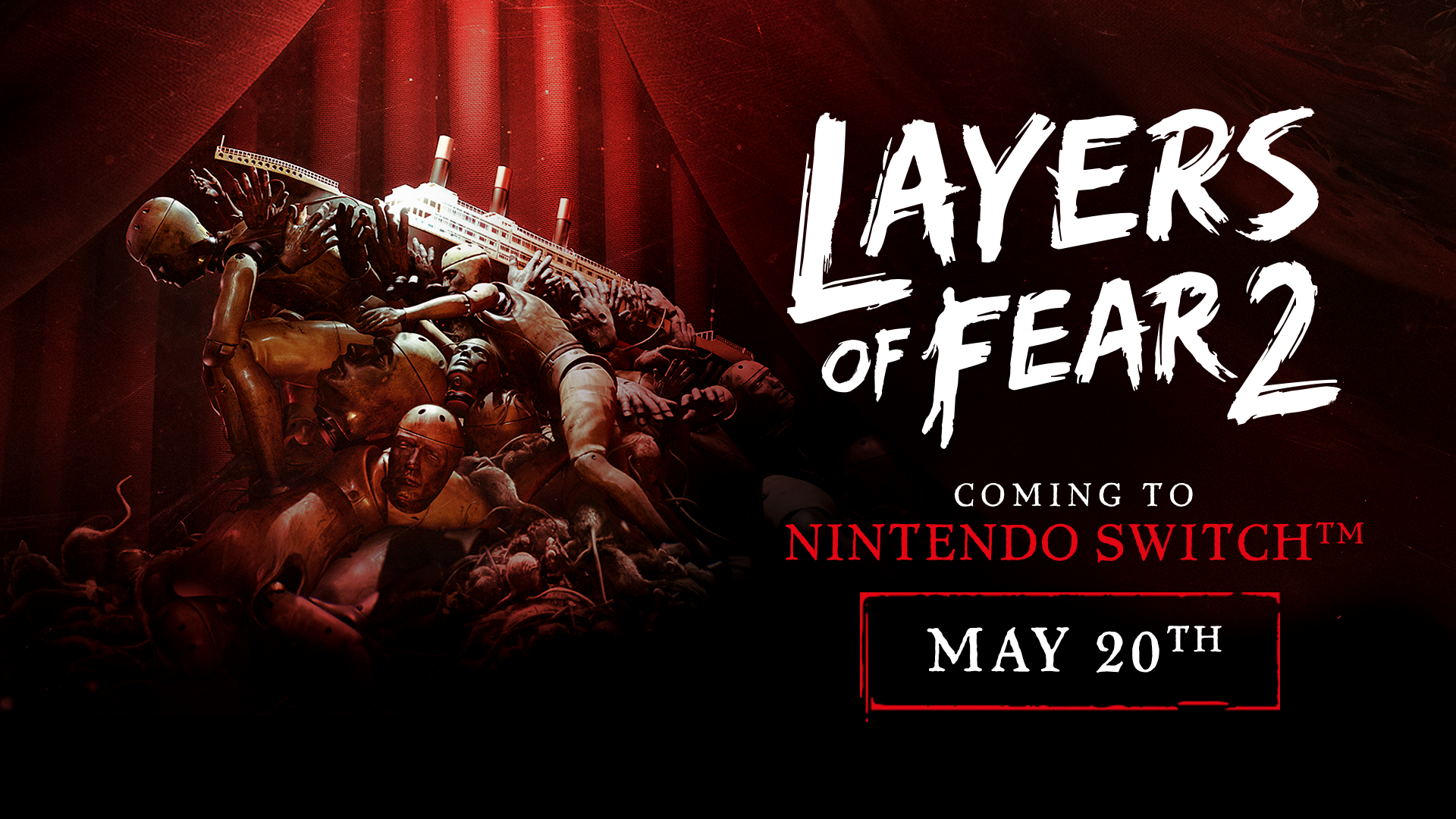 KRAKOW, POLAND – May 12, 2021—Bloober Team, the studio behind critically acclaimed titles such as The Medium and Observer: System Redux, is thrilled to announce that Layers of Fear 2 is coming to Nintendo Switch™ on Nintendo eShop on May 20th, 2021! This sequel to the fan-favorite psychological horror phenomenon is now available on the Nintendo eShop for USD 29.99 / EUR 29.99 with a special 10% pre-order discount. Watch the announcement trailer below:
Layers of Fear 2 – Nintendo Switch Reveal Trailer
Co-developed by Dreamloop Games for the Nintendo Switch release, Layers of Fear 2 is a first-person psychological horror game that puts you in the shoes of a Hollywood actor aboard an ocean liner, where an eccentric and mysterious director (voiced by Tony Todd) shoots his new film with you in the lead role.