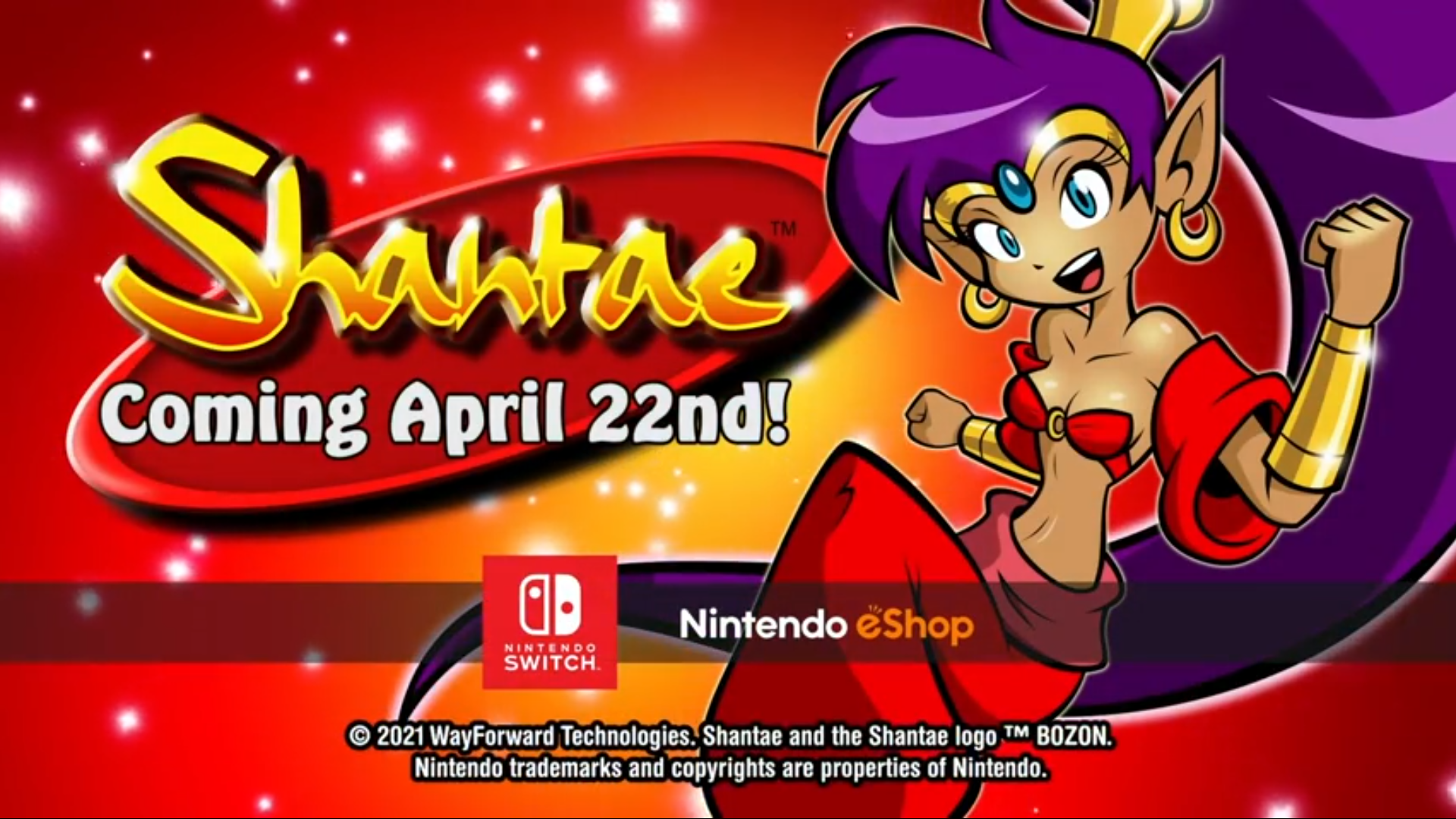 WayForward has released a snazzy new trailer to reveal the release date of the original Gameboy Color game Shantae that is coming to the Nintendo Switch. Shantae will launch on the Nintendo Switch eShop on April 22nd. The inclusion of this game on Switch means that all five instalments of the Shantae series will be playable on the console.

Shantae will have two versions playable; the original GBC version and the Gameboy Advance version. Limited Run Games also had a number of physical editions of the game available to pre-order but all editions have since sold out.