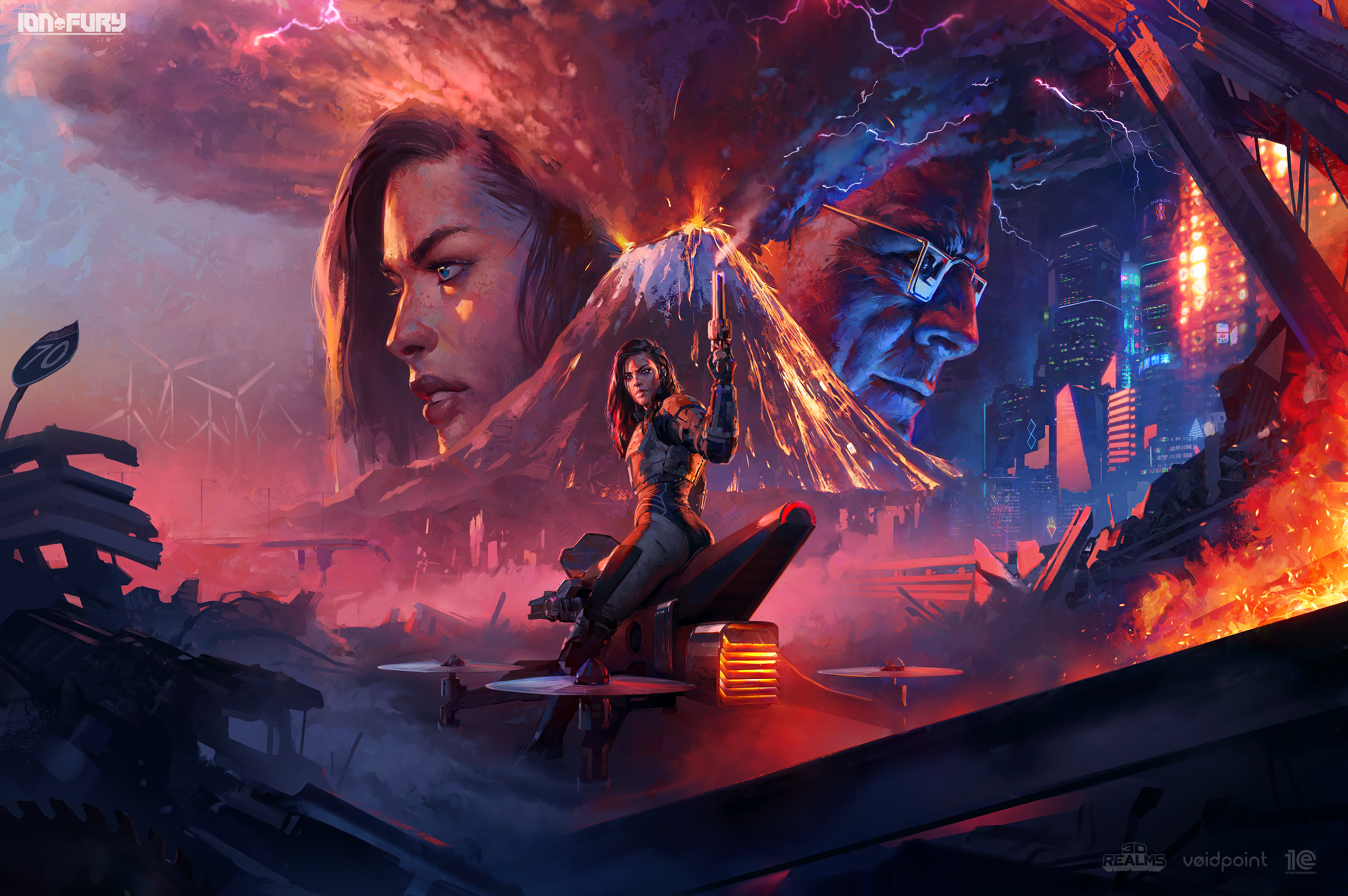 After defeating Heskel in her previous adventure, Shelly Harrison decides to celebrate at a local bar. When explosions interrupt her tasty beverage, she rushes out to find Heskel in a monstrous flying machine, cackling madly as he rockets away toward a mushroom cloud on the horizon.
Instinctively, she reaches for her Loverboy revolver, cocks it, and searches for the fastest transportation she can find – a sleek and powerful high-speed Hover Bike, armed with Drunken Homing Plasma Missiles. Shelly’s fight against Heskel continues with multiple brand-new zones to explore, new dangerous enemies, new armaments to destroy them with, and some amazing high-speed vehicle combat.
Like classic expansions, Aftershock offers a brand new Arrange mode. Whether playing for the first time or revisiting Ion Fury, choose Arrange mode to experience the original game but now enhanced with new enemies, weapons and more.
Rendered in the very same Build Engine that powered beloved titles like Duke Nukem 3D and Shadow Warrior, Ion Fury takes the classic shooter framework and injects a bit of modern mayhem with features like headshots. Voidpoint didn’t just make a game inspired by ‘90s shooters: they practically time-travelled and created their own ‘90s shooter.”

“Aftershock continues Shelly’s story in the best way possible: with rockets and high-speed chases,” said Mike Nielsen, CEO of 3D Realms. “We love seeing the Build engine continue to grow and Ion Fury: Aftershock does some awesome things that we can’t wait to share with you.”

Ion Fury: Aftershock will be available Summer 2021 on Steam, Nintendo Switch, PlayStation® 4, and Xbox One. Ion Fury is available on Steam and GOG for $24.99. Follow 3D Realms on Twitch, Facebook, YouTube, and Steam.