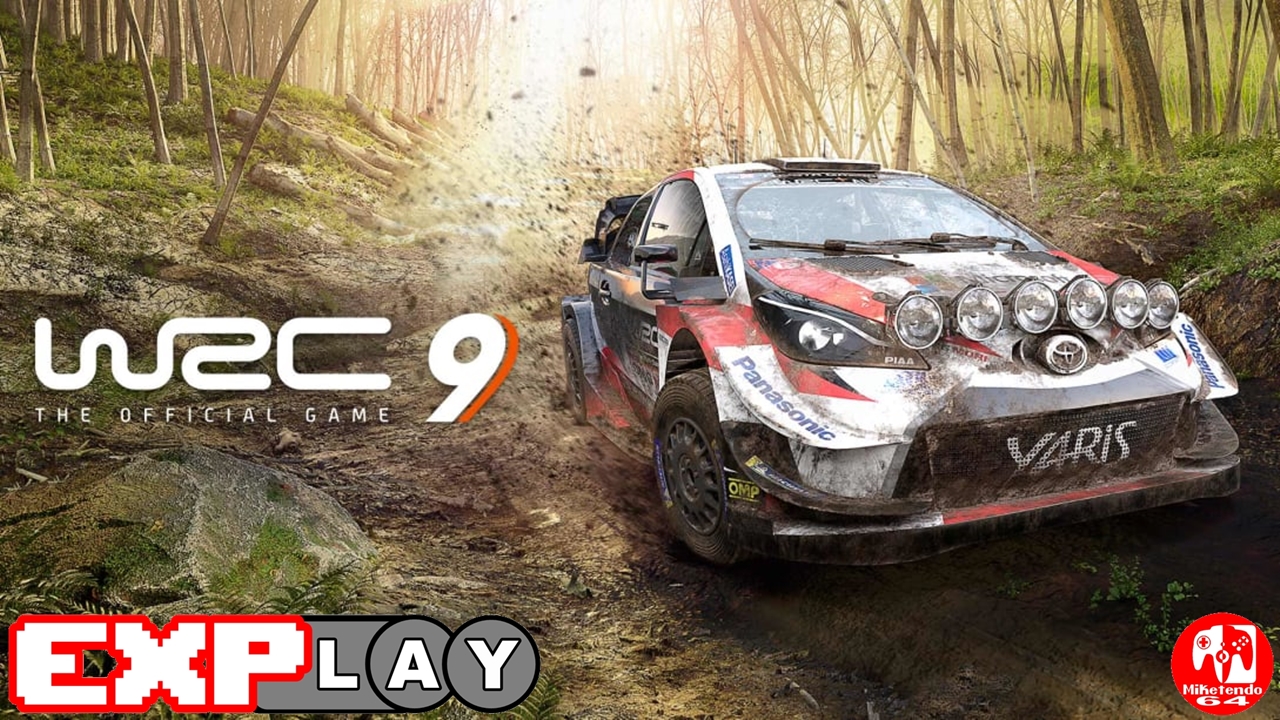 Welcome to EXPlay, (Explain & Play) the review series where we care not for scores but tell it how it is when it comes to every game we get our hands on, whilst also taking the time to include some lengthy gameplay, to give you the reader, the chance to shape your own impressions and views whilst watching and reading. In this installment, we’re covering WRC 9 by developer KT Racing.

WRC 9 The Official Game: (The Explanation)

WRC 9 The Official Game is the latest iteration of the World Rally Championship Video Games series. It released last year on PS4, Xbox One, and PC via the Epic Games Store, and now it has come to Nintendo Switch. WRC 9 follows the 2020 season schedule of the real life Championship. However, the IRL World Rally Championship suffered multiple reschedules and cancellations due to the COVID-19 Pandemic.

WRC 9 offers a number of different game modes from Quick Play, Career, Season, Training, Test Area, and Challenges so there is plenty to keep players entertained. Being a rally racing game, you will have the opportunity to take to the driver’s seat of as part of 50 different teams and race over 100 circuits from real-life locations in 14 countries all over the world. As well as the current WRC, WRC 2, and WRC 3 rally cars that are all drivable, there are also 15 classic rally cars at your disposal as well.

Career mode is the main campaign of the game that has you build up and manage your own team whilst competing in races. You can earn experience, which will allow you to unlock slots on the skill tree. This will give you access to a number of perks like increasing the size and efficiency of your team and crew, improve your vehicle’s performance and its durability.

I’ll be honest and say that the biggest challenge in WRC 9, is not the races themselves but the controls. If you are not familar with any of the WRC games (like myself), you will certainly have a bumpy time to begin with. In other driving/racing/karting games, you are mostly forgiven with how you drive, take corners and manage your speed. WRC 9 takes the textbook of other games and throws it out the window.

You can’t just swing the joystick over to one side and expect the car to just turn easily while staying in contact with the road’s surface at all times. If you do that in WRC 9, you will most likely flip your car. The same also goes for when trying to keeping your car straight after leaving a turn. You also can’t swing the stick all the way in the opposite direction to compensate a poorly judged turn. Doing so will make the vehicle fishtail and it becomes even trickier to control.

WRC 9 offers a more refined and authentic experience that requires precision and it may feel like the game punishes inexperienced players to the point that they may not enjoy the game very much. However, if you stick with it and are willing to improve on your driving skills, you may find it a more rewarding experience.

WRC 9 The Official Game: (The Gameplay)