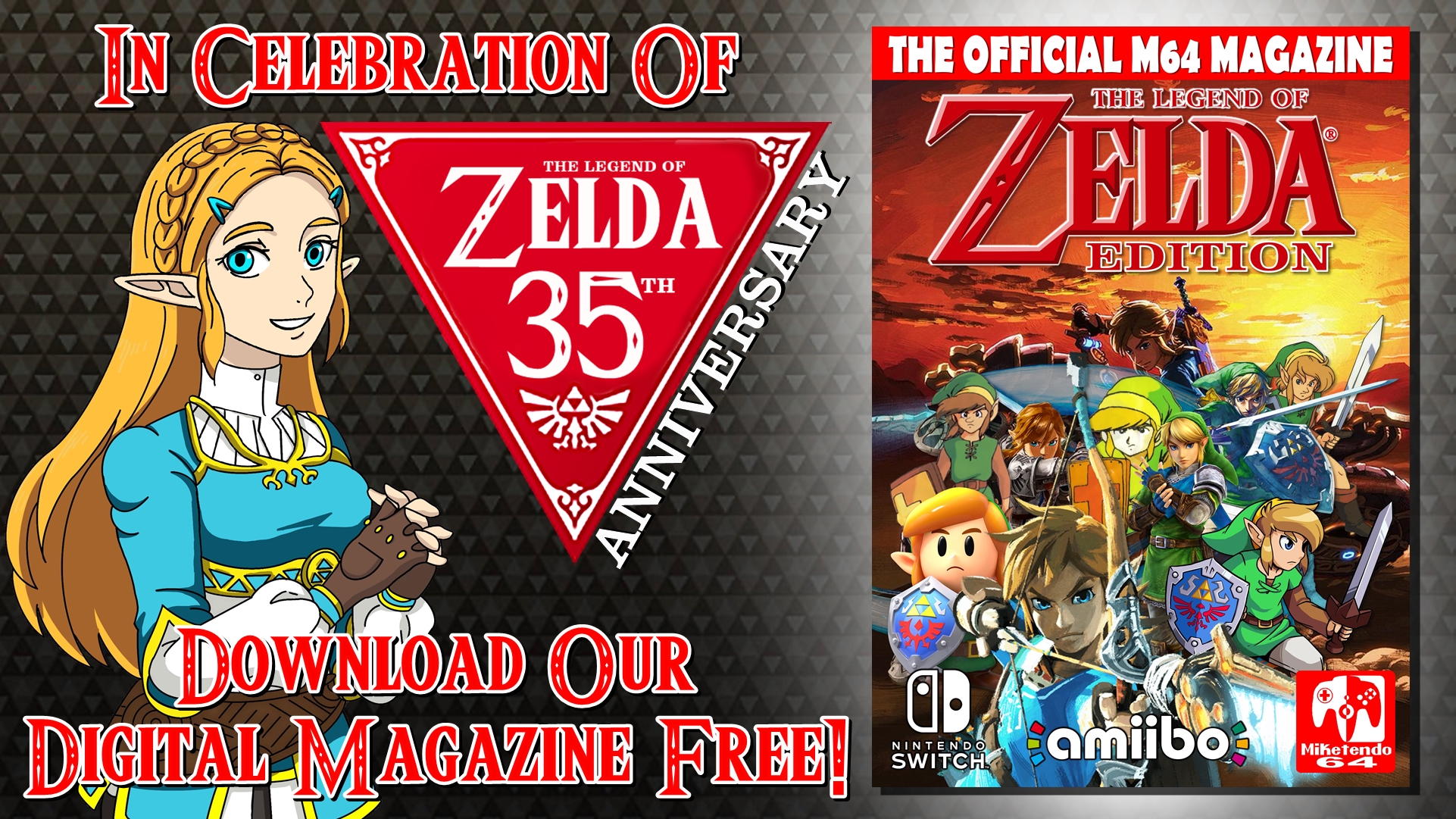 The moment we have been waiting for is here! Allow us to present M64 Magazine – The Legend of Zelda Edition.

Since January, the Miketendo64 team and select guest writers have been working tirelessly on a top-secret project. It was meant to be finished by February 21st, 2021 but divine intervention set us back as the project file got corrupted, and we had to start again from scratch. Alas, we persevered and the finished project can now be shared with the world. It is of course the M64 Magazine – The Legend of Zelda Edition.

Our previous Digital Magazine, which was all about Super Mario’s 35th anniversary, was a success in our eyes and we just had to do the same for The Legend of Zelda. It is a video game series that we hold most dear after all.

So, allow us to present to you the M64 Magazine – The Legend of Zelda Edition!!! It is a 48-page digital magazine dedicated to The Legend of Zelda Series and the many games that can be played on Nintendo Switch, including those that are part of the Nintendo Switch Online subscription service. The magazine is available in both a totally free downloadable PDF or can be viewed online via ISSUU. Feel free to download the PDF and print out the magazine as you see fit!

Here is a sample from the M64 Magazine – The Legend of Zelda Edition to whet your appetite for our digital magazine.

Hello and welcome back to another marvelous issue of M64 Magazine! After finishing up our last digital magazine that was all about Super Mario games on the Nintendo Switch, we are back again with another issue to commemorate the 35th anniversary of The Legend of Zelda.

So, please join us on a journey through the pages of our second free-to-download magazine, as we cover all of Link’s epic adventures available on the Nintendo Switch.

Note: All images in this magazine are official press assets from Nintendo with the exception of those provided by Rowan Fox-Noble of MBPUK, Morgyn Ober, and Mike Longman. We do not own nor claim to own any of the visual media in this magazine.
All articles are unique works for this publication, penned by writers of the Miketendo64 Team and edited by Chris Brandrick.

The publication of this magazine is not for profit or reward. We do not earn anything for publishing or distributing this free-to-download magazine. We must also add that the Legend of Zelda is the sole property of Nintendo.

We sincerely hope that you enjoy our little magazine and find it of interest. While it may not be the most lavish or highly professional, it was a passion project that we were glad to get off the ground.

Please let us know what you think of the eMagazine and what we could do to make the next one even better.

We are not expert Magazine editors and are bound to overlook some mistakes but with your help, we can use the feedback to make the next issue that much better, and feel free to share the magazine with all your friends as the magazine is free for everyone!

As always, until next time, Keep On Gaming, and Happy Anniversary Link and Zelda!