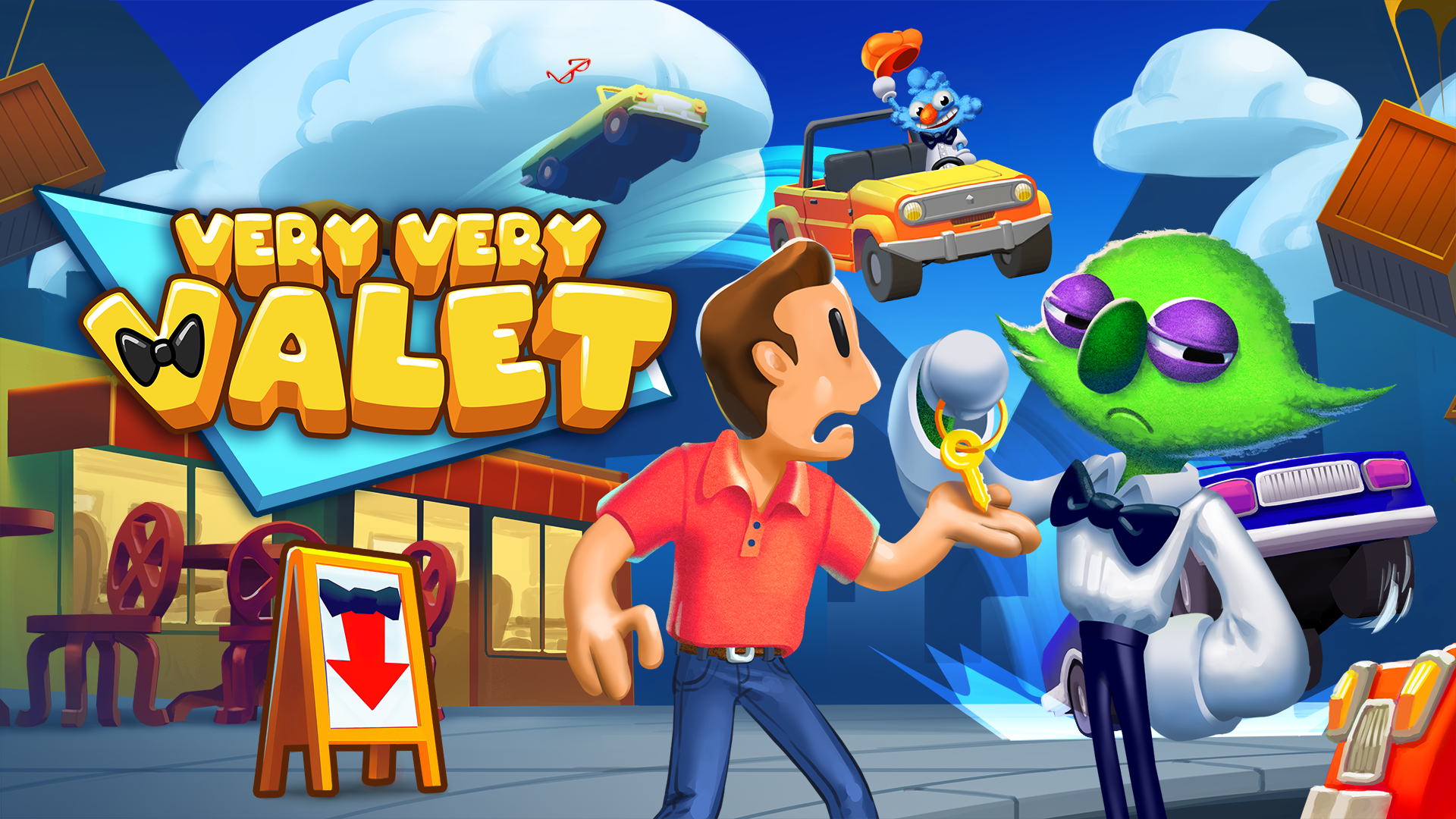 The physical edition of the game comes with a retail exclusive valet; pre-orders are now open at all major retailers

EDISON, NEW JERSEY – March 4, 2021 – From videogame publisher Nighthawk Interactive and developer Toyful Games, Very Very Valet brings up to four players together to take control of a chaotic valet station. Players must team up to grapple with a severe parking shortage and its ensuing chaos. Pre-orders are now open at major retailers including Target, GameStop, Amazon, Walmart, and Best Buy. All physical versions will include the added bonus of an exclusive playable Valet.

Co-op gaming fans will experience an all-new quest as one to four players take control of an “elite” team of puppet valets, working together to overcome any and all valet-related challenges. Teams will need to get creative and utilize a “just park it anywhere” mentality to save the world from a severe parking crisis.

Very Very Valet will be available for Nintendo Switch at U.S. retailers for $29.99 this April. The game has not yet been rated.