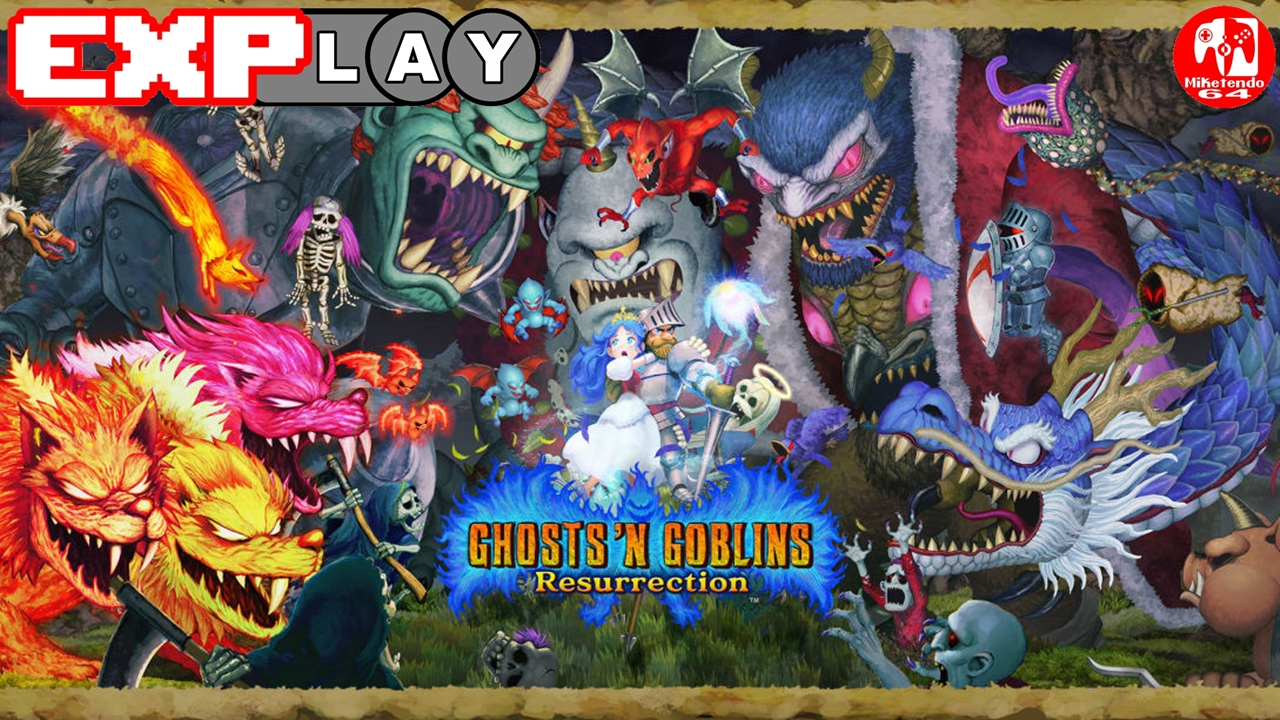 Welcome to EXPlay, (Explain & Play) the review series where we care not for scores but tell it how it is when it comes to every game we get our hands on, whilst also taking the time to include some lengthy gameplay, to give you the reader, the chance to shape your own impressions and views whilst watching and reading. In this installment, we’re covering Ghosts ‘n Goblins: Resurrection by developer Capcom.

The infamous Ghost ‘n Goblins has returned from the dead in Ghost’s ‘n Goblins Resurrection. Our brave knight Arthur dons his armor once again as darkness spreads across the land, bringing the dead back to life. A mysterious being also makes away with the princess of the kingdom, further bolstering Arthur’s desire to save the kingdom and rescue her lady fair.

Arthur is armed with a lance but can collect and use weapons that he finds. However, he can only use one weapon at a time and will lose his previous weapon upon picking up a new one. Some of the weapons that can be found include the dagger, holy fire, hammer, and spinning blades. Each weapon can damage enemies differently and can be used to attack horizontally or vertically.

Arthur’s quest in Ghosts ‘n Goblins: Resurrection will have him venture through a number stages that will be abundant with enemies, hazards, platforms and a big boss waiting at the end. In between stages, you will sometimes be given a choice of which stage you would prefer to play. This can make multiple playthroughs feel slightly less repetive as you select different stages each time.

As you play through each stage, you can earn points towards your score by defeating enemies and collecting items. After beating a stage, your score will be recorded and you play through again to try and beat it. You can also play local co-op with a friend or relative and work together to beat each stage whilst trying to get highest score.

The orignal Ghosts ‘n Goblins is well known for its infamously difficult and challenging gameplay. Ghosts ‘n Goblins: Resurrection does well to fill the shoes of its predecessor but also has easier difficulty modes for those who are not accustomed to being severly punished in video games (myself included). The Easiest difficulty level is Page and grants the player with invincibility so they are impervious to damage but pitfalls will still result in death.

If you are a fan of the series then you will surely get a rise out of Ghosts ‘n Goblins: Resurrection. But even have not played the orignal games, but consider yourself a video game masochist, you will surely find this game a challenge worthy of conquering. Of course, the easier difficulties also make the game accessible for players looking to get a taste of the punishment without being too brutal.