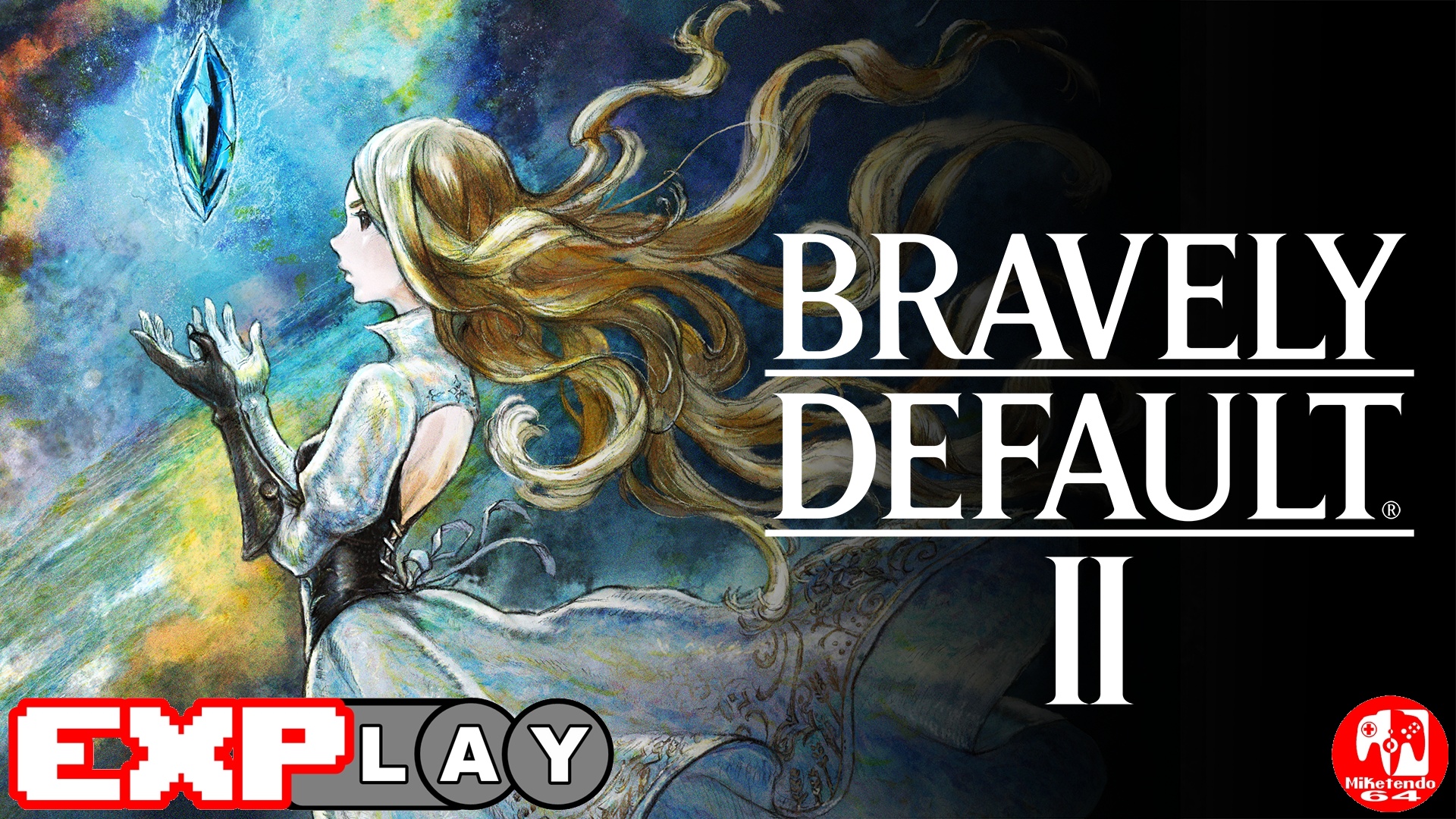 Welcome to EXPlay, (Explain & Play) the review series where we care not for scores but tell it how it is when it comes to every game we get our hands on, whilst also taking the time to include some lengthy gameplay, to give you the reader, the chance to shape your own impressions and views whilst watching and reading. In this instalment, we’re covering Bravely Default II by developer Claytechworks.

In the beginning, there was Luxendarc, a wondrous land full of adventure and after a long time coming, Bravely Default is back, swapping the 3DS for the Nintendo Switch in the form of the long-awaited continuation, Bravely Default II. This time featuring a story completely unrelated to previous games, playing out on the continent named Excillant, Bravely Default II is something of a redemption tale for game producer Tomoya Asano. Although the general consensus of Bravely Second: End Layer was pretty positive, despite the somewhat confusing story, Asano was not a fan of the sequel.

He felt it did not live up to fans’ expectation, which coupled with the game’s “under-performance,” made it “difficult for the team to continue with the series.” Thankfully though, the success of both the Japan–only mobile game, Bravely Default: Fairy’s Effect and Octopath Traveler, inspired the development to bring back the Bravely series and see what they could do with it this time around.

Keeping true to its roots, Bravely Default II is a turn-based RPG that prides itself on its risk versus reward style of battling, what with its Brave Point System in addition to the returning of asterisks, jobs and abilities. So it’s still very much the series fans know and love that offers the standard RPG experience, complete with necessary grinding, levelling up, undertaking countless sidequests, which can seem rather trivial at times.

Something else it achieves, which Bravely Second: End Layer did not, is it features the return of music composer Revo, who just so happened to compose for the first game, but not for its sequel. Still, it’s a good thing he’s back as his work is legendary and he certainly delivered. Another returning factor is the beautiful hand-drawn cities and landscapes that made the games pop so well before, only this time around, the visual art style appears to be an improvement on the original style utilised in previous instalments, but also partly influenced by Octopath Traveler. Of course, there are also moments where the game and its characters look like something out of Final Fantasy XV: Pocket Edition

Identity crisis aside, Bravely Default II is without a doubt, a delightful game to look at and it’s constant improvements over previous titles and its demos, have certainly paid off. The writing and character exchanges might not be on the same level as seen in the earlier games, but there are still funny instances nonetheless, only this time around they are a bit more adult in nature, in the sense that there is more maturity present this time around.

On a positive note, at least keen players are not having to rebuild on the moon again and the ship exploration function of the game is a nifty implementation, with players able to acquire useful treasures and items when they’re not playing, thanks to being able to embark on an exploration and have it play out whilst the Switch is in sleep mode.

Yet, on a negative note, as tempting as it is to try and play this game docked as much as possible, to be able to take in all of its beauty, as far as the size of in-game text goes, handheld is better. (Closer to the eye, easier to read.) Plus we no longer have Yew going on about gravy, although Travis is pretty keen on drinking and talks about it at every opportunity.

While Bravely Default II does not completely set itself out to be the strongest instalment in the series, it’s still a worthwhile RPG that was easier for me to personally click with, than Octopath Traveler ever was. I miss the likes of Yew and Edea Lee, but Bravely Default II is the return to form many had hoped for and its cast of characters are just as interesting as those who came before them. Hopefully, with a bit of luck, this time around the future of the Bravely series looks a lot brighter than it did just a few years previously.