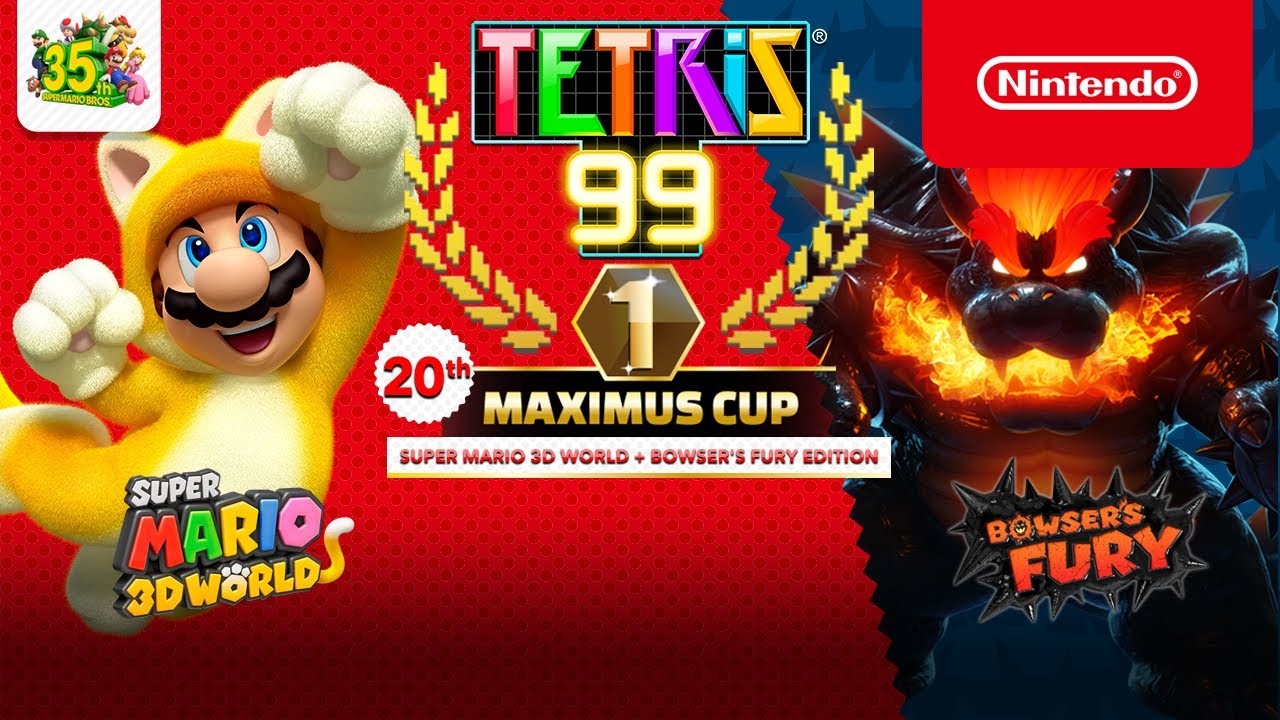 Nintendo America has announced the next TETRIS 99 Maximus Cup. The event will go live on March 4th at 11:00 pm PT and run until 10:59 pm PT on March 8th. The 20th Maximus Cup is Super Mario 3D World + Bowser’s Fury themed and anyone who earns 100 event points during the event will get to keep the theme complete with music and Tetrimono designs inspired by the game.

Will you be taking part in the TETRIS 99 20th Maximus Cup this weekend? Feel free to let us know in the comments.