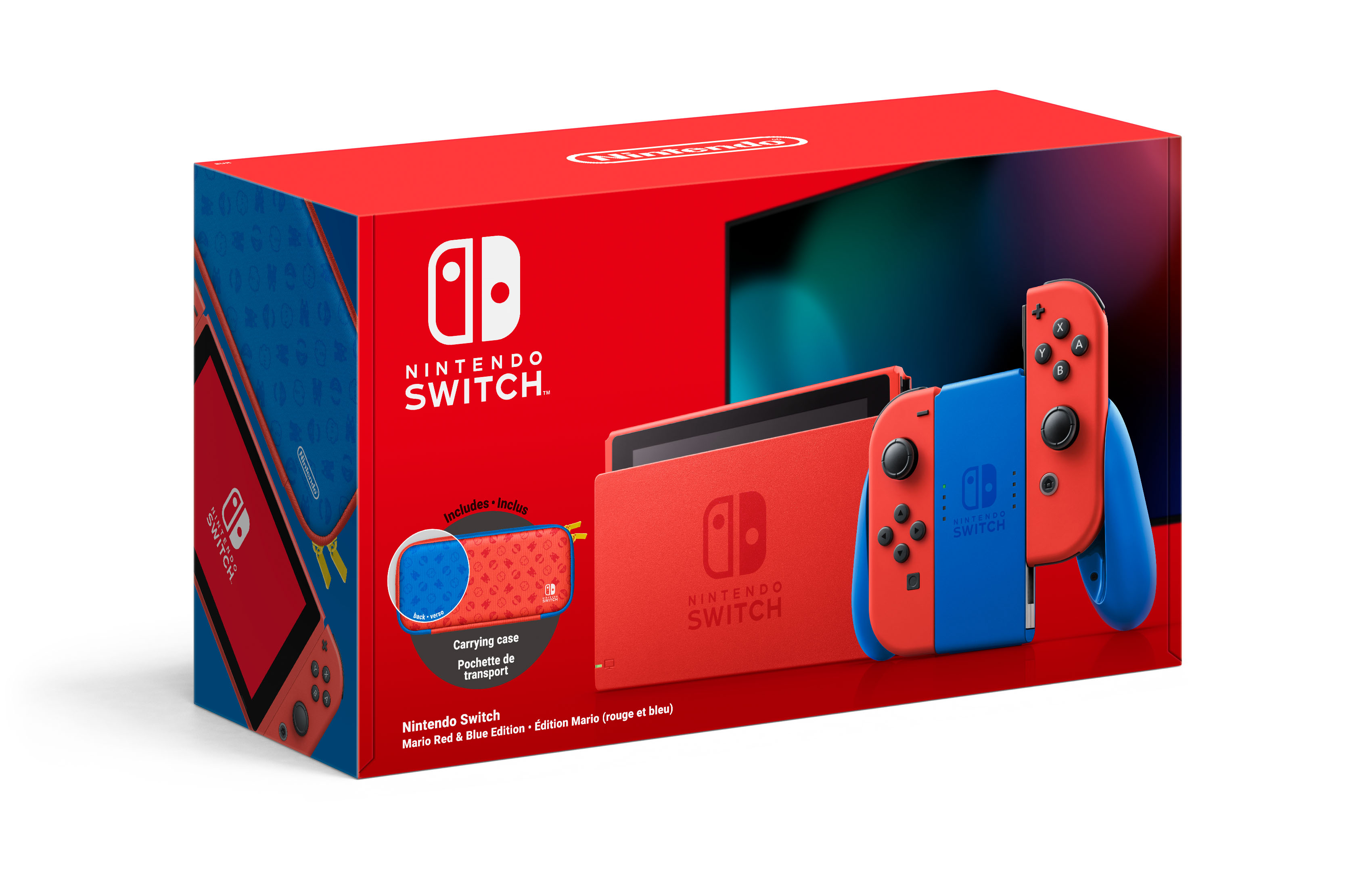 Nintendo has revealed that they will be releasing a new “Super Mario” themed Nintendo Switch to coincide with the launch of Super Mario 3D World + Bowser’s Fury on February 12th. The Nintendo Switch Mario Red & Blue Edition is red in color with red Joy-Con controllers and blue straps and even a red dock. The Joy-Con grip is blue to match the color of Mario’s dungarees. These special edition Nintendo Switch consoles will be available at select stores while stocks last and will also come with a red and blue protective case to keep the console while you are traveling.

Some packshots have emerged of the Nintendo Switch Mario Red & Blue Edition. We have displayed them below.