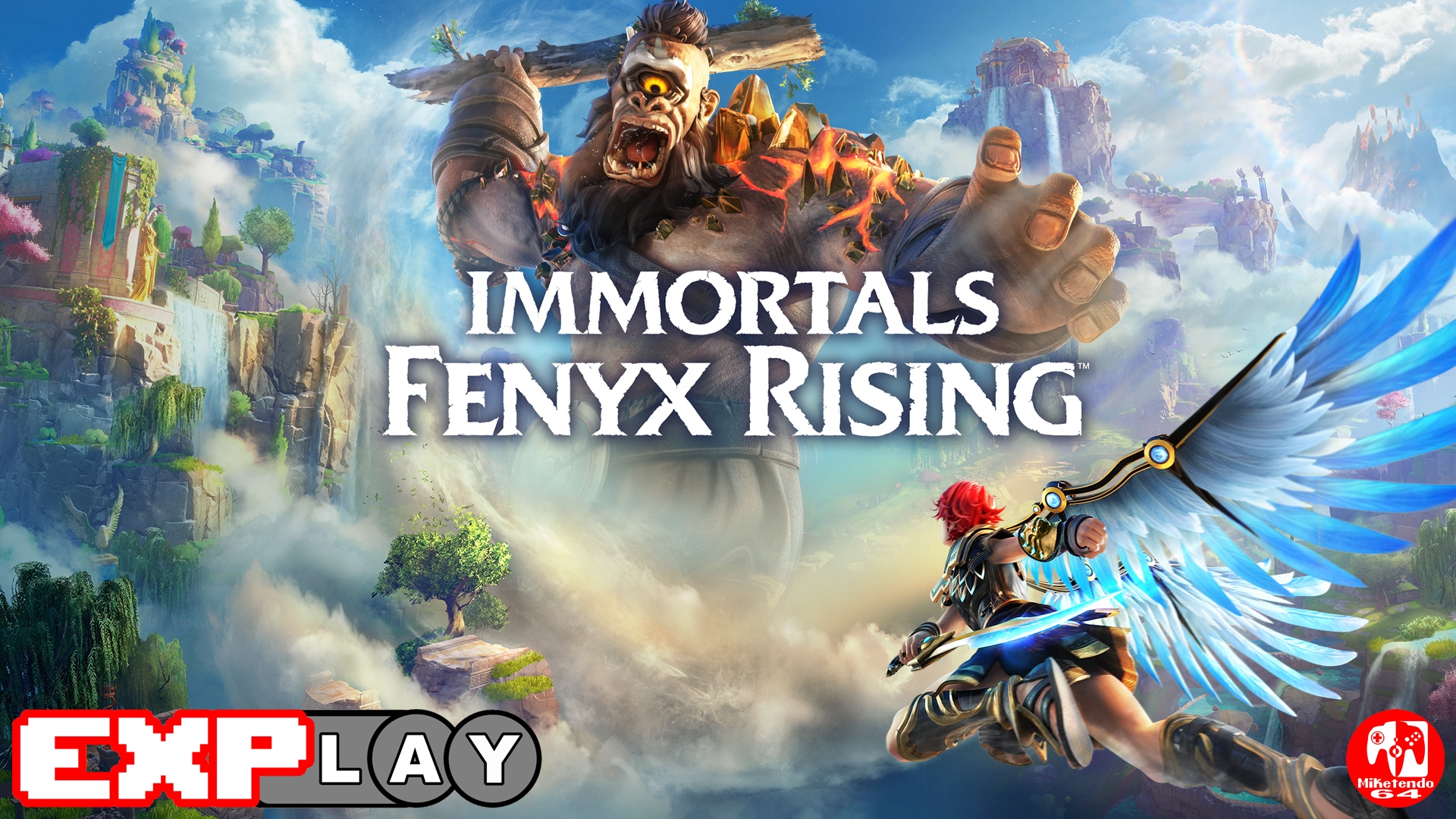 December 5, 2020 1:07 am Published by Mike Scorpio Leave your thoughts

Hey folks, welcome to the feature series we call “EXPlay.” A series of feature articles where we share our experience on games we’ve recently played in the form of written views and captured gameplay footage. For this instalment, we are all about Immortals Fenyx Rising by developer Ubisoft Quebec.

Immortals Fenyx Rising is a third-person action game that pits you against the mythical Gods and Monsters of Ancient Greece. The people of the world have been turned to stone and the Great Gods of Ancient Greece have been rendered powerless by the dark beast Typhon. You take on the role of Fenyx, a Demigod who embarks on an epic quest to save humanity and the Gods.

Fenyx has very little to defend themself in the beginning but soon enough, they will find mythical items like the Sword of Achilles, Axe of Atalanta, Bow of Odysseus, and Daidalos’s Wings. Now fully equipped and ready to battle, Fenyx can go on to slay mythical creatures like the mighty Cyclops, the fearsome Minotaur and even the Gorgon Medusa herself.

Immortals Fenyx Rising has a vast open world to explore with several regions that are inspired by the gods. There are mountains to ascend, snow tundras to traverse, temples to explore and secrets to uncover. In each region, there is a god that needs to help in order to get their powers back. By returning their powers to them, they will in turn help you in your quest.

Like many of Ubisoft’s games, Immortals Fenyx Rising has its fair share of upgradable equipment and skills that can be unlocked. It also makes use of Ubisoft Connect and has a number of rewards available like items and special gear. After you have finished with the main game, there is a number of DLC content to indulge in that can be purchased separately or together in the season pass.

If you enjoy large open world games with epic battles with beasts and monsters like the Legend of Zelda: Breath of the Wild, then Immortals Fenyx Rising might just be a game that interests you. And, if you thought Assassin’s Creed Odyssey was great, then you may be please to know that the team behind that created this one too!

Thank you for reading our EXPlay on Immortals Fenyx Rising. We hope that you find it useful in your decision in picking up the game for yourself. While there are a lot of hidden gems on the Nintendo Switch and a fair number of duds, we’ll leave it to you to decide whether a game is for you or not.