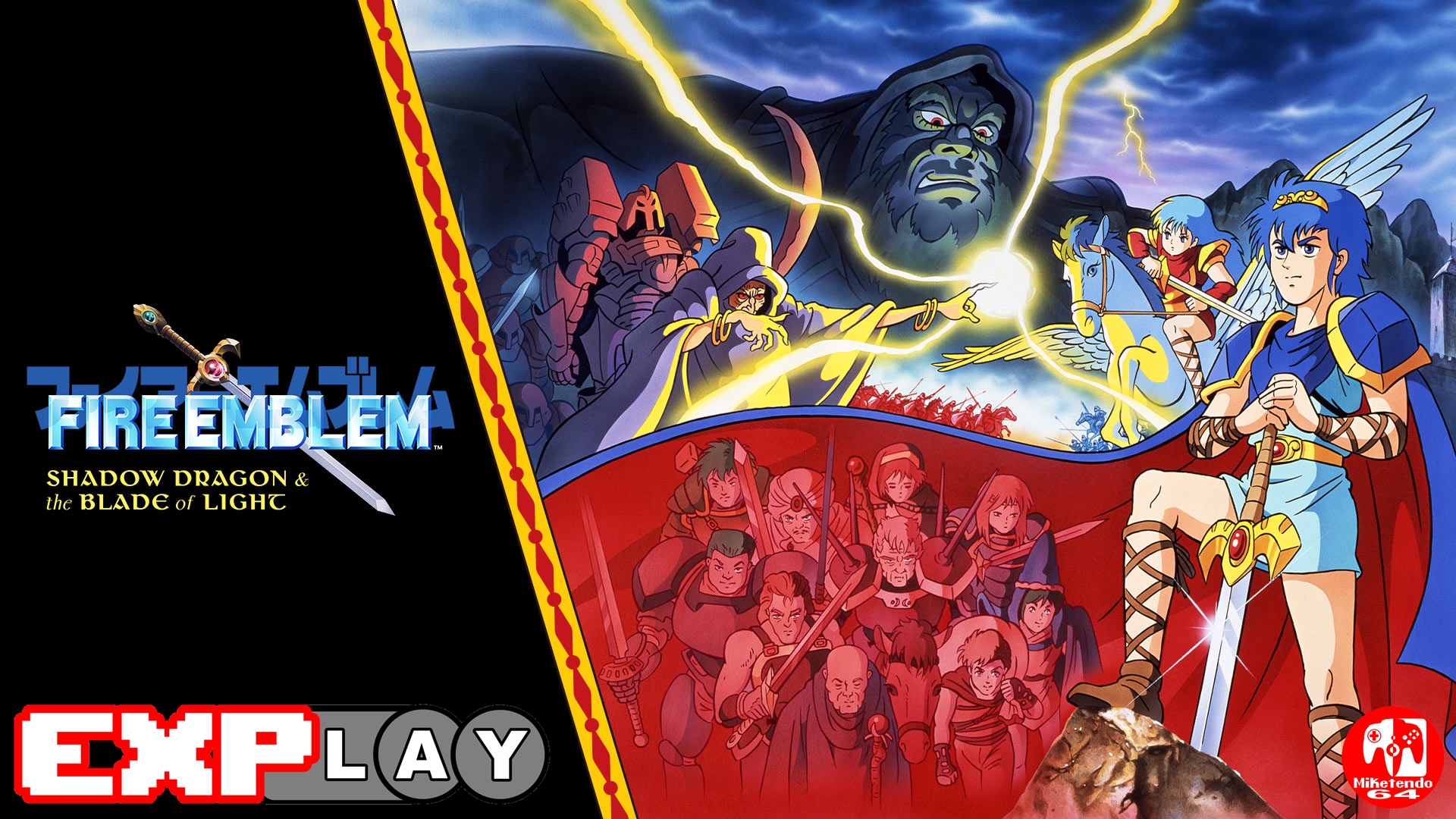 Hey folks, welcome to the feature series we call “EXPlay.” A series of feature articles where we share our experience on games we’ve recently played in the form of written views and captured gameplay footage. In this instalment, we’re all about Fire Emblem: Shadow Dragon & the Blade of Light by developer Intelligent Systems.

Except this time around, instead of being added to the line-up of games available as part of Nintendo Switch Online’s NES app, (despite actually being added to the Famicom app for Japan last year) it’s been giving its own standalone release, with a special collector’s edition available for purchase in some parts of the world. Just expect things to seem a little darker, however, as the game looks as if it was running on the same emulator used for the Nintendo Wii U, and it does look darker compared to the Japanese release that graced the Famicom app last year.

For the most part, this version stays true to the original in almost every regards, from its 8-bit visual aesthetic to level layouts, character design and dialogue exchanges, but a few new sneaky additions have been made. Similar to the NES and SNES games, players are free to create a checkpoint and can load it at any time, which means, if the current battle is not going your way and you’ve lost a favourite unit, you can easily rewind the clock to bring them back and execute a new strategy.

There’s also settings options to rewind turns and speed up gameplay, so just in case you feel like trying to speedrun this 25 chapter-long strategy role-playing game, by all means do so. Otherwise, take things slow and enjoy the ride as you familiarise yourself with more than20 classes and 50 notable Fire Emblem characters, plenty of whom have gone on to make appearances elsewhere, with the most being in the mobile game, Fire Emblem Heroes.

The character communications and story might not be as well written as they are today and things might feel a little weird diving into a Fire Emblem game where the characters aren’t voiced, but this truly is a blast from the past as they content-packed title can easily impress many a diehard fan and comes with the possibility of deepening that love for others, thanks to being able to give them a newfound appreciation for everything this series has been able to achieve.

If you’ve played the latest game in the series (Fire Emblem: Three Houses), then it’s time you play the first. Fire Emblem: Shadow Dragon & the Blade of Light might seem like a bare-bones experience compared to more recent offerings, but this is a game that helped to define a genre, serving as an inspiration to many other releases, all whilst establishing the fundamental elements that would still be used in Fire Emblem games to this date.

At last Marth’s original adventure can be experienced in full and this really is video gaming history in the making, you’d have to be a Fire Emblem Fool to let this one slip through your grasp. It’s only sticking around until March 31, 2020!

Thank you for reading our EXPlay on Fire Emblem: Shadow Dragon & the Blade of Light. We hope that you find it useful in your decision in picking up the game for yourself. While there are a lot of hidden gems on the Nintendo Switch and a fair number of duds, we’ll leave it to you to decide whether a game is for you or not.