[Feature] Cia Wouldn’t Wanna Be Ya! (The Other Hyrule Warriors) 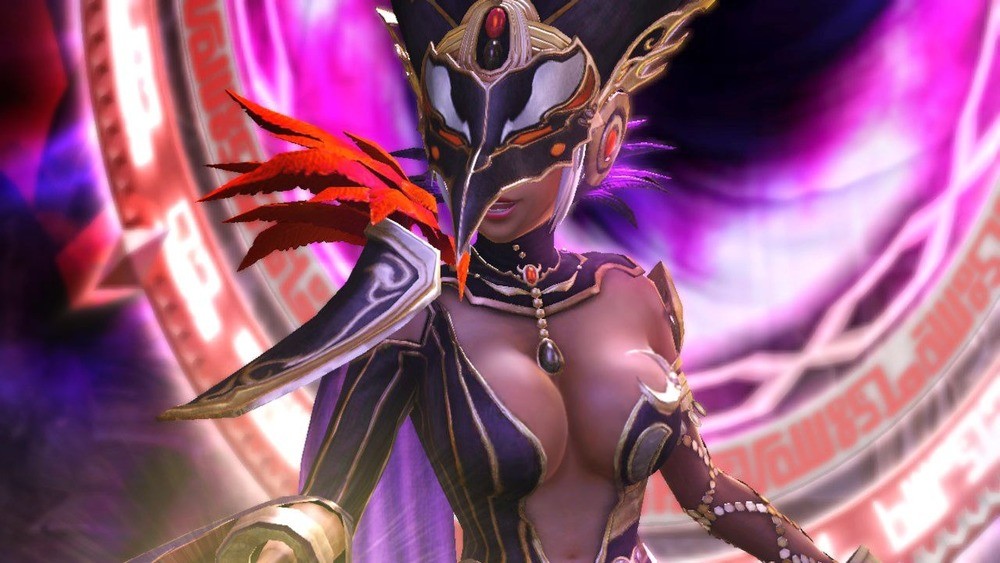 In continuation of this series as part of a mini #ZeldaWeek, it’s time to talk about the sceptre wielding sorceress of darkness!

Meet Cia, the first main antagonist Hyrule Warriors has to offer, only to eventually be given a back seat as surprise, surprise, just like in The Legend of Zelda: Twilight Princess, Cia is just a pawn being used by Ganondorf. Still, just because someone else was the one true big bad, it doesn’t make her any less of a ruthless villain. For the most part, her plan actually works and she’s quite successful in its execution.

Her Armies of Ruin and appointed Generals knew what they were doing, Cia was just unable to go the distance, but that could be down to the fact that her better half, (literally in this case), was working alongside Link and the other heroes. (Wait, what?)

Basically, long before Cia brought war to Hyrule (nothing new there), she served as a guardian maintaining the balance of the Triforce, only due to an unhealthy obsession she’d develop, Cia became vulnerable.

Ganondorf was able to use that vulnerability to corrupt her, forcing all that was good in Cia, out and it would become its own personality in the form of the blue-haired goody, goody Lana and the two sides would continuously butt heads from that point on. Talk about a split personality.

ALL’S FAIR(Y) IN LOVE AND WAR(RIORS)

As a tactician, Cia well and truly proved she had what it takes to almost have a complete victory. She brought the war to Hyrule and her devastation was fierce. Not only that, but as a playable fighter, no one can take a keep down quite as quickly as she can. She’s one of the best characters you could possibly use, it’s just a shame that the one thing that well and truly lets her down, is her massive…obsession with Link.

Were it not for her watching him during her time as a guardian and developing feelings for him and harbouring a deep jealously towards Princess Zelda, she would never have become vulnerable to Ganondorf’s influence. Even during what starts out as a very successful assault on Hyrule, ends up being undone by her desires to claim Link as her own as she becomes blindsided by her own desire.

Seriously Cia, you should have kept your eyes on the prize, lay waste to Hyrule, get Zelda out of the picture and then do what you will with Link. Now we’ve got to go and play Hyrule Warriors: Age of Calamity just to see Calamity Ganon do what you couldn’t. Her failures aside, this is one serious bunny boiler and even Ravio isn’t safe in her presence. (Be afraid Ravio, be very afraid. Lorule might just be the safer place for you!)

While it is true the events of Hyrule Warriors aren’t canon, there is one interesting development during Legend Mode worth jumping into and it relates to Midna from The Legend of Zelda: Twilight Princess. In Hyrule Warriors, players are given a different explanation as to how Midna came to be in her Imp form and it is because Cia is the one who is responsible.

Her sorcery truly knows no bounds and it’s another reason why we like her character so much. She knows how to rack up a KO count and her Twilight Saga was a lot easier to sit through than a certain series of films that are not my cup of tea.

If you enjoyed learning about Cia, we hope you’ll join us again tomorrow for another new instalment of The Other Hyrule Warriors!