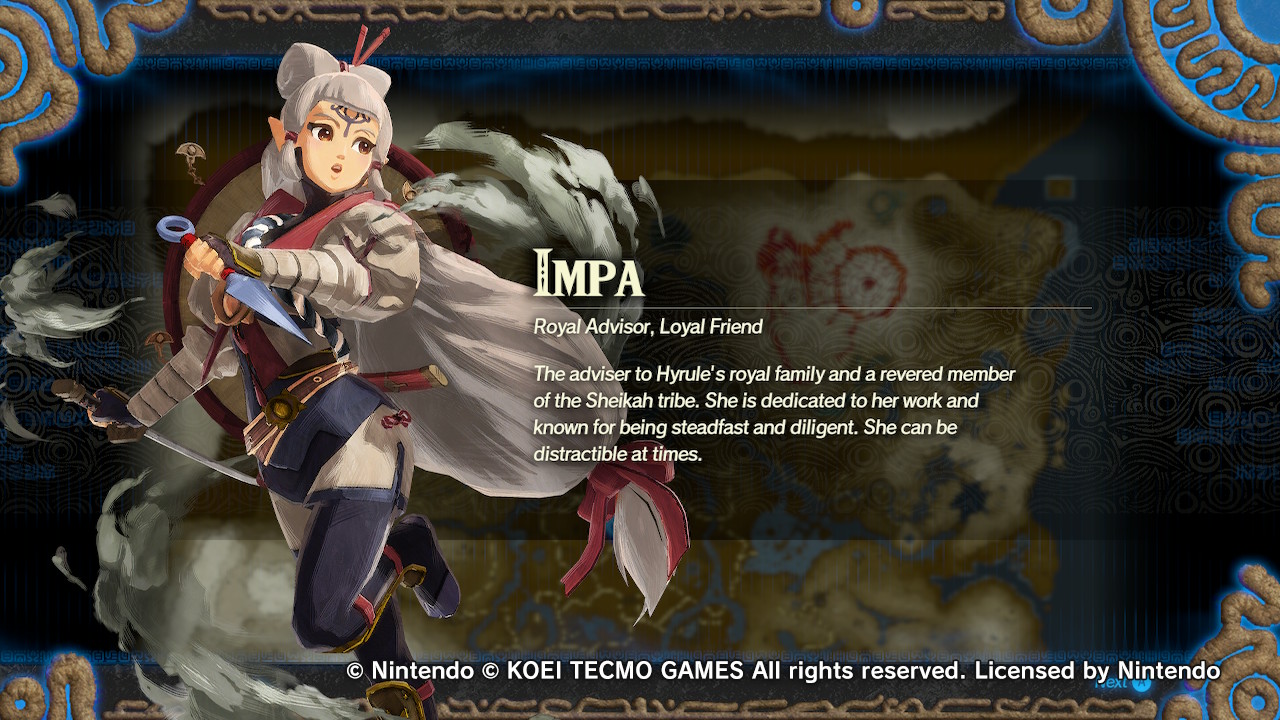 The eyes are wide open.

Just knowing two games I love very much was being merged together to create something new, it brings me endless joy and I get more excited the closer we get to release day on November 20, 2020 and now having played the brand-new demo that excitement has completely reached new heights and I need to talk about why this game is so incredible:

More than Just another Warriors Game

When the first Hyrule Warriors released, it was something we had never seen before. At long last, players were given the chance to not just hear about an ancient war that occurs in the backstory of your typical Zelda game, but they were given the chance to actually experience it. At last, Link can take on hordes of enemies and cut them down to size like the hero he is. We had a taste of that feeling near the end of The Legend of Zelda: Skyward Sword, and then Hyrule Warriors served us a full course meal.

Despite all the love it had for the Zelda series and its incredible line-up of characters, which got bigger and bigger thanks to DLC and Legends, while Hyrule Warriors did a great job of capturing the charm and lore of Zelda, ultimately, it still felt like it was a Warriors game with a Zelda skin, but with Age of Calamity, that simply isn’t the case.

Not for a second am I going to make out like I’ve played the full game, I’ve only played the demo and seen the same trailers and gameplay videos that you guys have, but it is more than enough to tell us this Hyrule Warriors instalment is more in tune with its subject matter than its previous one.

This is not just another warriors game, this truly is the Breath of the Wild sequel I have been hoping for. We finally get to see more of the Champions and their adventure with Link, we finally get to play as them and the story just continues to blow me away at every turn. The cutscenes are terrific, and just like every trailer we get, the demo has left me salivating at the mouth, desperate for more.

Koei Tecmo has done what some might have believed possible and have managed to take what was already a masterpiece of a game and converted it to a Warriors style of gameplay, whilst improving some pre-existing issues, such as weapon durability. Instead of weapons breaking, players can now collect a variety of weapons and fuse them together to make them stronger.

Speaking of combat, it’s so smooth and the combinations you can pull off, are outstanding. Sure like any Warriors game, things are bound to get repetitive soon enough, but with each character being so different to the others, they’re a joy to use. Zelda was never a favourite of mine to use in the previous game, but in this one, her skills with the Sheikah Slate are incredible and I’m not going to lie, as great as a character Impa is to play as, as far as the demo is concerned, Zelda is my go-to-gal.

Something else that Hyrule Warriors: Age of Calamity does that impressed me, was the fact that like in the game this one is a prequel to, players can actually use Magnesis on treasure chests that are partially submerged in the ground. I honestly wasn’t expecting that, but something it doesn’t do, is it’s removed Link’s desire for climbing. That or he is just too busy to even try to climb up ladders and cliff faces now.

It’s a shame to see it go, but given everything else Age of Calamity seems to do right, I’m willing to overlook it for now. At least we have plenty of Koroks to find in the wild, but one big negative that might prove too much for some, is there is some blurriness to the game, especially when running around in the heat of battle and it doesn’t matter if you’re playing in handheld or docked, frame-rate drops can be expected.

When you do progress far enough into the demo to get access to the world map though, then the real fun begins as players can use their gained materials to assist those in need of help to gain access to stables where you can purchase materials, or just assist others so your playable characters can learn new combos.

What’s more, you can even gain access to small challenge maps and give them a go as well, as the full demo allows players to do three of them, in tandem with the two main levels that make up Chapter 1. Without a doubt in my mind, Hyrule Warriors: Age of Calamity is shaping up to be something truly incredible and I honestly can’t wait to see what happens next.

Error 404 – File Not Found. My full thoughts on the demo can be seen above, but I will most certainly have more to say when I get my hands on the full game next month! Thank you for reading.

One thought on “[Preview] More than Just another Warriors Game (Hyrule Warriors: Age of Calamity)”