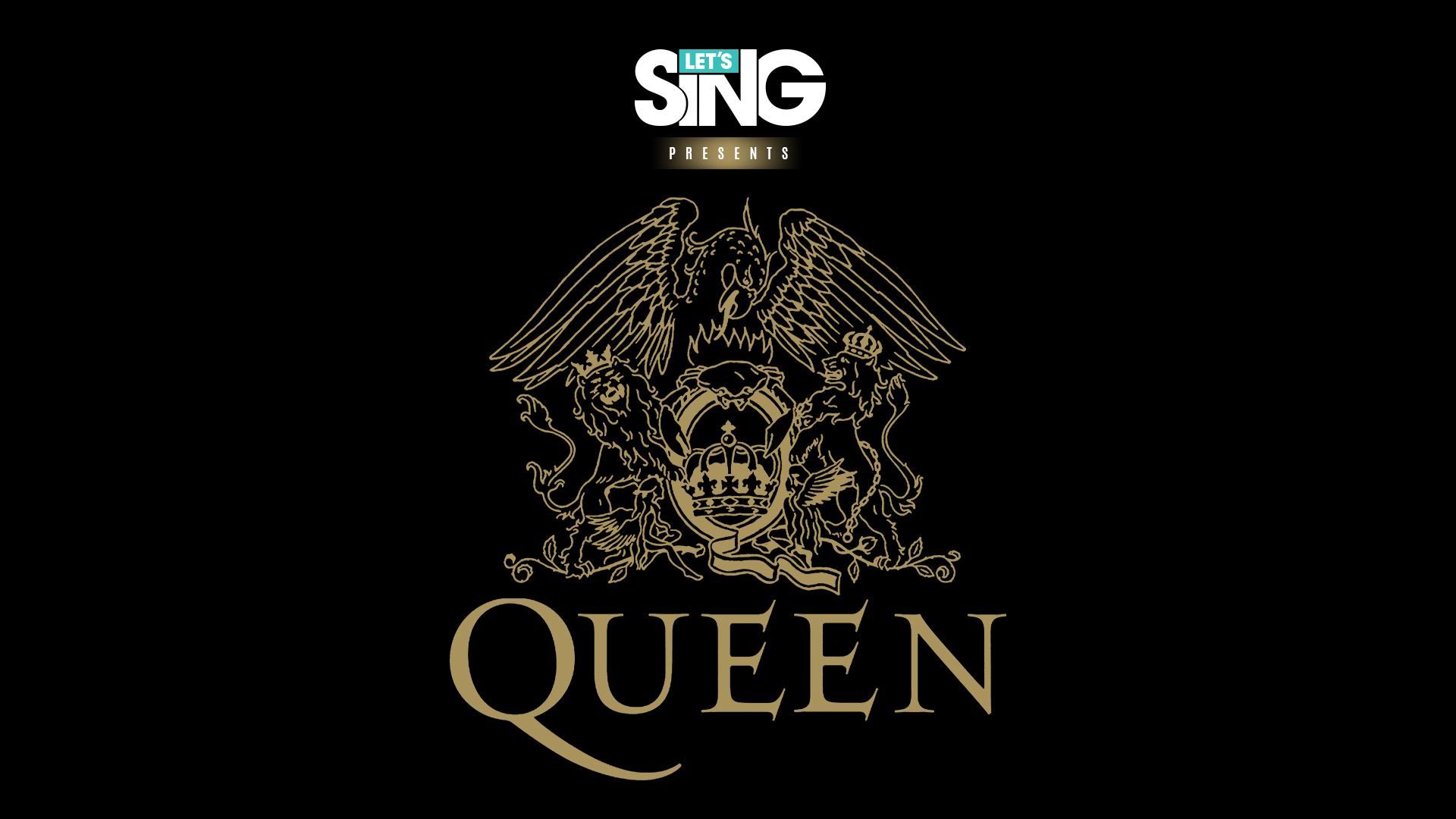 What do you get when you take an iconic band known the world over and a series of games that began back in 2013 with the Deep Silver published Let’s Sing and Dance game? You get a little gem called Let’s Sing Queen as the Let’s Sing series develops a Queen addiction and dedicates an entire game to it and what better way is there to sing out a year like 2020, then with some classic tunes that make us all smile inside.

Being a Let’s Sing game, there is no story as such to Let’s See Queen, just sweet, sweet music, but if you want, we can do a quick story on the band itself for those of you who didn’t see the film Bohemian Rhapsody, it all began in 1970 when the band first formed.

That’s right, this infamous band formed 50 years ago, that’s half a century folks and their music is still killing it! At its very beginning, it started with Freddie Mercury, Brian May, Mike Grose and Roger Taylor. The likes of Barry Mitchell and Doug Bogie then joined for a brief stint before a few years into Queen, John Deacon joined the party and stuck around until the late 90’s. Only two current members are left (May and Taylor,) but like the name of one of Queen’s songs, The Show Must Go On.

During 50 years of Queen, the band was inducted into the Rock and Roll Hall of Fame in 2001, earned a star on the Hollywood Walk of Fame in 2002 and more recently in 2018, Queen was awarded the Grammy Lifetime Achievement Award. Queen has won 4 out of 10 Brit awards they were nominated for and won 4 out of 6 Ivor Novello awards.

In short, they are awesome and Bohemian Rhapsody is a really good film, so if you haven’t watched it yet, you might want to go check it out and have it help fill in some of the blanks.

There are main two ways to play Let’s Sing Queen, the first is with a controller for your Nintendo Switch (Joy-Con and Pro Controller), for navigating the game’s menus and track selection and the other “way” is your controller of choice for the actual gameplay whilst singing, with these particular controllers appearing in the form of a headset, a microphone (USB microphones can plug their USB into the Switch dock) and your smartphone device, provided you’ve downloaded the Let’s Sing Mic app.

Incidentally, your phone that does have the app downloaded, it is required to be using the same Wi-Fi network/mobile data your Switch is using, you need to be logged into your My Nintendo account and you need to open the app and make sure you connect to the correct game, which in this case would be Let’s Sing Queen. After that, you just need to enter a pairing code and way you can go, whatever mic you choose to use, once calibrated, away you go.

Although there are some slight differences to gameplay depending on what mode you are playing through, for the most part, gameplay simply revolves around singing. You need to sing each song as accurately as you can and as precisely as you can (when the notes reach the bar) and do try to hit the correct pitch.

By singing perfectly, players can earn themselves extra points, with golden notes going as far as awarding you with 5 times the usual amount of points and the multiplier also being a requirement for getting as high a score as possible on each song.

On the subject of how gameplay can vary, in feat. mode, players need to sign together and fill a compatibility bar, whilst singing their own solos and key parts of a song they must do together (bars appear multicoloured).

Aside from 30 Queen tracks, Let’s Sing Queen features a variety of modes. You have your typical Classic mode that you can play by yourself and sing your “favourites hits” either on your own or with up to yourself and 3 friends.

There’s a feat. mode where you can sing a duet with either an AI character or your Best Friend and find out just out how compatible the two of you are. Players are also free to check out Mixtape mode whereby themself or with three friends, they can “sing along to the 5 extracts that make up the mixtape” or just use the mixtape creator mode to create your “very own mix.”

For the songs you’ve already successfully sung already, players are welcome to check out the Jukebox and revisit their favourite tracks where they can listen to their beloved songs instead of hearing others trying and possibly failing to sing them.

Yet, for players who are more competitive in nature, there is a World Contest mode where you’re welcome to play against others and do your very best to climb the game’s rankings or you can just host a party for up to 8 players with Let’s Party so two teams can be formed and participate in various challenges.

Incidentally, for the players lacking friends or just not ready to play with others/can’t since you have no one to play with due to lockdown, you can still play Let’s Party mode against an AI.

So, as long as you’re keen to sing your heart out, you can level up in no time and unlock new avatars to play as, but if you’re hoping to finish certain modes 100%, prepare to sing until your voice goes hoarse as you will need to earn all diamond discs from their associated modes.

As you would expect from a game called Let’s Sing Queen, every one of the game’s 30 tracks are all Queen songs and what a selection it is.

From the classics such as We Are The Champions, The Show Must Go On, We Will Rock You, Somebody To Love, Don’t Stop Me Now, I Want to Break Free and the very expected Bohemian Rhapsody, this lovely ensemble even includes the lesser-known likes of Killer Queen, Who Wants to Live Forever, Breakthru and Innuendo and for the diehard fans, they are literal music to your ears.

Sure, it does sound like you’re listening to this epic band as if you were listening to them on YouTube or a CD as opposed to watching them live, but the quality is satisfactory and the only way to make these songs sound rougher than they need to be, is to have someone who can’t sing out all, pick up a microphone and purposefully massacre these exception tracks.

Visually, there are two sides to Let’s Sing Queen. On one there are the typical clean-cut menus fans are accustomed to with Let’s Sing games, easily distinguishable text, a very nice little player profile and in-game characters/avatars that try to look hip, stylish and cool, but the designs of their faces can be a bit off-putting.

Then on the other side, we have the visuals during gameplay, which consists of music videos for the various tracks, which then has lyrics that appear on-screen that you must sign along to with precision.

On the performance side of things, however, sometimes it does feel like the game struggles to hear you hitting the right notes correctly and for as long as you did, but one redeeming factor is the fact that for those who hear things at a delay, they can actually go to settings and adjust the timing. Talk about handy.

If I was to pick just one film from my childhood that I enjoyed more than most, more often or not, Highlander is my film of choice. Some of the acting might have been questionable, but I love the soundtrack and I absolutely love Queen, so to finally have a Let’s Sing game that is all about a band that has plenty of songs I can listen to over and over again, is epic.

Freddie Mercury was a living legend that was larger than life and his legacy lives on, with his and his bandmates’ music, still gracing the ears of those of all ages. It doesn’t matter what genre of music is your favourite, taste is irrelevant when there is literally a Queen song for everyone and you’re most likely to find it in Let’s Sing Queen.

One very disheartening con, however, has to be the fact Video Capture and even Screen Capture, are not enabled, so if you were hoping to take a screenshot and tweet your progress, unfortunately, that’s just not possible and it means the images you see throughout this review, are press assets instead of screenshots I’ve taken myself.

If you are the kind of person who loves to sing your heart out to Queen songs, you can’t go too wrong with Let’s Sing Queen. The tracklist is impressive, even if the overall game doesn’t stand out too much from all the other Let’s Sing games available on the market.