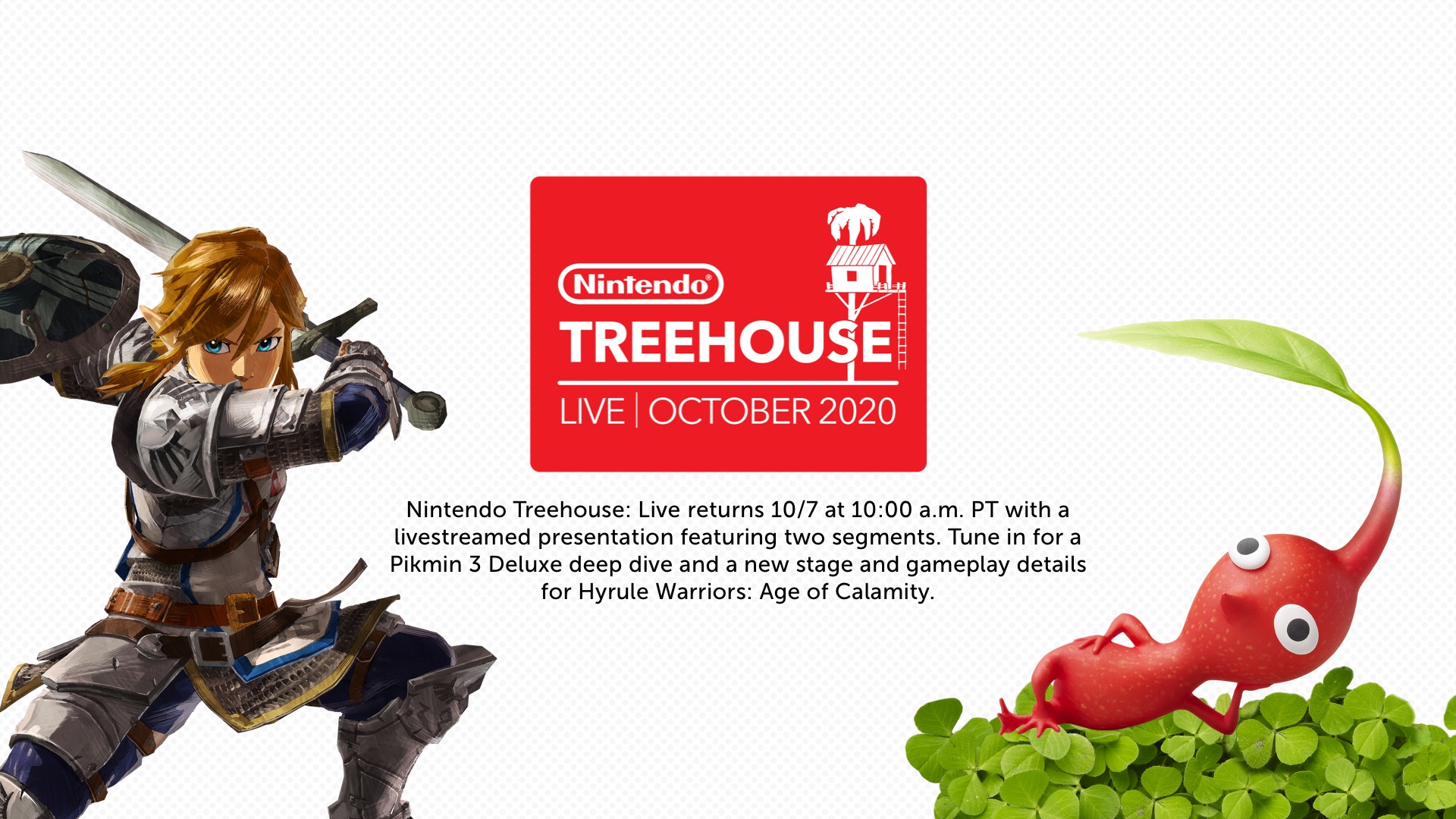 The Nintendo Treehouse Live October 2020 presentation aired today and showed off some gameplay for both Pikmin 3 Deluxe and Hyrule Warriors: Age of Calamity. The first segment focused on Pikmin 3 Deluxe and showcased some of the new features to the game like tips on where to go next, motion controls, and two-player co-operative play. New side stories featuring Captain Olimar and Louie were also shown as well as a new two-player game mode called Bingo Battle. You can watch the Pikmin 3 Deluxe gameplay presentation in the video below or read on to learn more about Hyrule Warriors Age of Calamity.

Hyrule Warriors: Age of Calamity was featured in the second part of the Nintendo Treehouse Live presentation. We got to look at two more characters in action; Urbossa, chieftess of the Gerudo, and Princess Zelda of Hyrule. We also got a good look at other locations including Gerudo Town, its surrounding desert, and the training grounds near Lon Long Ranch. Other finer details that were looked upon include the Koroks making a return, fusing weapons, side quests, customizing Link’s appearance with some of the apparel available in Breath of the Wild.

You can check out the Hyrule Warriors: Age of Calamity Nintendo Treehouse Segment below.

An important note to add is that a demo for Pikmin 3 Deluxe will be going live later today and will allow save data to be carried over to the full game.