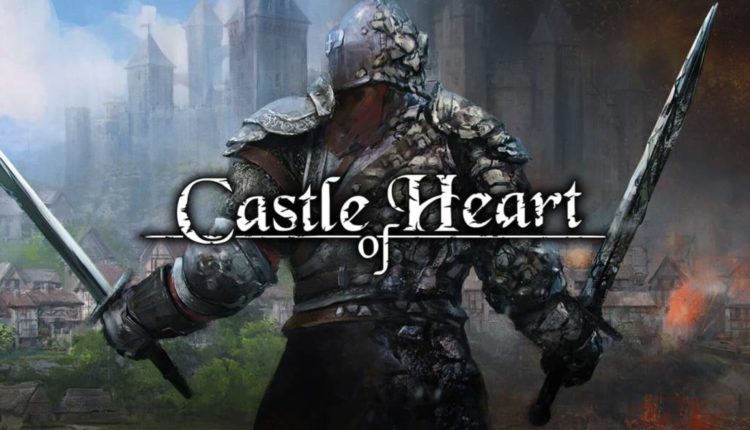 In today’s installment, our keyword is none other than Castle and these are the four games selected by yours truly:

CASTLE OF HEART, available exclusively for Nintendo Switch™, is a classic action platformer at the genre’s best… and most challenging, with plentiful of new twists on formula to experience. The players take control over a cursed knight, turned to stone by the evil sorcerer’s spell, but ready to prove that love and courage can conquer even the darkest magic.

The brave hero must travel all the way from the petrified village to the dark ruler’s castle, mastering 20 levels set in 4 distinct environments – full of enemies who require different strategies to face them successfully and sudden gameplay changes, which translate to exciting, dynamic action sequences. The selection of progressively more powerful additional weapons, from flaming grenades to powerful magical arsenal, as well as power-ups, will help him in his quest. But remember – the body of stone has its limits! It disintegrates permanently as the knight loses the energy, which he can supply only by defeating his enemies, and if the process reaches the critical level, he may lose one of his arms and the ability to wield additional weapons with it.

Castle of Heart offers beautiful and detailed 3D graphics with changing landscape, weather conditions and rich backgrounds. The game’s aesthetics and bestiary are in equal parts inspired by the Slavic mythology – with some locations derived straight from famous, mystical locations in Poland, the developers’ home country – and the dark fantasy atmosphere of the best action platformer titles from the golden age of the genre. All of this makes Castle of Heart a perfect mix of classic influences and modern approach, utilizing the spectrum of Nintendo Switch™ features, which will enchant both fans of the genre and newcomers.

Aim your catapults! Command your troops! Bloody the battlefield! CastleStorm II levels up gaming’s greatest genre mishmash with ruthless destruction powered by Unreal 4, plus a whole new metagame of strategic, tactical conquest. The heroes of the Kingdom confront the vile forces of the Undead, and you’ll plot your path to triumph for both sides in two epic story-driven campaigns. But not without some hands-on chaotic carnage and delightful devastation!

Build an entire empire through gameplay that engages your inner hardcore strategist…then command – even CONTROL – your soldiers en route to triumph!

Bloodstained: Ritual Of The Night

Play as Miriam, an orphan scarred by an alchemist’s curse which slowly crystallizes her body. To save humanity, and herself in the process, Miriam must fight through the castle and defeat the summoner, Gebel.

Collect, craft and unlock a vast array of weapons, equipment and loot to defeat the countless minions and bosses of hell that await!

Hack, slash, and smash your way to victory in this Remastered edition of the popular 2D arcade adventure from The Behemoth! At 60FPS, Castle Crashers Remastered delivers hi-res visuals like nothing you’ve ever seen before. Up to four friends can play locally or online and save your princess, defend your kingdom, and crash some castles!

Featuring:
•Unlock more than 25 characters and over 40 weapons!
•Intuitive combo and magic system: Unlock an arsenal of new attacks as your character progresses through the game.
•Level up your character and adjust Strength, Magic, Defense, and Agility.
•Adorable animal orbs are your companions. Each adds different abilities to aid you on your journey.
•Arena mode: Battle other players in free-for-all or team matches!
•Back Off Barbarian mini game: Jump and hop across the level to avoid the enemies!
•Insane Mode: Test your skills in the ultimate campaign challenge