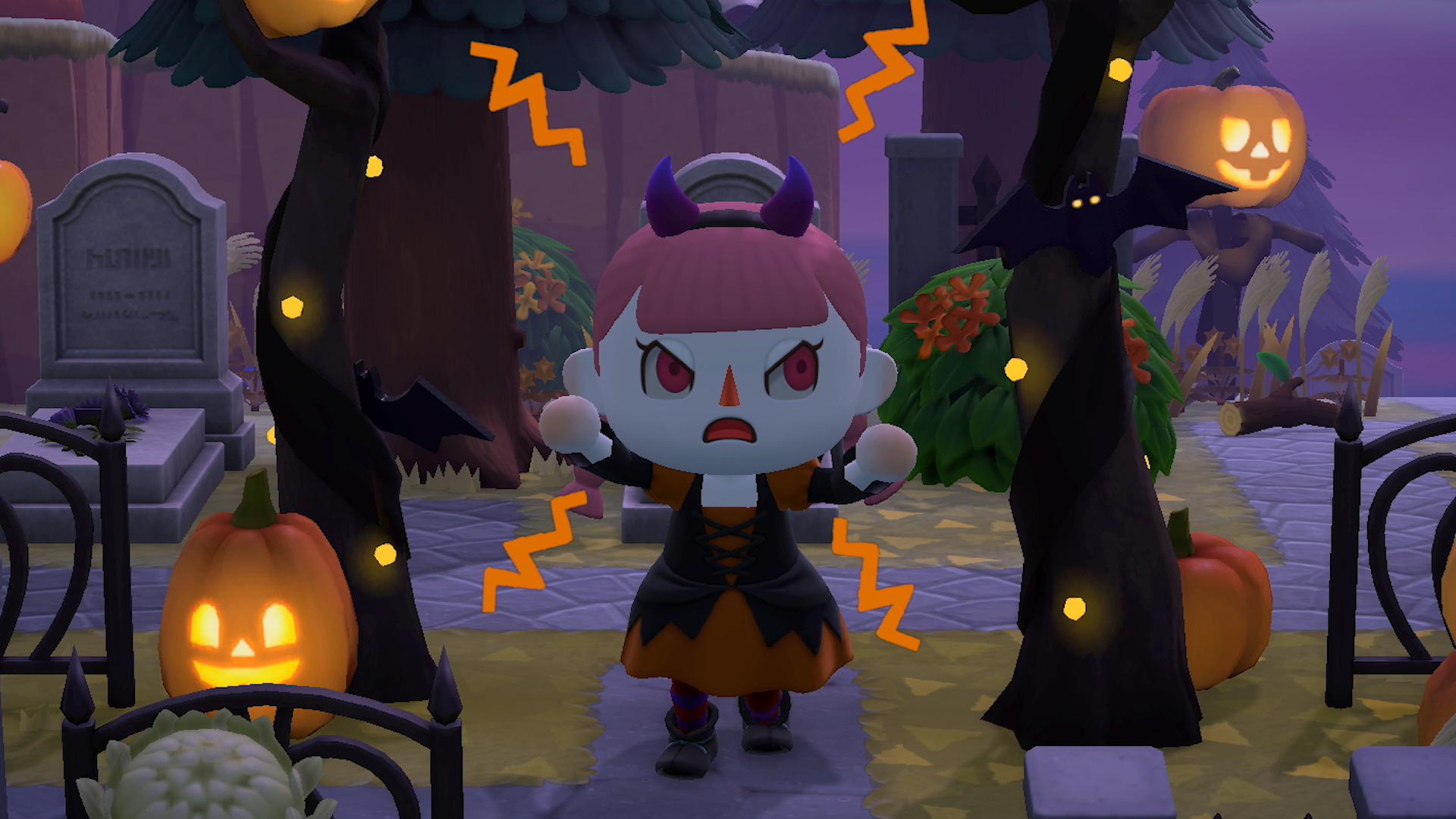 For those of you wondering when the Animal Crossing New Horizons Autumn update will be arriving, you can wonder no longer. Nintendo has announced that the Autumn update for the game will go live on September 30th.

It will have a number of Autumn and Halloween features and activities for players to partake in including Trick or Treating, Pumpkin harvesting, and getting into character with Halloween themed outfits and makeup.

The Nook Phone App will also be getting an update that will allow players to use their reactions at the press of a button. Another free update is also on the way sometime late November. For anyone who downloads the Autumn Update, they will also receive a Ring-Con as an in-game reward!

A new trailer for the Animal Crossing New Horizons Autumn Update has also been published on the Nintendo YouTube Channel but you can check it out along with more details about the update in the official announcement below.

25th September 2020– Autumn has come to  Animal Crossing: New Horizons, with acorns and pinecones falling from trees, waiting to be used for new DIY recipes. But there’s more content on the way. On 30th September, a free update* is coming to Animal Crossing: New Horizons, available for Nintendo Switch, that adds some spooky touches to the season with Halloween costumes, character customization options, DIY projects and festivities.

Here’s an overview of the new features the free update will add to Animal Crossing: New Horizons beginning 30th September:

The next update for Animal Crossing: New Horizons will arrive in late November.

The Autumn update for Animal Crossing: New Horizons will introduce Halloween-themed festivities alongside pumpkin harvesting and an update for the NookLink Service in the Nintendo Switch Online app.